I was in the vicinity of this coffee shop one morning before Chinese New Year and I went in to the chu-char (cook & fry) stall there that we would frequent quite regularly to order their Foochow fried noodles but the young boy was all apologetic. He said that they would cook selected dishes and serve with rice but no, noodles of any kind would not be in their menu. He suggested that I ordered something from the kampua mee stall in front but I was not in the mood for that.

I did say sometime ago that I would drop by next door to try the roti canai but I never got round to doing that. It looked like they had a different guy manning the counter now… 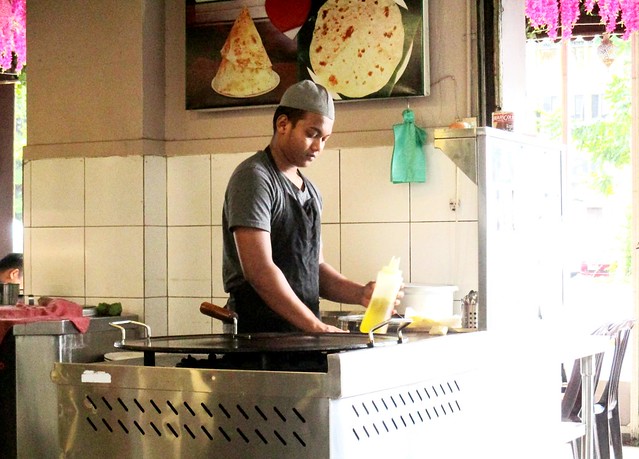 …not that it mattered – I just went ahead and placed my orders and sat down to wait.

I saw on the menu an item called roti prata…and all this while, my understanding is that we call it roti canai in Malaysia and they call it roti prata or paratha in Singapore but it is one and the same thing. According to Wiki, in Southern Malaysia and in Singapore, the dish is known as roti prata, [similarly] to the Indian paratha or parotta. The Hindi word paratha means “flat”. Of course, I simply had to order that to see what it was… 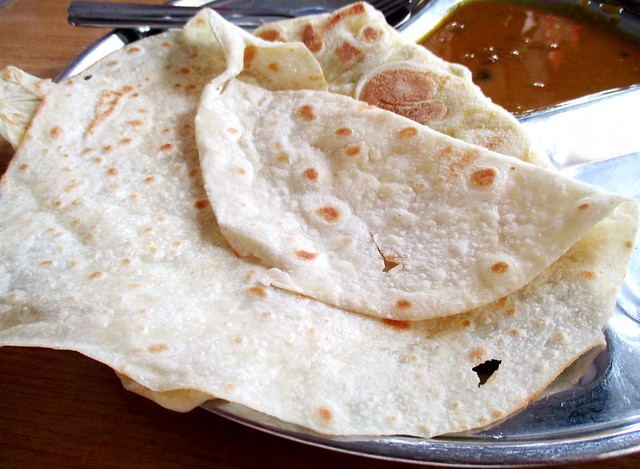 …and when it was served, I thought it looked like the roti canai dough minus all the stretching and twirling to get it nice and fluffy and layered but cooked in the same way on a hot metal plate. No, I did not think it was anything that tickled my fancy – it was tough and rubbery and hard and tasted kind of doughy and even the very nice and spicy dhal dip could not save the day.

On the other hand, the roti telur… 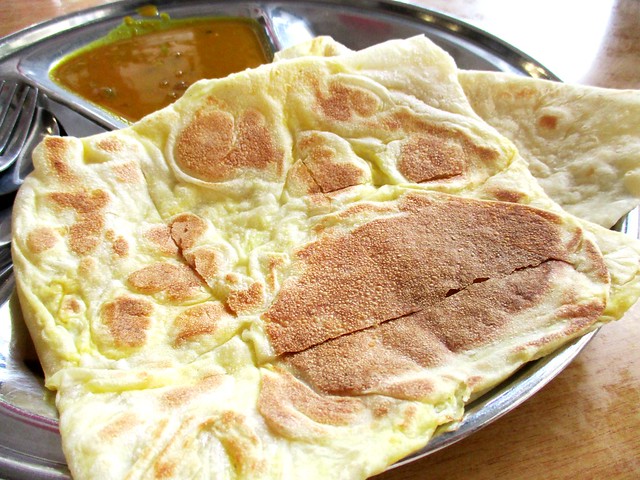 …(roti canai with egg) that I also ordered was very nice so I guess it would be safe to assume that the roti canai would be great too. Well, thankfully, at least one of the two was nice though I was wishing they could be a bit more generous with the dip – I really had to stretch it towards the end so I would not end up eating roti telur plain, without any dip. Perhaps I could have asked for more but I did not do that.

I can’t remember how much I paid that morning but I am pretty sure the total, inclusive of the kopi-o-peng, that I had was over RM4.00, probably RM1.00 for the roti prata and RM2.00 for the roti telur.

RESTORAN CHEF ALIBABA/SALAM ALIBABA KAFE is located right beside SYARIKAT KIONG CHUONG CAFE (2.291062, 111.827381) along Jalan Kampung Nyabor at the bend where one turns left or right when coming from Brooke Drive, in the same block as Malaysia Hotel right next door.