The dabai…or dabey as we would call it in the family – maybe that’s Melanau and the former is in Malay, I wouldn’t know – is our local version of black olives, hence the name or kana (in Hokkien) or or ka lang (in Foochow)… 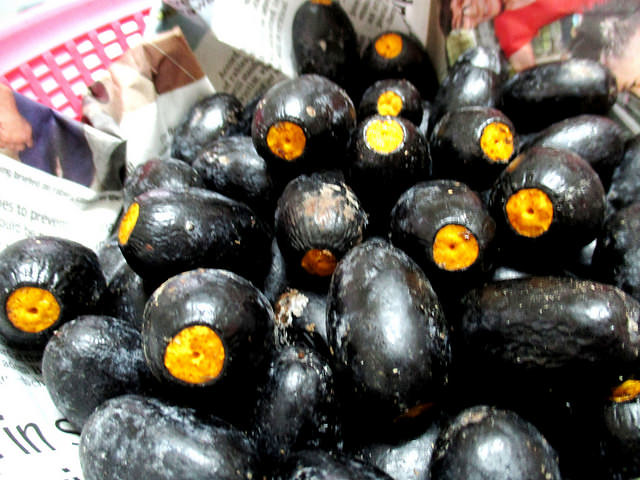 It is a seasonal fruit and in my growing up years, they would only appear at the end of the year. Times have changed and I wouldn’t know if it is due to the climatic changes we are experiencing in the world right now but it will appear a few times in a year, much to the delight of many who love the fruit.

The other day, I received an sms from a friend asking me whether he should cook the dabai first before preserving them by soaking in water with salt added. He probably had a lot of finish so he would like to save some to eat slowly. No, you do not have to cook it first, I told him – just soak in water, add salt and let it stand for a few days and it will turn reddish purple and can be put away in the fridge…to keep till like forever.

I would say it is an acquired taste – I, for one, am not a fan but my parents loved it so much. They would just take out one from the bottle and nibble…nibble…eaten with rice or porridge. I’m ok with it used to fry rice but I prefer using the fresh ones, skin removed so the fried rice would not be all black and unsightly but with the rich lemak taste of the fruit.

For the uninitiated, to cook the fresh ones, place them in water that is hot enough for you to put your fingers in…and wait. Add more hot water as and when needed, that is when the water has gone cold. If the water is too hot, it will cook much faster but it will be a little sour, not so nice. Do not, under any circumstances, go and boil them!

Long ago, they did not have dabai in Kuching and in the 70’s, I did bring some over and gave them to my college mate. When I asked her how she liked them she said she could not eat it as it was too hard. It turned out she did not know how to cook the fruit so she boiled it and the longer you boil, the harder it will become. These days, especially with the influx of people from Sibu to Kuching, they have dabai there too so I guess cooking the fruit is no longer a problem, unlike before.

The problem with this fruit is that you cannot keep it for too long – maybe that was why my friend wanted to preserve it. After a few days, they will start to wrinkle… 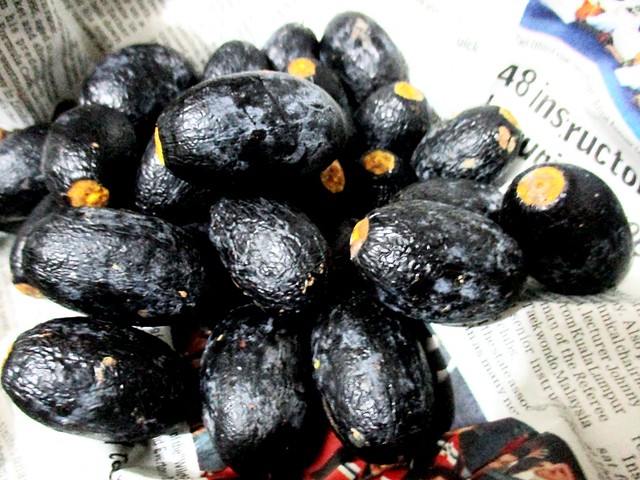 …and the skin somehow would seem thicker and harder and that would take away much of the enjoyment of the fruit. One way to prevent that…for a while…would be to wrap it in newspapers – for reasons unknown, it does seem to help a bit.

A couple of days ago, my sister dropped by our house and passed us a bag of the fruit, frozen! Yes, if you want to save some for later consumption like when the fruit is not in season…or you want to reserve for some relative or friend who would be coming back later in the year, you can just put the fruit in the freezer. When you want to eat it, you can just take it out and thaw it. Somehow or other, it will soften and will be ready to be eaten – no need to cook it like what one would do with the fresh fruit. I did tell my friend that and this certainly appealled to him a lot more than salting/preserving/fermenting. I guess this was what he did in the end. 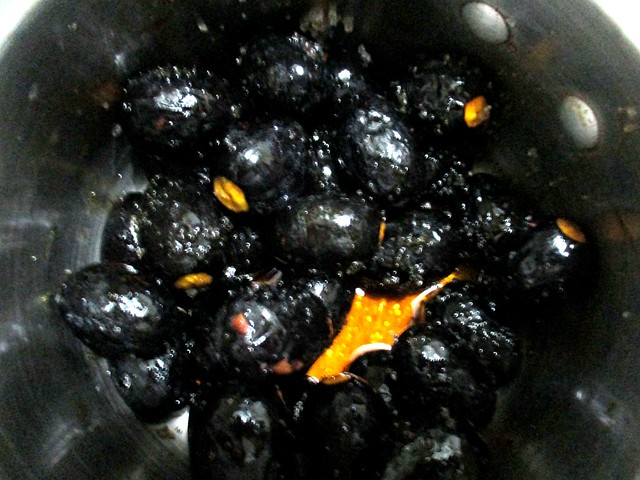 …the way we would usually eat it and yes, it was very nice… 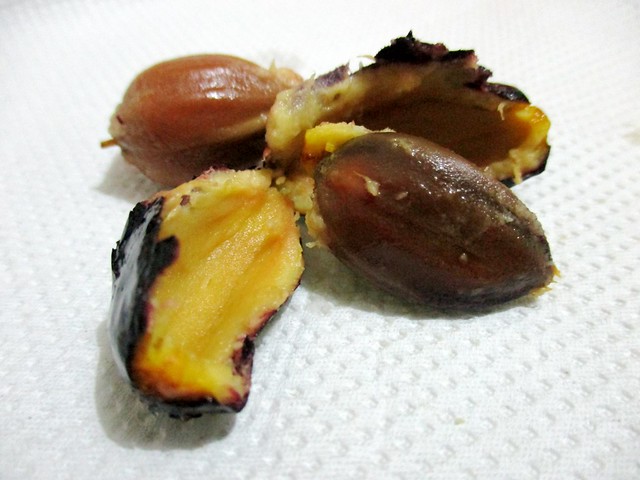 I did notice, however, that it must be eaten right away or the fruit will turn reddish purple where it is in contact with the skin and it would not taste so nice anymore, something like a toned-down version of the salted/fermented/preserved ones.