Somebody told me that the mee jawa here was very nice so the other morning, I decided to go and give it a try. Unfortunately, it was not available. For reasons unknown, they had decided to take it off the menu.

Well, since I was there, I decided I would just order something for breakfast. The roti canai I had here once was good but I did not feel like it that morning and the mee goreng did not excite me much so I would not want to go for that anymore.

In the end, I ordered their mee pok (flat noodles) with beef… 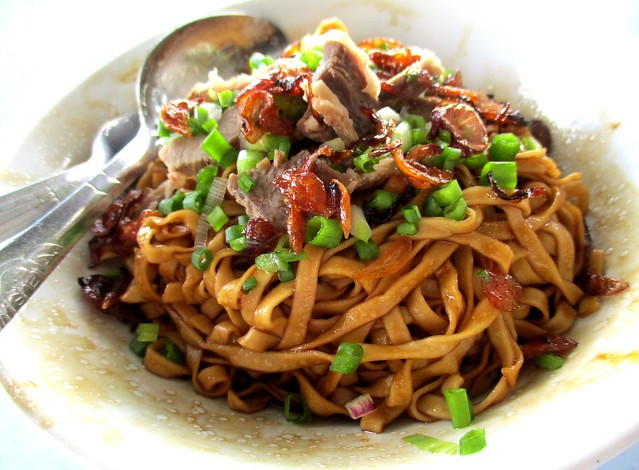 …but I forgot to tell them I did not want it with dark soy sauce.

I had their kolo mee once… 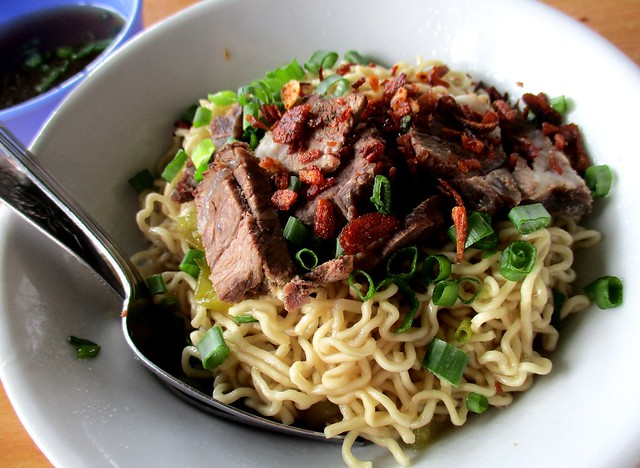 …with light soy sauce and it was all right so that morning, the whole time when I was having this, I kept thinking about how much nicer my Bovril noodles are in comparison. 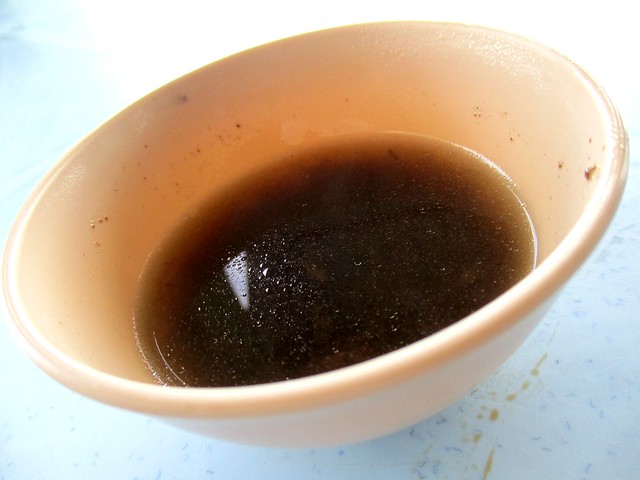 …was great, as always, but they gave so little of it and there I was, wishing that they could be just a little bit more generous.

Their mee pok seemed very much smaller, half the width of the regular ones… 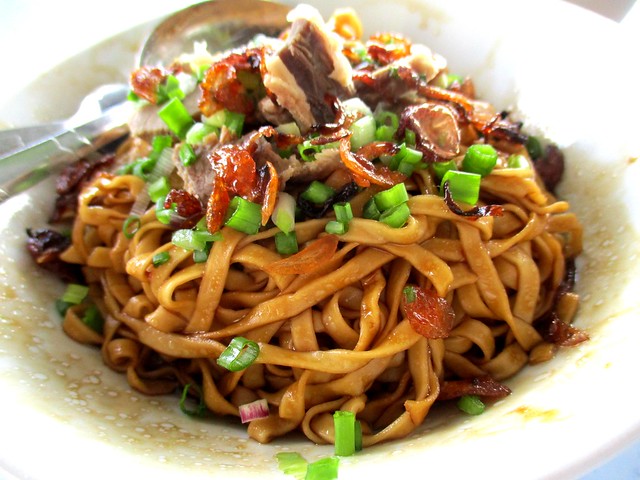 …and that got me wondering if they had used their own Malay/Muslim made ones or those dried instant noodles sold in packets at the supermarket. For one thing, I was glad they did not use those commercially-produced fried shallots which usually would have a certain smell that I am not particularly fond of. They use a lot of those at the Malay shops and stalls.

All in all, I would just say it was all right, not anything that would get me going back there for more…and at the price they charge for it, RM5.00 a bowl, I can easily go for two plates of our kampua mee at some places around town.

DAPUR AZRA (2.308398, 111.819744) is located at the shops at Simpang Tiga, along Lorong Kuda 2, back to back with Bisonte Grocer & Deli, facing Jalan Kampung Nangka and the road leading to the one-time ferry point.