We love the kampua mee here… 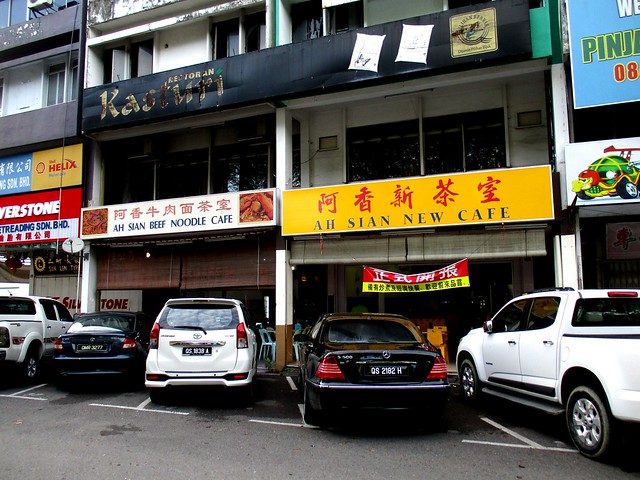 – it was the only one that my girl would eat before she discovered that she was gluten-intolerant…and the clear beef soup is very nice too and we so love their chili dip as well.

Well, last Sunday was a public holiday here, our independence day, so we did not have to make our way to my girl’s school in the jungle till Monday. After the morning church service, we decided to stop by here for breakfast and that was a big mistake!

Long ago, when it only occupied one shop lot, there was a grim-faced lady, Miss Congeniality she sure wasn’t, who went from table to table to take everyone’s orders. No one else was allowed to do that – they only did the serving and all the rest. Then a pleasant friendly guy took over and now that they have expanded, there were two other guys with him – the lady was nowhere to be seen.

The one who came and took ours seemed to mess everything up so we had to repeat everything and after he had left, my missus said that he would probably mess all our orders up.

The drinks came and yes, they were exactly what we wanted – that sure was a relief…and then the noodles came – this… 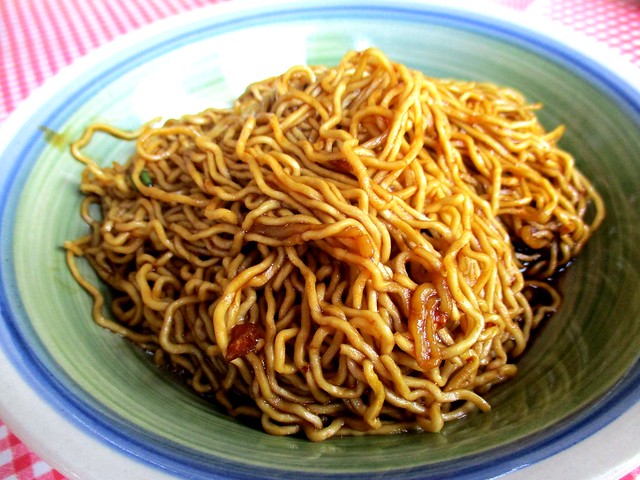 …kampua mee kosong with black soy sauce. Now, we never said we wanted it black. I am no fan of it black as the strong taste of the soy sauce would be overpowering and it would drown out the nice subtle taste of really good kampua mee.

We asked for two but got only one and a bowl of beef noodles, soup… 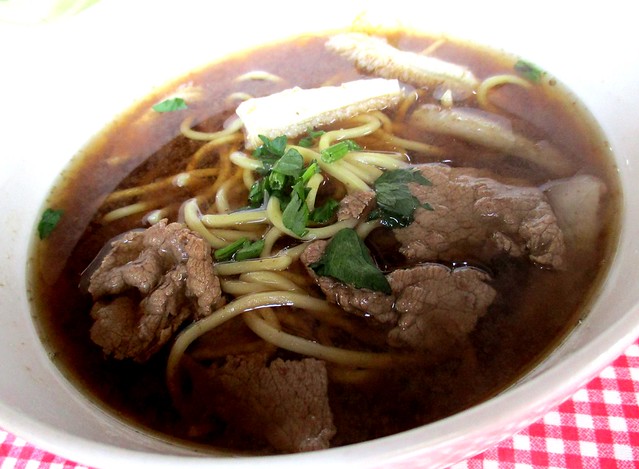 My missus said she did not mind having that and so she did while I had the aforementioned kampua mee kosong, black and this little bowl of beef soup special… 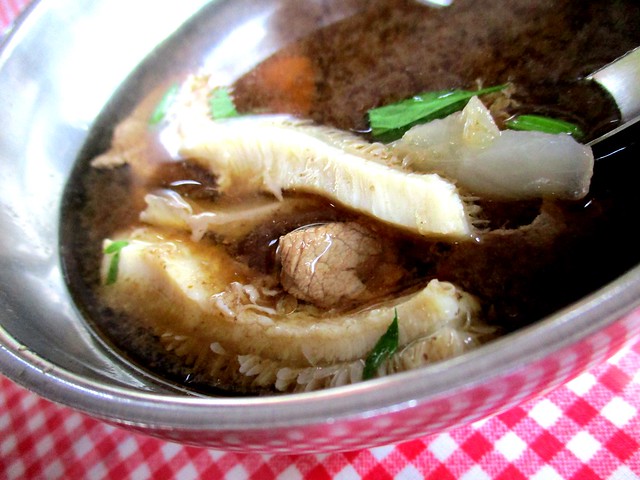 …with strips of tripe and tendon.

We ordered kway teow, done kampua mee-style for my girl as it is gluten-free but it never came. I asked the mum to go and ask and yes, after she did that, it came soon enough by which time I was already in no mood to take any more photographs.

Then the guy who took our orders came with a tray of three bowls of kampua mee, white…no, not two but three – and he said that we had made a mistake and had eaten somebody else’s orders. WHAT??? WE made a mistake! Your worker served them to us and we assumed that YOU had made a mistake and we were nice and gracious enough  not to make a fuss and to just quietly eat what we were served but of course, I said nothing – my girl does not like me making a scene in public. The guy took the noodles back probably to serve to somebody else.

When my girl was done, I paid for what we had and left…and looking at how messy things were that morning, we probably would not be back again…or not when there are a lot of people, definitely!

AH SIAN BEEF NOODLE CAFE (2.293063, 111.826106) is located along Jalan Tuanku Osman in the block of shops right in front of the Public Bank, Tuanku Osman branch, right before the tyre shop and below the Kasturi Restaurant at the other end.