Not too long ago, I shared on Facebook a series of photos of the Foochow fried noodles that I ate here, there and everywhere and somebody asked me how to order that. Well, I would just order Hock Chiew char mee, tam or Foochow fried noodles, wet or in other words, with sauce or gravy.

However, what you will get may vary from place to place. There are places where the sauce or gravy is clear…

…even though it will also turn dark when you mix everything together. Still, I am not fond of that so needless to say, you will not catch me going back to that same place again. 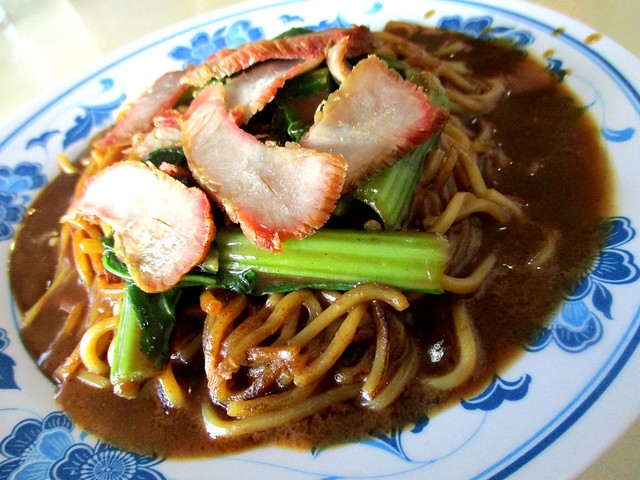 They will usually fry the noodles with garlic and soy sauce and whatever else, dry first and put it all in a plate. After that, they will go on to cook the gravy to pour all over the noodles.

There is another way of doing in whereby they will do the latter but instead of pouring the gravy onto the noodles, they put the noodles back into the wok and cover it to cook for a while before dishing it all out onto a plate. They tell me this way of cooking our Foochow fried noodles is called moon… 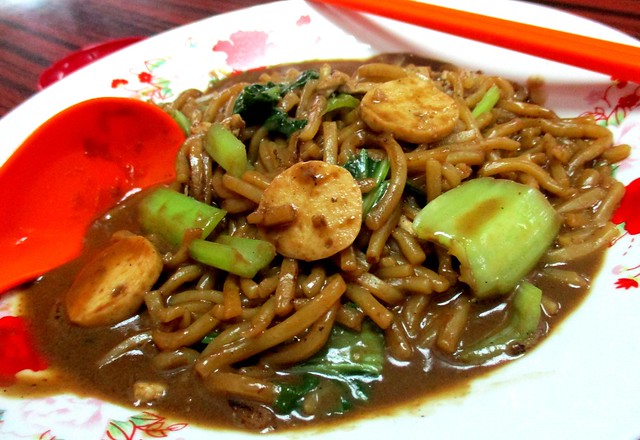 Well, I was in the vicinity of this coffee shop the other morning and I did see somebody sharing a very nice photograph of their Foochow fried noodles on Facebook so I decided to stop by to give it a try.

Of course, I had to have their celebrated coffee, iced and black… 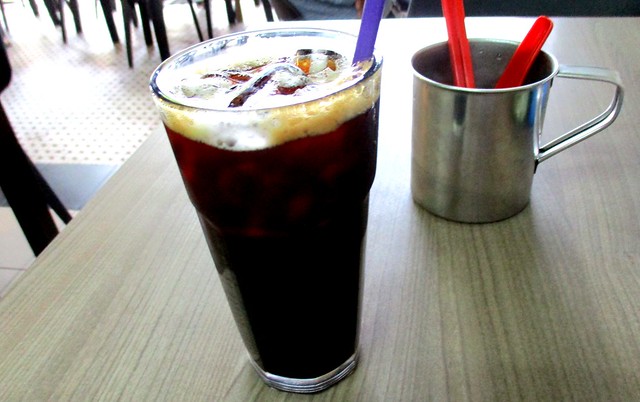 …the way I would usually have it and yes, it was good.

And yes, as regulated by the authorities here, they did give the hot water for me to sterilise the chopsticks and spoon before use. In fact, the waitress tested it first and upon finding that it was not hot enough, she took it back and came out with something more to her satisfaction.

I must say also that I was impressed by the cleanliness of the place as a whole, so very clean especially for a coffee shop, much cleaner than some of the more upscale cafés and restaurants around here.

I ordered their fried noodles, moon and sat there and waited. Boy! For reasons unknown, it sure took a mighty long time like that time when I was there for the kampua mee and when it was served… 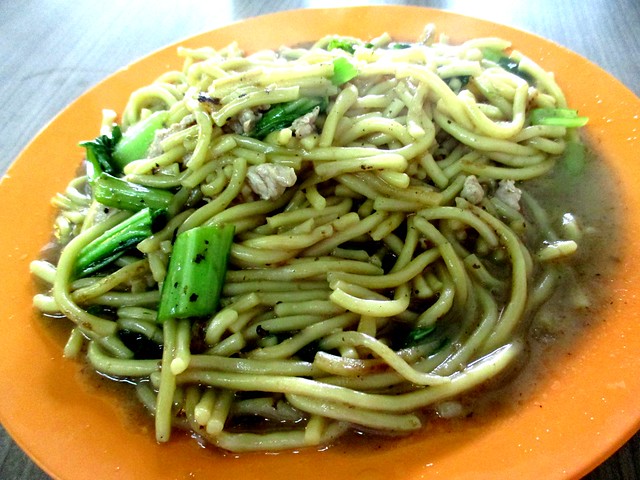 …I must say that I was quite disappointed. It sure did not look all that enticing.

However, when I tried it, I thought it was quite good… 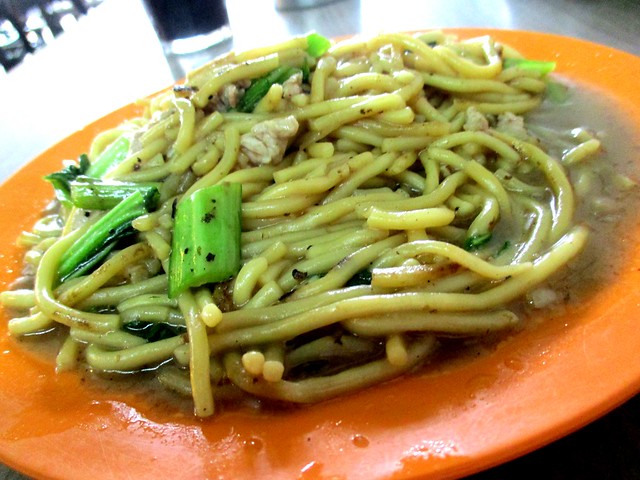 …but for RM4.50 a plate, I sure wouldn’t mind a few thin slices of their char siew or roast meat. This place is famous for those or perhaps I was too early in the morning and they were not ready yet – the cabinet at the stall designated for those was still empty.

As it was, at that price and owing to the lack of ingredients, I probably would not be all that keen to go back there for that again.