A very Happy Dragon Boat Festival (端午节[duān wǔ jié]) to all celebrating this auspicious occasion in the Chinese Lunar calendar.

I guess by now, many would have made their own or bought those traditional  chang/zongzi (meat dumplings)  to enjoy. I was so blessed as my friends made their own that day and sent some to my house and without fail, like what he would do every year, my dear friend, Richard, made his out-of-this world nyonya chang… 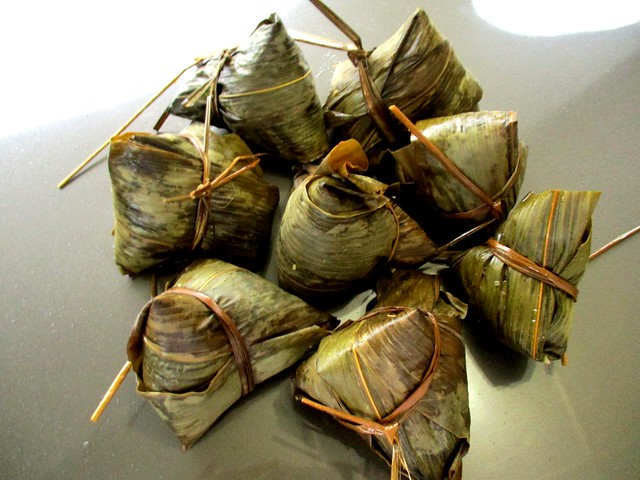 …and gave me some too. Thank you so so much, all.

Every year for many years now, without fail, I would blog about the ones Richard gave me and I think I also shared the photos on Facebook and my cousins in Kuching were green with envy, One of them said, “Anay ho mia!” or so very lucky, literally meaning “such a good life” as I was able to get to enjoy the nyonya chang from someone in Ah Hiok Ee’s family. Ah Hiok Ee (Auntie Ah Hiok) was a close family friend renowned locally for her cooking and baking – my mum would buy her cookies for Christmas or Chinese New Year and I would be sent on my bicycle to go and collect from her house.

Well, my cousin was in luck this year as they were in town when Richard sent his much-coveted dumplings over and the instant she saw my photos on Facebook, she asked right away, “Any more tomorrow?” They had planned to drop by my house in the afternoon the following day to just sit around, chit chat and gossip and what not.

When I was young, my mum would cycle to my maternal grandma’s house in Kampung Nangka here and she would always let me tag along. She and her mum and sisters (my aunts) would sit on the floor, chewing sirih (betel nut leaves) and buah pinang (areca nut)…and roll their own tobacco in the very very thin paper made for the purpose and smoke. They would talk and laugh while I just sat by the side and listened to their interesting exchanges. Somehow or other, I  did not find it boring, not at all.

Come tea time, they would brew a pot of coffee, Mui Hock, no less, and they would take all kinds of things out of the cupboard, tins and containers for us to eat and enjoy. There might not be anything really special since those visits were usually made unannounced but somehow or other, even the cream crackers or loti kaben (Cabin crackers, now Osborne) tasted so good when shared in such delightful company.

I loved it when they had the salai ikan (smoked fish) or prawns that we would eat with sagu’ (sago pellets) – my maternal grandma was a Melanau and without fail, they would have that in the house…and we had some kind of tea along those same lines that day when my cousins from Kuching dropped by my house.

Of course, I had to serve them Richard’s nyonya chang… 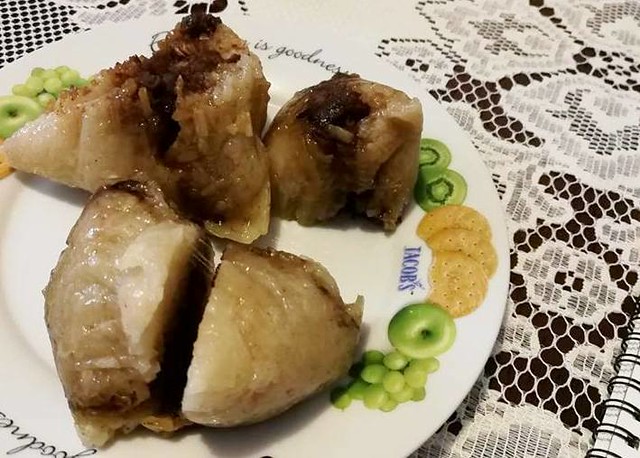 …just two (Hehehehehe!!!), cut up to share so there would be enough to go round and boy, they absolutely swept them off their feet.

They praised it to the skies and were so very impressed that the meat was cut into tiny cubes, not minced meat from the blender or bought from the market and also by the winter melon added, cut into minute cubes as well… 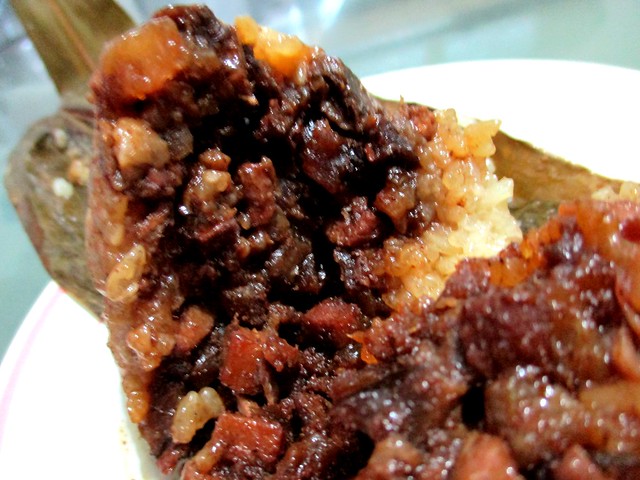 It certainly was a labour of love  on Richard’s part and it sure paid off…and of course, his were bigger and there was a whole lot more meat filling than any that one can dream of when buying the ones commercially made and sold in Kuching, Singapore, Malacca or anywhere else, for that matter.

Unlike at my grandma’s kampung house, I did not have much to offer so I went to the shop round the corner and bought these Foochow traditional delights, the ma ngee (horse’s hoof)… 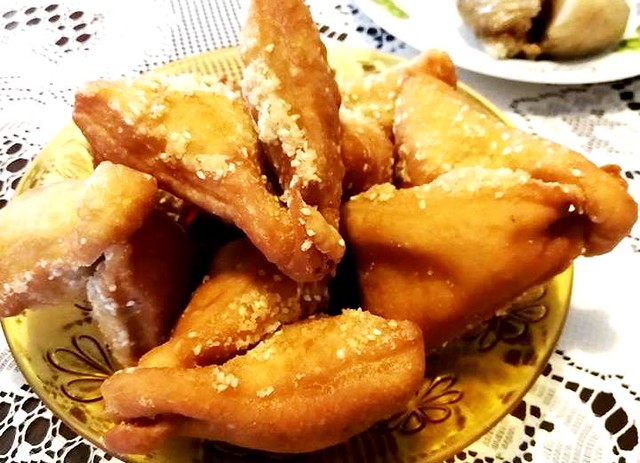 …and yes, they agreed that the ones available there in the afternoon were pretty good and we also had our Sibu Foochow shortbread, the Pek Guek Tong Chiew pia, those traditional Foochow Mooncake Festival biscuits.

However, even though limited compared to what we would get to enjoy at my grandma’s house – why, I did not even have Mui Hock coffee, only Nescafe – it sure brought back fond memories of those wonderful days in the years gone by. The world has grown smaller, they say but never have families grown so far apart compared to those times in the past – on my part, I was glad to have some time to spend together with my cousins that day, just like in the good old days…or almost, at least and I look forward to any opportunity to do something like this again. As the lyrics in the children’s song go, “The more we get together, the happier we will be!“

8 thoughts on “Get together…”