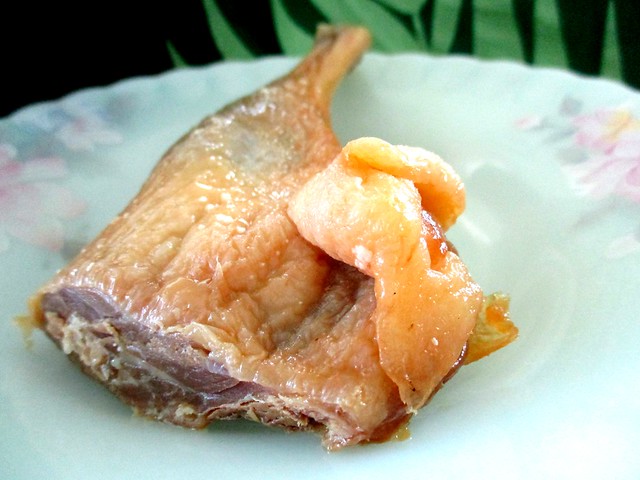 …is not that old but I bought it sometime before Chinese New Year this year. For the uninitiated, this is the traditional Chinese delicacy, one of their preserved meats, the waxed duck.

I cannot recall if I had tried it before myself but what I know is that it will make its appearance once a year, before Chinese New Year. My mum loved it a lot so every year, I would buy for her – she would have it steamed on top of the rice and eat with it or she would have it with porridge.

My missus said that her parents enjoyed it too but they would go a step further. They would add soy sauce and msg and steam and eat. Of course she herself would never touch the thing – she does not eat duck.

Well, earlier this year, before Chinese New Year, I bought one drumstick for my mum – I don’t know if she ate it or not as her appetite was not too good around that time…and I kept one for myself to try. Of course, with all the things going on soon after, I forgot all about it and the other day, as I was rummaging through some of the things in their containers in the fridge, I found it!

I think my missus did cut a bit to fry rice with but it did not leave any impression. I did not feel like I ate anything with it or maybe its taste did not stand out at all so it might as well not have been there. I googled for some recipes that I could follow and I only found the ones for waxed duck claypot rice or lap mei fun (瓦煲蜡味饭) but no, I did not want to cook that as I would be the only one eating since my missus would not touch the meat.

In the end, I decided to do what I would usually do when steaming fish – add thinly-sliced strips of ginger, finely-chopped garlic, bits of cili padi and garnish it with chopped spring onions and some dill from my garden… 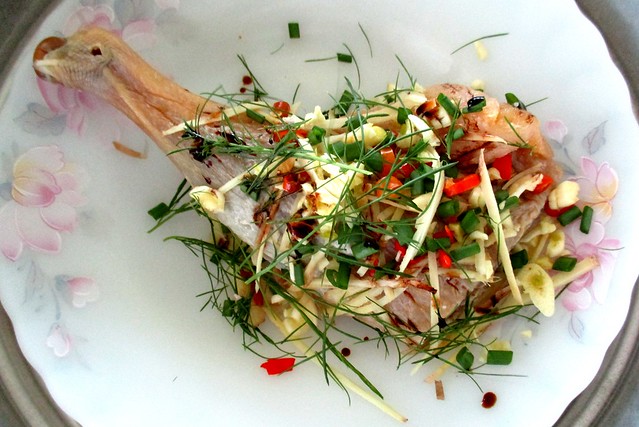 …and steam. Yes, I did sprinkle as few drops of soy sauce like what my in-laws used to do but I did not want to add a lot for fear that it would be way too salty as a result. I would have added some daun sup (Chinese celery/parsley) too – I had a plant that was growing pretty well in my garden, despite a lot of people telling me that it was so very difficult to plant, but eventually it called it a day. I have yet to try and have another go at planting it.

This was what it looked like once it was done… 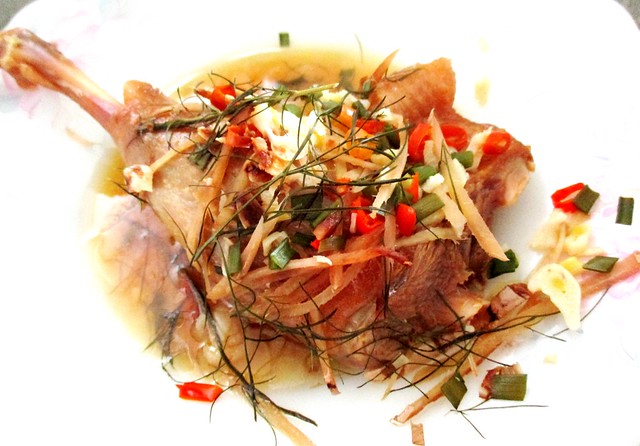 …and I had it with rice for my dinner that night.

So did I enjoy it? I would not say that it swept me off my feet – it had its own unique taste and it was extremely salty! I had to nibble bit by bit and eat with rice like eating salted fish…plus it was very tough! 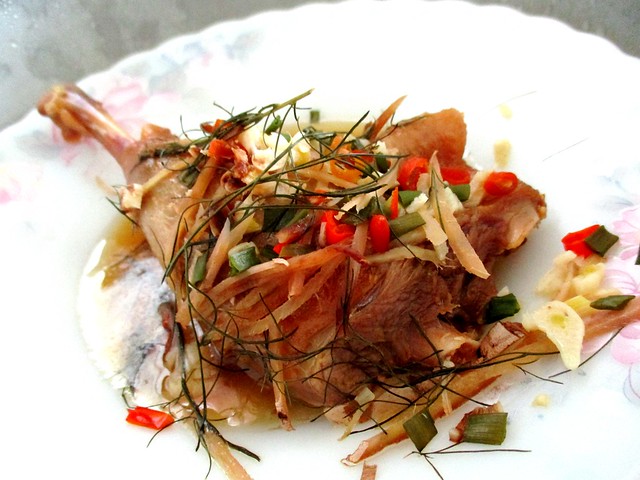 I must say that I would very much prefer freshly-cooked duck, phak lor (stewed with five-spice powder), roasted or cooked in any other way or even those somewhat expensive slices of smoked duck that are sold at some supermarkets.

Ah well! At least I have tried…and now I know.