I usually have my dinner at around 6.00 p.m. every day. That may be considered a little early for some people but all this while, that is our usual time unless there are other arrangements.

Last Sunday, after we had come home from sending my girl back to her school in the jungle, I was having my dinner when my good friend/ex-classmate, Robert, called. He said he would like to meet me to discuss something but I was already halfway through. I told him I would go as we had not got together for quite a while now but I would not be eating much anymore.

I met him and his wife, Angela, here and they ordered a few dishes for the two of them but I did have a bit of what they were having. There was this Thai papaya salad dish, the som tam… 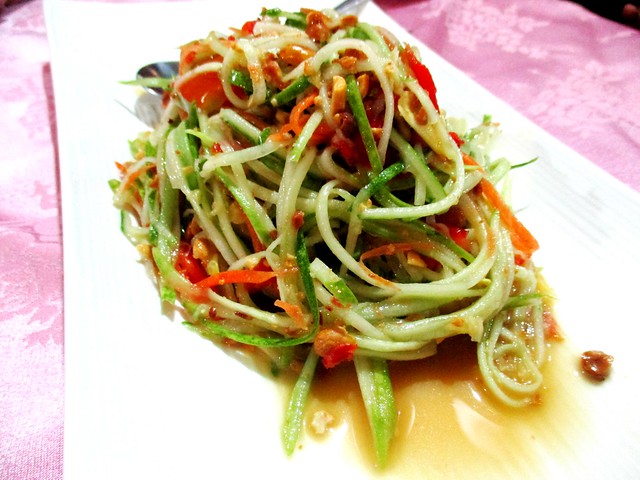 …and they had the white/clear tom yam soup… 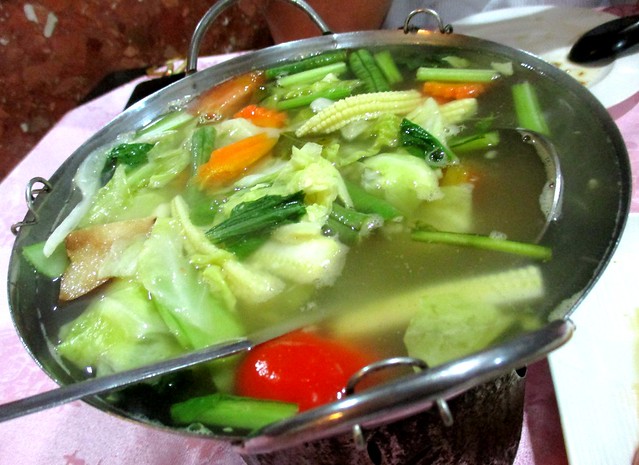 They said that they had been having that lately, a welcome change from the spicy and creamy version… 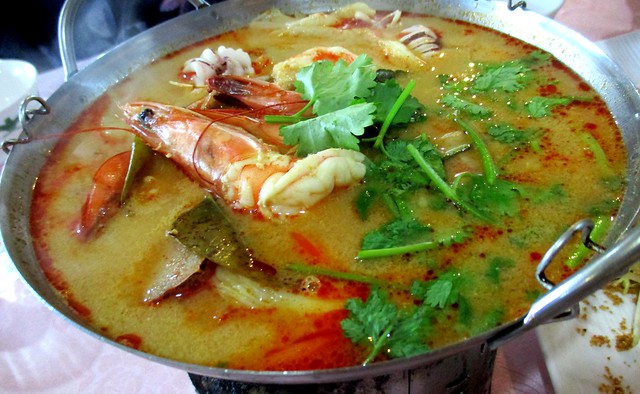 …that my girl likes a lot.

There was also this omelette… 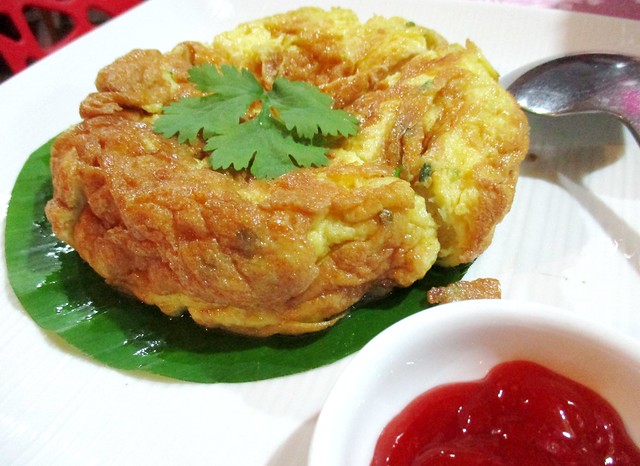 …which was nice but really, that was the first time I had seen an omelette that thick and it was a wonder that they did manage to get it perfectly cooked inside.

I could guess that Robert wanted to talk about the plans of our high school reunion in April next year. They have been discussing it full swing already on WhatsApp but of course, I am not in the group or any group, for that matter, as I do not have a smart phone. Some of the ladies did contact me regarding this even though it is still a year away.

They had had a few reunions before the one I attended in 2011 and then, we had one in 2013 followed by the grand reunion dinner organised by the alumnis of our schools and though those of us from around here have attended the ones in subsequent years here, here and here, we have not had our own, just those of us from the same year when we were in school since the aforementioned one in 2013 (though I heard the ladies had their own this year in Kuching) – I guess after five years, it will be good to get together again.

FLAVOURS THAI KITCHEN (2.292836, 111.828287) is located on the ground floor of the ORCHID HOTEL, along Brooke Drive at its junction with Jalan Tunku Osman. You can use its main entrance at the back of the hotel building (facing Brooke Drive) or go through the lobby past the reception desk if you are using its hotel entrance.