I was here less than a week earlier and when I shared the link to the blogpost on Facebook, it sure stirred a whole lot of interest. Rose said that she went there before so I went to her blog to have a look at her post on it and lo and behold! She had the special and it looked so good that I made up my mind there and then that I would go back there for that…soon!

It so happened that my nephew, the youngest son of my cousin, since deceased (I was at his brother’s wedding in Kuching not too long ago) , was coming home that night and he asked in his comment on my Facebook post whether I could take him there. I had something on that morning but yes, I told him we could go there for breakfast earlier, at around 7.15 a.m. and he was fine with that, so there we were… 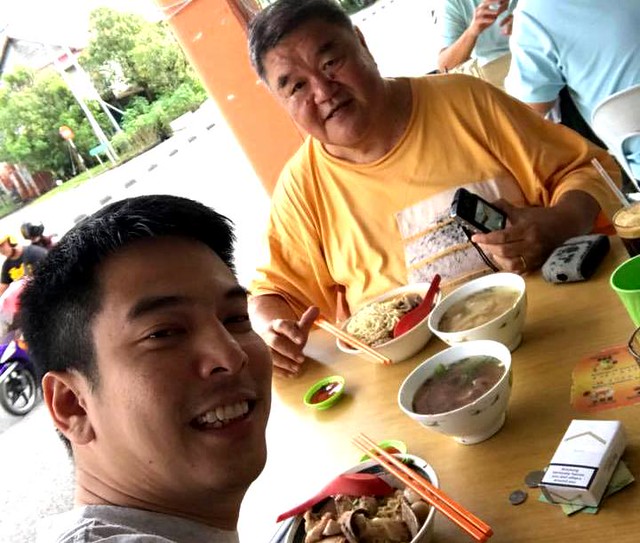 …at the coffee shop seven early, eight early and even so, the place was packed. It was a lot more crowded that when I went just as early that Saturday morning. Probably everybody was stopping by there for breakfast before heading off to work. 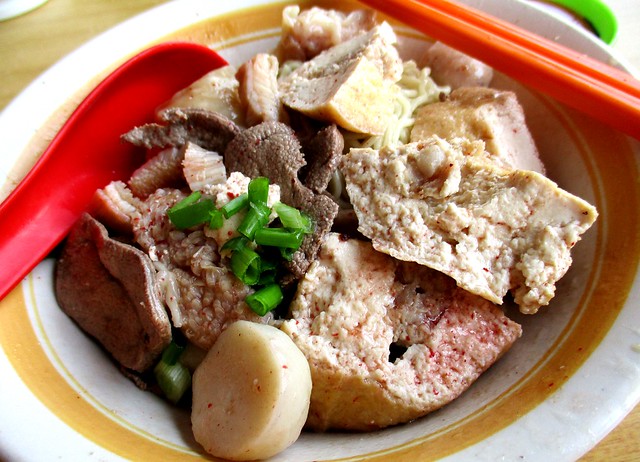 …and yes, I did notice that the noodles were just right that morning… 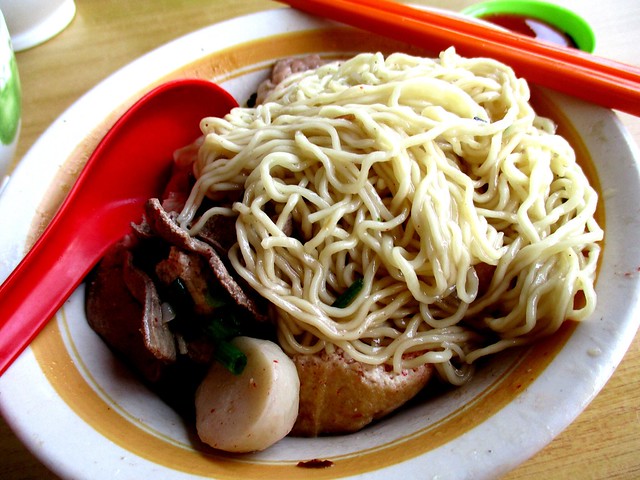 …not as soft or slightly overcooked as the previous time when I was there.

Don’t ask me how the overall taste was though – I was too busy chatting with my nephew, catching up with what had been going on in his life since he left Shanghai to go and work for an American company based in Bangkok, Thailand…and I sure am glad to hear that he is doing very well and is very happy there.

He had the liver soup and I had the pian sip… 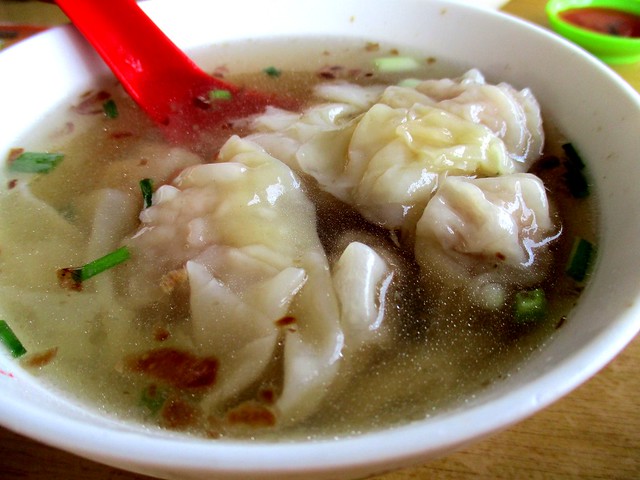 …and I thought it was all right too. I did not try his though so it looks like I will have to go back there again one of these days for that.

Thank you so much, Edgar, for picking the tab – I should have been the one paying since it was some kind of a welcome home treat. I guess there will be other times for me to do that…either here…or in Bangkok, eh?

KENYALANG CAFE (2.293891, 111.827688) is along Jalan Keranji, the first shop in the block past the Sibu Public Library and the parking area on your left if you are coming from Brooke Drive.