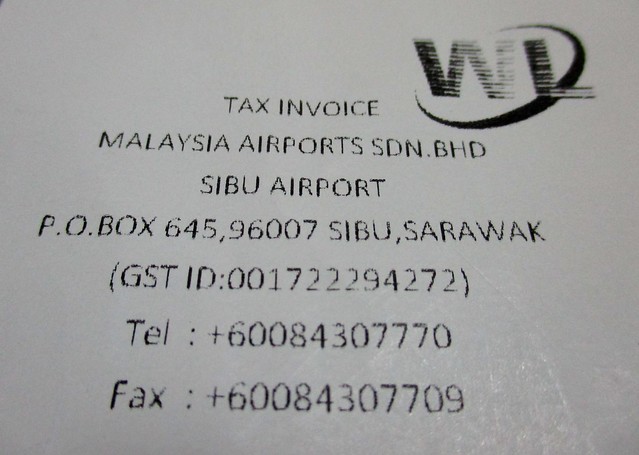 …and it has increased from RM1.50 to RM2.00. Well, it sure did not get me pulling all my hair out – after all, what has not increased in price? Besides, I do not go to the airport all that often.

Well, it so happened that I had to do just that the other day as my cousin and her hubby from the UK were dropping by Sibu for a couple of days and to drive into the parking zone, I had to press a button and get a card. I did not have a problem with that.

There were lots of parking spaces, obviously due to the price hike – that is quite typical of the people here and pretty soon, they will forget and the place would be quite full and one would have to park one’s car far far away from the terminal building.

A friend of mine happened to be there, about to leave, and he stopped his car beside mine and told me that they were using the auto pay system now and one would have to pay at the counter beside the Sugar Bun outlet there… 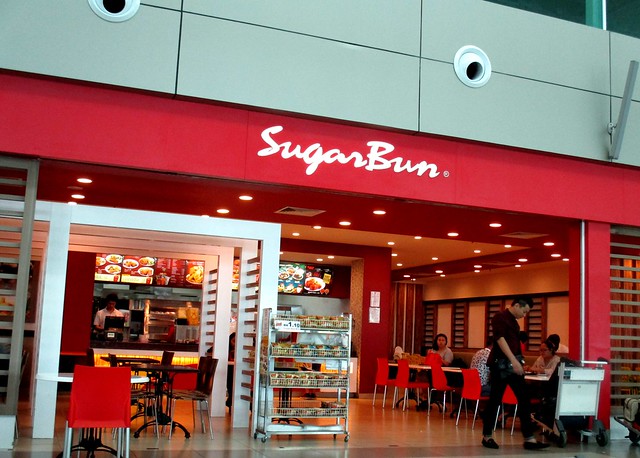 …before one could get out of the place. When I shared about this matter on Facebook, another friend told me that she was stuck there for half an hour the day before because many people did not know this.

Again, I was fine with it, thanks to my friend for letting me know. As I was walking to the counter, I saw a few auto pay machines but there were signs on them stating that they were “under maintenance”. What? I thought they just started not too long ago. I wonder how much they paid for those machines and if they did work at all when they first started this whole thing. 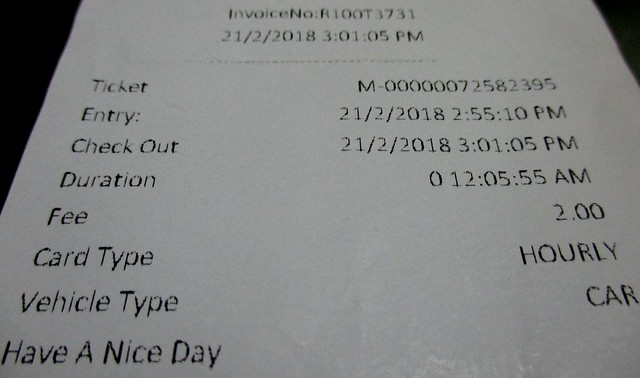 …straight away thinking that I would have an hour since the time of entry and I waited for my cousin and her hubby to arrive. We were lucky that day as the flight was neither delayed nor cancelled. It was pouring cats and dogs when they landed and I told them to wait for me outside while I went to get the car to drive over and pick them up.

So there I went in the heavy rain and when I put the card into the machine, I saw the digital thing on it saying that my “grace period had expired”. I tried again and there was a voice on the intercom telling me to go to the counter beside Sugar Bun and pay. There was a car behind me and he honked at me impatiently. @#$%^&*!!!!! Blardy road bully, kurang ajar!I quickly reversed and re-parked my car and went back to the counter and paid an additional RM1.00… 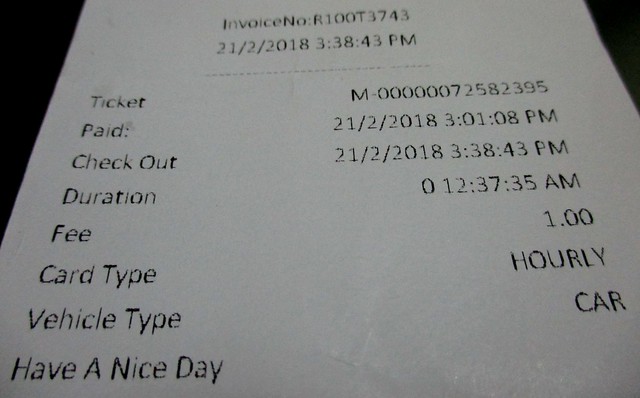 …to get out of the place. The guy manning the booth said, “Lain kali, uncle, mahu jalan baru bayar!” (Next time, uncle, pay before you leave). Tsk! Tsk! I thought I could pay first and relax after that, no need to worry about it as I would have an hour at my disposal.

Well, in case you didn’t know all this, now you do! I wonder how long the “grace period” is because honestly, it is not near at all, the counter from the parking zone and imagine the not-so-agile warga emas (senior citizens) like me having to walk all the way there to pay and back again to the car to drive out of there! I hear at the UTC (Urban Transformation Centre), they have this autopay system too and it is printed in the payment chit that you have 30 minutes to get out of there – I did not see anything in the two that I got here that day.

Yes, by all means, increase the parking rates but they should, at least, make sure that the change is for the better and that their system is user-friendly, easier or more convenient for the people concerned…not worse!