My missus and I managed to drop by here for lunch one day while my girl had gone off with her friend/ex-coursemate from Sabah/Miri and the hubby to Sarikei and we thought the food was really good. That was why all this while, I was thinking of going there again with her.

Well, last Saturday, we did manage to grab a parking space close by – more often than not, it is virtually impossible to find one in that very congested part of town – so I suggested that we went there. My girl did not seem all that keen initially but I managed to convince her that the food was really good and worth a try.

We had the fried black pomfret (ikan bawal hitam)… 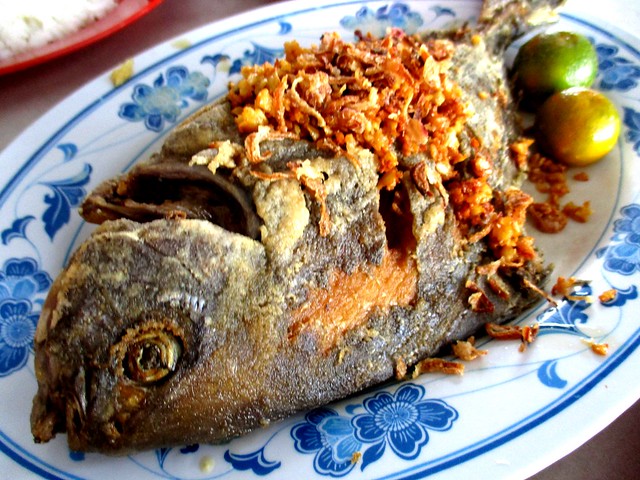 …garnished with fried shallots and garlic and it was really good, so very fresh and nice. Actually, I wanted it sweet and sour, the white version but the boy said they only had that with tomato sauce. I had that somewhere else a long time ago. Probably they used vinegar and sugar with a whole lot of chopped Bombay onions, chili, garlic and whatever else to cook the gravy/sauce.

I ordered the bitter gourd omelette… 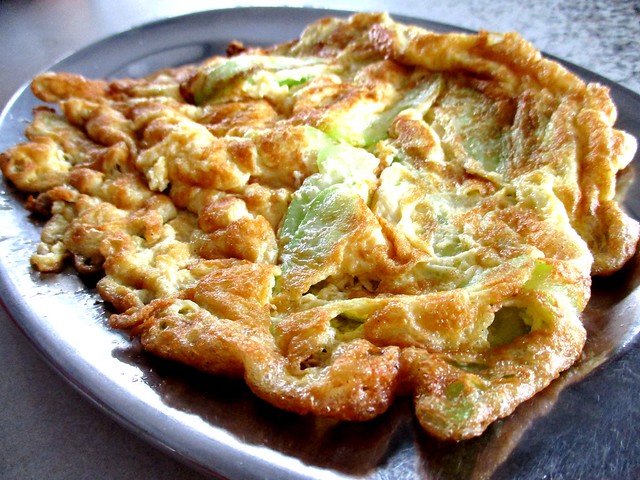 …that we had the last time and I thought theirs was my favourite in town. My girl tried and agreed wholeheartedly that it was very nicely done.

We also had their Foochow-style tofu with canned oysters soup… 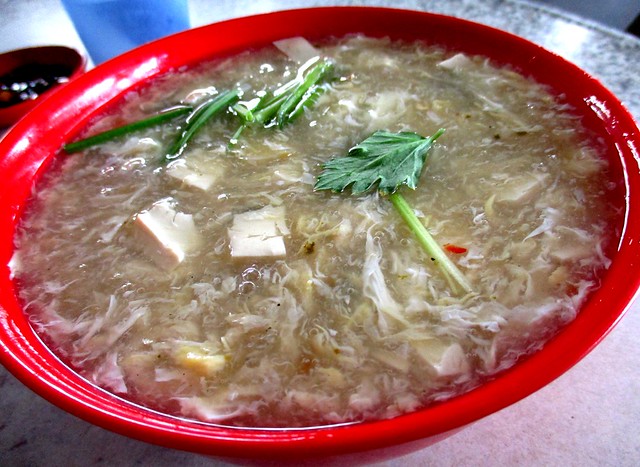 …which turned out rather different from the regular. I don’t know what else they added – it did seem that there was the traditional Foochow red wine in it – but all in all, it was very nice, different but nice.

I asked for the siew yoke (roast pork)… 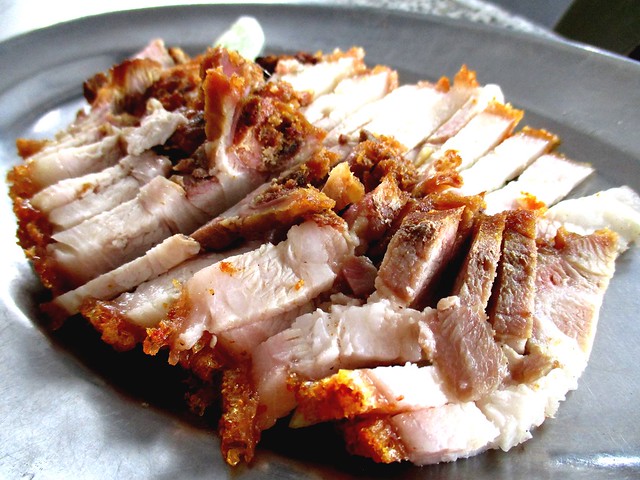 …too and when it came, my girl said that she had her eyes on the slab hanging in the cabinet at the stall and was glad that I ordered it. I knew she would love that and she sure was happy I had picked this place for our lunch that day!

I noticed a rather peculiar arrangement here on our previous visit and I saw it again that day. The boss would sit at a table fiddling with his smartphone while the young boys would be busy preparing all the ingredients and everything at the stall. When all was ready, the boss would go over and cook the dishes ordered and once he was done, he would go back to the table and his smartphone. The boys would serve, collect the money – in fact, they would do everything except cook!

The fish that day was RM18.00 and the total for all the dishes and three plates of rice was RM49.00 so I reckoned the other three dishes would be around RM10.00 each, more or less.

Incidentally, I noticed that the kampua mee stall was completely empty and clean – it looked like the lady/ladies there had called it quits or moved some place else.

SYARIKAT KIONG CHUONG CAFE (2.291062, 111.827381) is located along Jalan Kampung Nyabor at the bend where one turns into Brooke Drive, a stone’s throw from Malaysia Hotel in the next block.