My Facebook friend, Lucas, dropped by my house to pass me this… 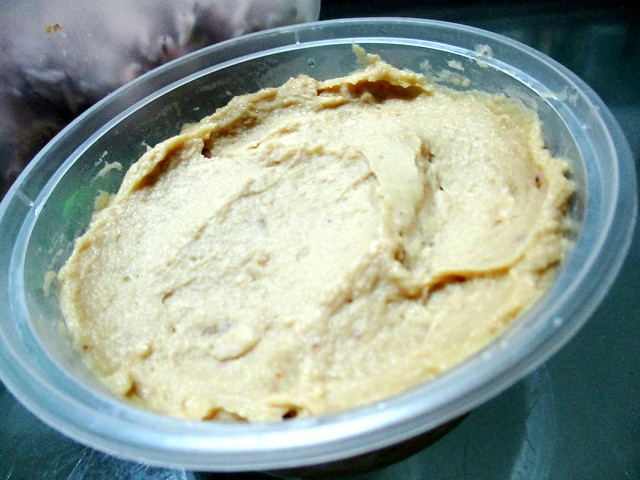 He cooked the dabai (our local black olives) and went through the chore of peeling off the  skin and using the very rich and creamy inside to make the paste which he said would go so well with bread.

I’ve done that before but I only needed a few to cook my dabai fried rice. It was very nice, much nicer than using the salted/fermented version but because it was so tedious, I never did it again. That day, since I had this paste, I decided to use a bit to fry some leftover ethnic brown rice that I had in the fridge… 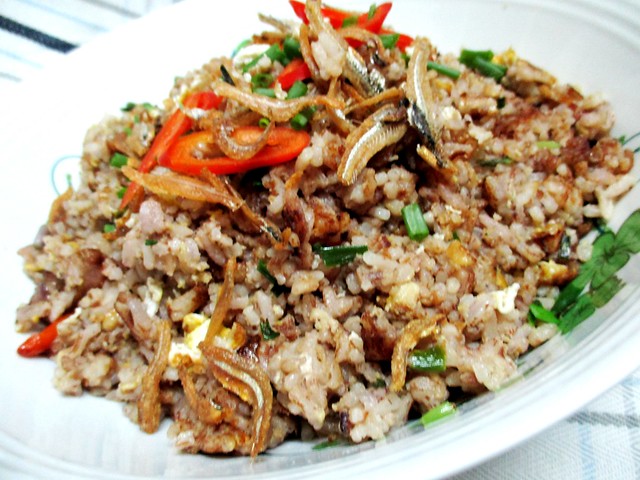 …and yes, it turned out really well.

I thought it would be nice with chips or nachos like those avocado guacamole dips but I did not have any in the house so I had it with some Osborne biscuits and yes, it was really good.

Of course, Lucas did not go home empty-handed – I gave him some of my best-in-the-world rambutans… 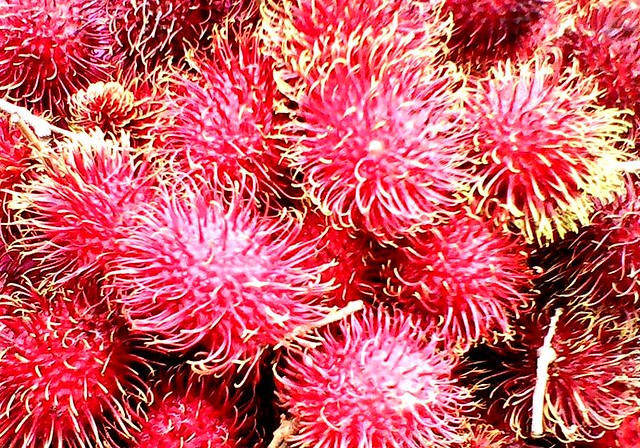 …but initially, I did not get any comment from him so I did not really know what he thought of it. Later, he told me that when he got back to his workplace, his workers ate all of them and did not even leave one for him. Oh dear!!!

I did give some to the people at the workshop I go to too that day when I took my car for its routine servicing. Initially, nobody batted an eyelid – I guess durians would draw a whole lot more attention, not rambutans but the boss tried one and he exclaimed, “Ha mik angmotan chee leh anay ho ciak eh?” (What rambutan is this, so very nice?) and he kept eating one after another. Everybody rushed for it and the whole bagful was gone in no time at all. LOL!!!

I have been plucking the fruit and giving to family and friends and of course, everyone loved it so much. Unfortunately, the tree has grown very high and wide so it is rather difficult to get to the fruits – I would have to saw the trunks to bring them down to pluck them. I wonder how long it will take to grow back and start bearing fruits again – the last time I had it trimmed and got all those parasitic plants and wild orchids on the branches cleared was in March last year and it did not take all that long to grow back again and yield a bountiful harvest.

Of course, I gave some to the wonderful people at Payung who had helped me with the tree twice already – Andy, in particular, likes it very much and talking about the café, I did drop by the other day and they had this (RM19.00)… 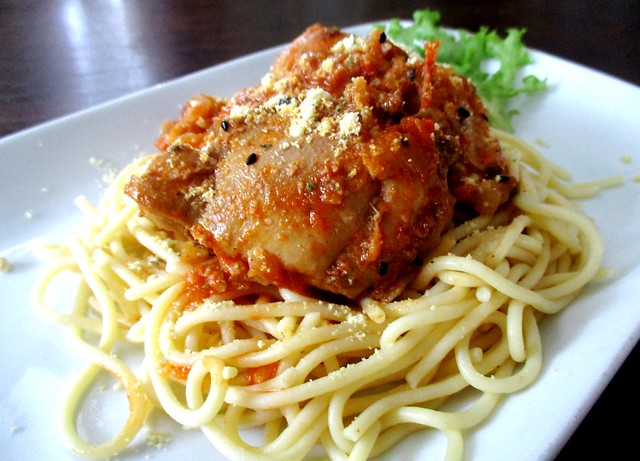 …on the menu now, their very nice butter chicken served with spaghetti.

I’ve always enjoyed the dish with rice and they came out with this idea of serving it in a different way – with pasta. There were a whole lot of tomatoes… 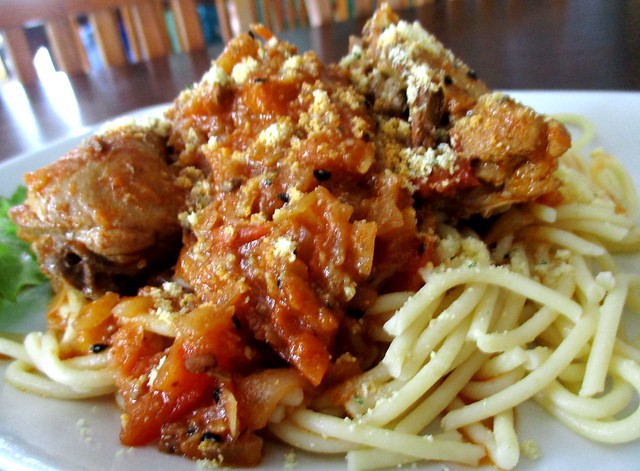 …in the gravy so it came across like a very mild version of the bolognese sauce…thankfully! I am not a fan of this tomato-based pasta sauce especially when it is too strong on the tomato and comes across like tomato sauce straight from the bottle.

I enjoyed it all right but I was not crazy about having to wrestle with the bones – I mentioned that to Andy and he said that they were just trying it out and in future, they would use deboned chicken cubes instead like the meat in their chicken or beef spaghetti.