This place was closed when we went there one day a couple of weeks back but when we tried again the other day, it was business as usual. We noticed they were doing some kind of renovation works that day and it seemed that they had downsized a little, letting go of one unit of the shops they were occupying so they had it walled up.

The fried kway teow stall that seems to be the favourite of some people I know has moved to the other side of that section and is now beside the mee sua and whatever stall – I had the black vinegar pork rice from there the other day. The stall where I had the very nice stewed pork rice is no longer there, its place occupied by the Malay stall that used to be beside the fried kway teow stall at the other end.

We were there around 11 something and there were just a sprinkling of customers around, a far cry when they initially opened and the place was so very crowded. Probably it is because times are hard and everyone is feeling the pinch or perhaps, we were a little early and it was not quite lunch time yet. 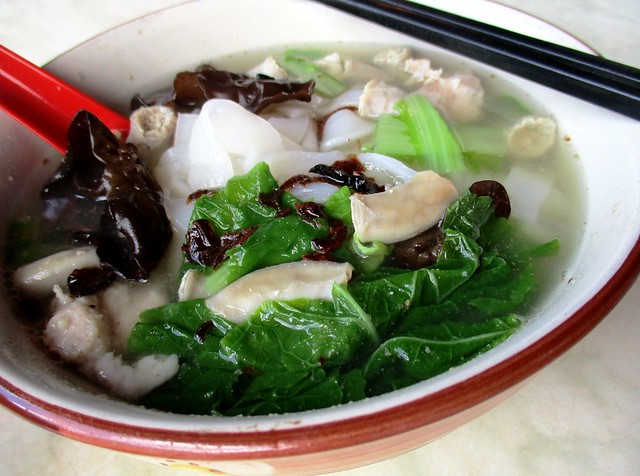 …from the aforementioned mee sua stall and she said it was all right but no, it was not anything she would want to order again and at that price, one can easily go for something a lot cheaper and nicer too. 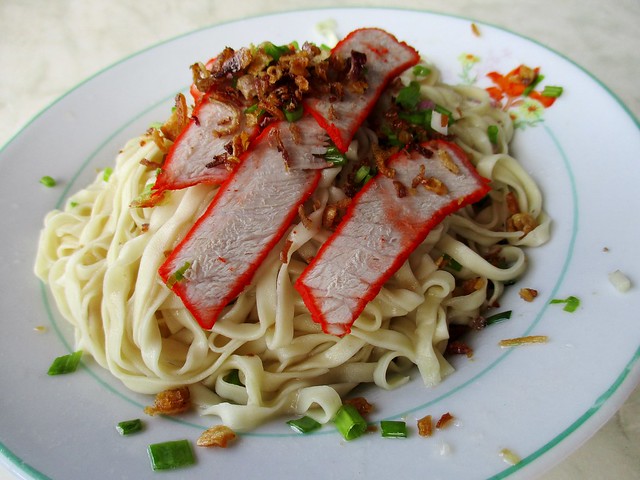 …from the people who had taken over from the beef noodles stall that was there before and yes, it was nice. Actually, I had wanted their fresh own-made fish balls but they were not available that morning. 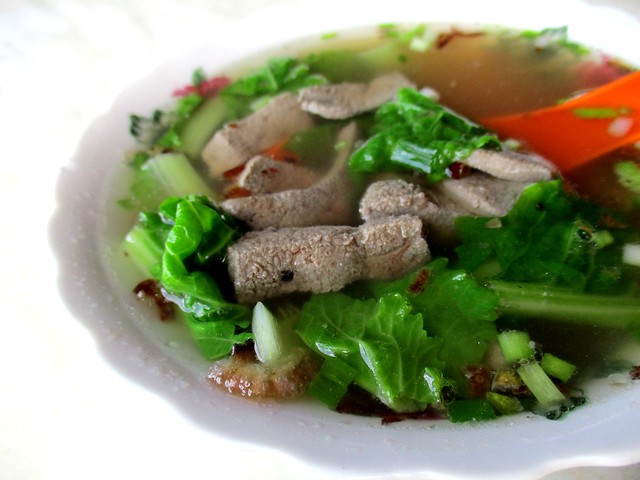 …which was good too, very generous with the traditional Foochow red wine but there was very little of the taste of the liver in the clear soup.

The other stalls in the shop are the same ones that have been there all along, all at their original locations and I do hope business picks up soon or we may get to see them getting fewer and fewer in time to come.

BATERAS FOOD COURT (2.297349, 111.824644) is located among the shops opposite Kin Orient Plaza (where the “old’ Sing Kwong Supermarket is) along Jalan Tun Abg Hj Openg, right after Coffee Code and Gabriel’s Recipe, immediately before Kampung Grandma.