The Mooncake Festival also known as the Mid-Autumn or Zhongqiu Festival falls on the 4th of October this year which means that there are some two to three weeks to go.

Needless to say, they are getting more expensive by the year so I will not bother getting any of those “branded ones”. With the kind of money, I could go out with my family and have a really nice dinner and derive a lot more pleasure from that instead. As a matter of fact, I saw somebody sharing a post on Facebook that day that there are imitations/counterfeit not only in Hong Kong or elsewhere in China but right here in Malaysia so that would be another reason not to go for those.

…from there was 5 years ago in 2012 mainly because it is located at the far end of town, very far!

…are selling for RM6.00 a pack now. I remember at one time they were priced at only RM4.00. My cousin in Melbourne, Australia calls them Foochow shortbread and she loves them so much, more than the Scottish ones, it seems.

I did buy a pack of those mooncakes, lotus paste, from a manufacturer in Johore, halal ones, selling at only RM10.00 for 4. I would not say it was great but at that price, I shall not complain.

I also bought these… 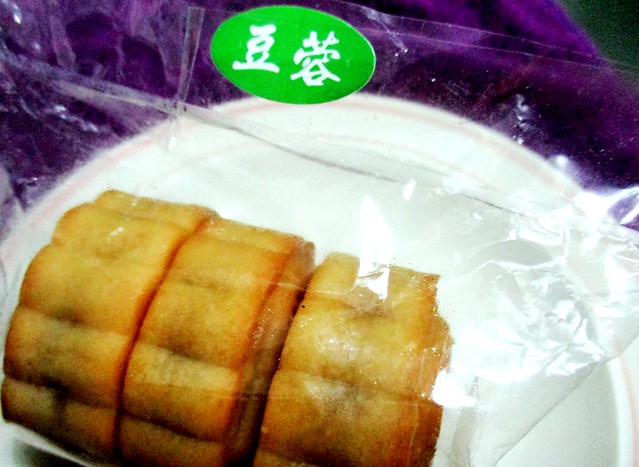 …the other day from a shop round the corner from my house, RM3.00 for a pack of three, just RM1.00 each. They said they were home-made, somebody made them and left them there for sale. 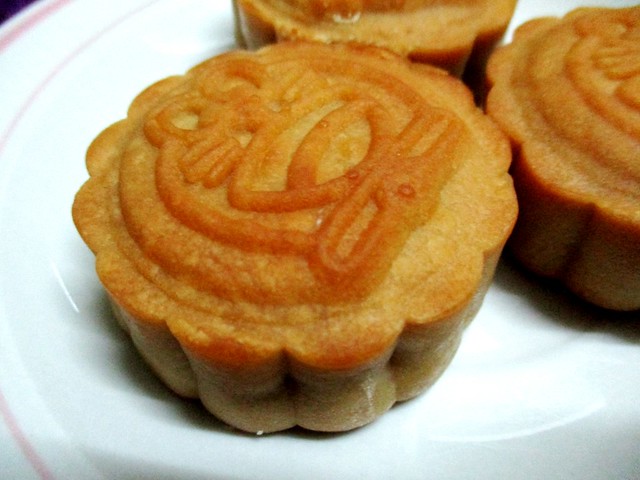 …but they only had two types of filling – or tau sar (red bean paste) or pek tau sar (mung bean paste) and I bought the latter which I do prefer.

Yes, the pastry was indeed kind of thick… 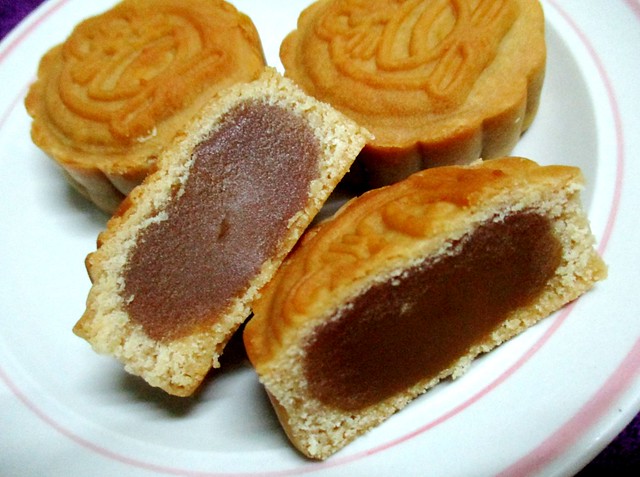 …but I did not mind – for one thing, I do enjoy eating it and for another, it sure helps to reduce the sweetness of the filling. I cannot understand why people would insist on it being paper thin as an indication of a very well-produced top quality mooncake. One would hardly be able to taste the pastry at all so much so that he or she might as well go and buy the filling and eat it straight, just like that.

These days, they have the snow skin and the agar-agar (jelly) but no, I am no fan of those. It has to be the real thing, the original, authentic mooncakes…or nothing at all.

Right now, I am not sure if I would be getting more to try – maybe I will, maybe I won’t. We’ll see! I still have a few weeks to look around to see if there are any other affordable ones available but one thing I am certain of is that I will not be buying those worth-their-weight-in-gold ones, thank you very much!