How do you mend a broken heart? 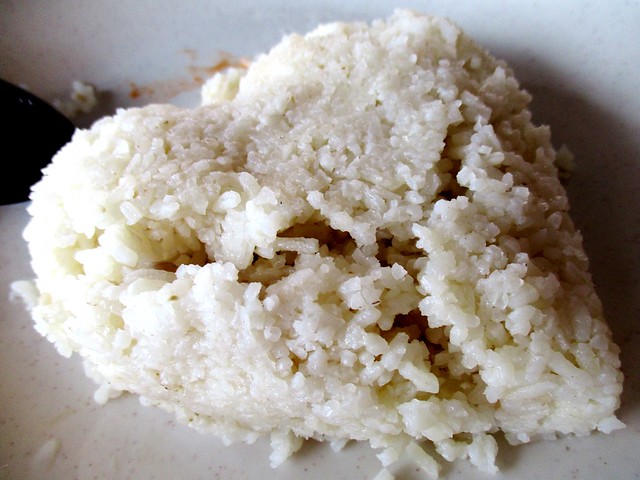 The one that was served that day (RM1.50 per plate) was cracked but I guess if I had pushed it back together again to close the crevices, it would be whole once more but no, I did not bother to do that. LOL!!!

I had their chicken rice once before and I quite enjoyed it so that day, I dropped by there again with my missus to let her have a go at it.

The lady who took our orders spoke only Mandarin and I asked for a platter of char siew (barbecued pork), siew yoke (roast pork) and roast chicken from the roast meat stall… 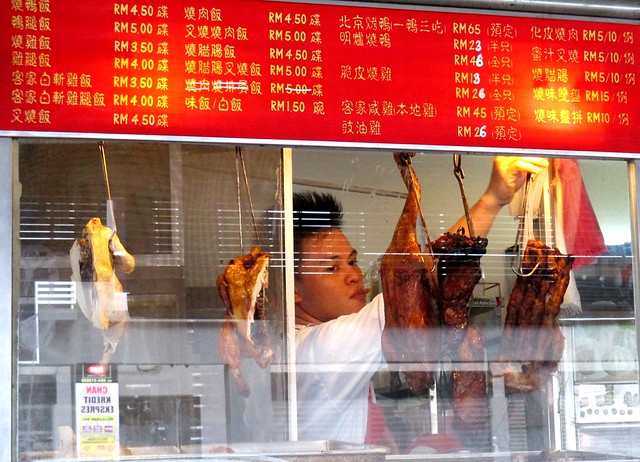 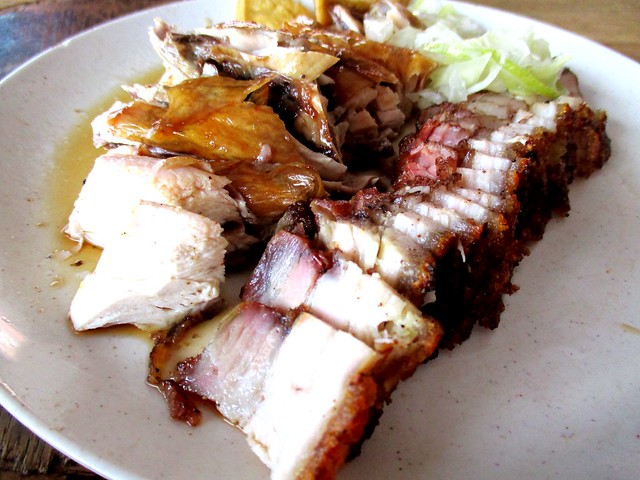 …the very nice siew yoke that was somewhat different from all the rest elsewhere.. 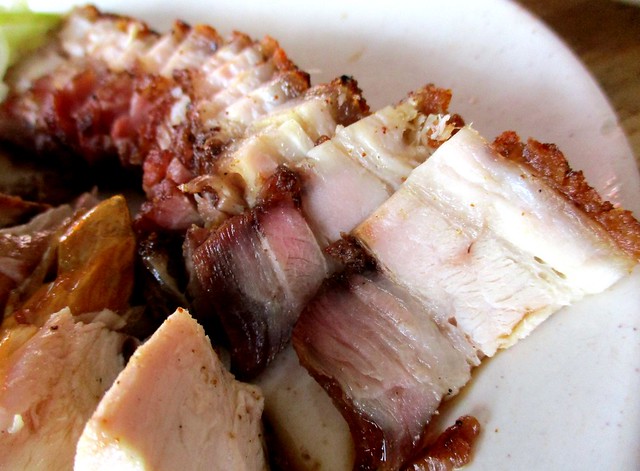 …and the roast chicken… 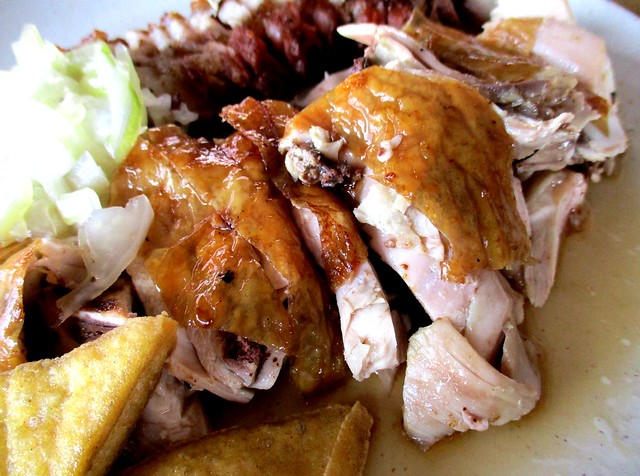 …but there was no char siew. I did not bother to ask why – I did not feel like going through all that hassle of trying to get her to understand my sprinkling of Mandarin so we just ate what we were served.

There was a sign on the stall, RM6.50 for whatever it was. Yes, the lady went through great lengths to explain what it was but no, we could not make head or tail of what she was rattling on and on about. I just ordered it so I would be able to see what it was…but it never came! Tsk! Tsk!

There was another sign beside that one, also in Mandarin, priced at RM4.00 and yes, I could understand the lady when she said it was their signature dish but I failed to make out the rest of what she said and yes, I ordered that too! It turned out to be a bowl of dumplings, six of them altogether (RM4.00)… 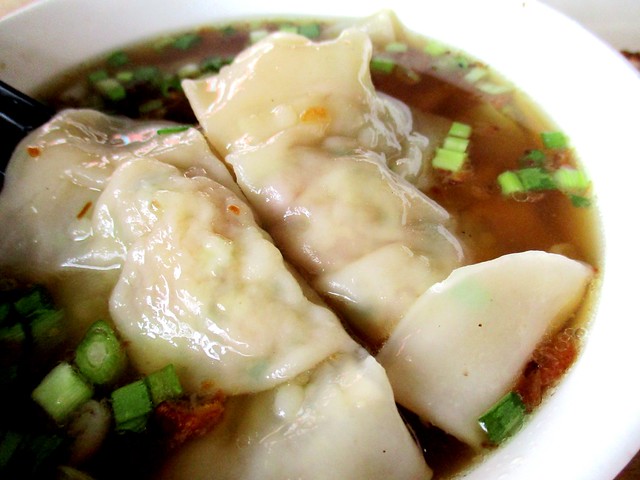 I was quite sure I heard something like shui jiao but no, I did not like the soup they served them in. My missus said it was miso soup and personally, I would much rather have the clear bone stock soup that they serve our pian sip (meat dumplings) in.

My missus quite liked what we had that day – no, I would not say it is the best in town but it is good enough, something one might consider having if one happens to be in the vicinity.

MITSU SHABU SHABU CAFE (2.293215, 111.836281) is located along Lorong Chiew Siik Hiong 1 in the Fortune Commercial Centre, behind the Rejang Medical Centre. It is at the corner opposite Lok Ming Yuen Cafe behind which is Sushi Tie, the Japanese Restaurant.

13 thoughts on “Fixing a broken heart…”