We did not go any place special last weekend, just here again for lunch because my girl wanted their bitter gourd… 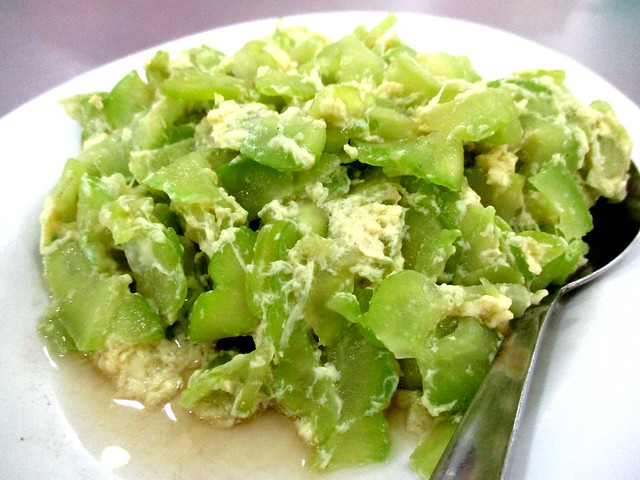 …that we had the last time around.

Yes, it was very nicely done, not overcooked till it was too soft and not undercooked so it was hard. I do not mind the bitter taste of the vegetable but I really wonder how they could get it to be not bitter at all – yes, it still had that green bitter gourd taste but it was not even a little bit bitter…and I was also wondering why they do not fry it with salted egg here – they do that at most other restaurants around town. 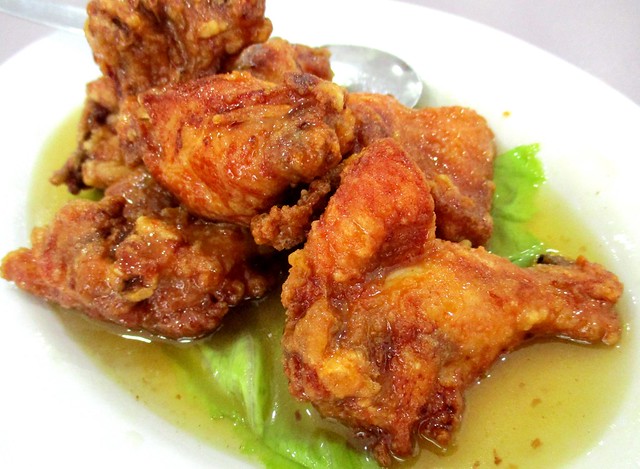 – one of their signature dishes. Basically, it’s just fried chicken coated with the thick sweet and sour plum sauce.

I ordered the honey prawn balls… 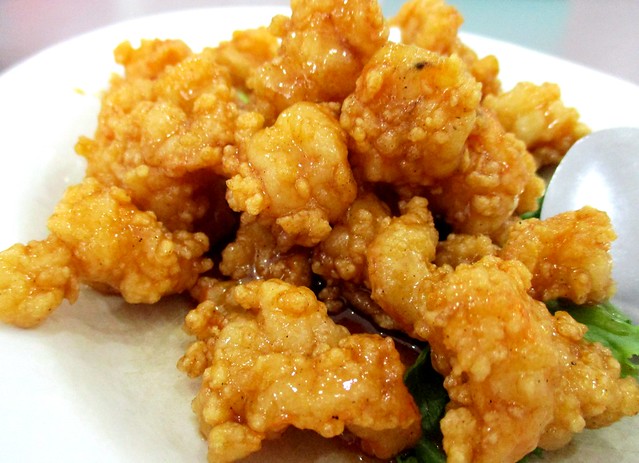 …as well, one of my favourites here and also their own-made tofu… 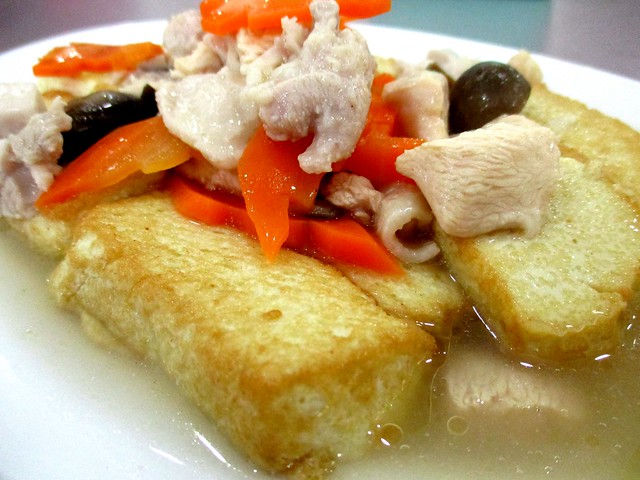 …both of which we truly enjoyed as well.

We all had their fresh own-made sour sop drink but I did not really like it as they added sugar syrup and a tad too much of it at that.

All in all, the bill came up to a little over RM60.00 so I guess minus the drinks and the rice for three, the food would be just around RM50.00, not all that cheap but it was okay.

I don’t know if we were too early but it was already noon and there were only a few tables that day. Normally, this place would be overflowing with people but it did look kind of quiet. Maybe the bad economy and the escalating prices of everything are finally taking its toll on people in general?