If you drop by a grocery store or a supermarket in town, you will see all kinds of instant pastes for anything under the sun so much so that these days, to be able to cook merely means opening one of these packets and adding the meat or whatever and you’re done! See! Even Phong Hong had no problem cooking her own Sarawak laksa…or daging masak hitam! Kacang aje! LOL!!!

Of course, it would be nicer to cook from scratch but when it comes to cooking dishes like curry, there is so much to be done and it can be such a chore so of course, we were delighted to find one that was really very good – not quite as good as how mama did it but pretty close – and there has been no looking back since.

This is the A1 Mountain Globe brand… 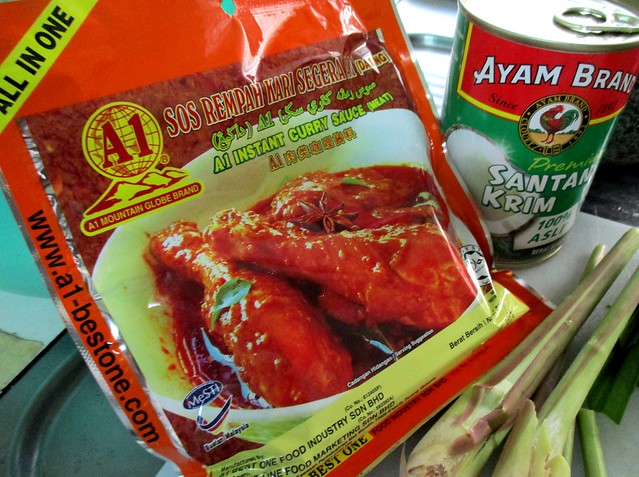 …but be forewarned that so many of them has A1 on their packets too and some did end up buying the wrong brand that was not all that nice. I’ve tried others but this one remains my favourite and the favourite of everybody else who has tried it as well.

Usually, we would use evaporated milk these days as somehow or other, we all felt it had an edge over santan but it just slipped my mind that day and I ended up grabbing hold of a can of coconut milk and taking it home. Ah well! Since I had bought it, I might as well make use of it, I thought.

I fried the finely-chopped Bombay onion… 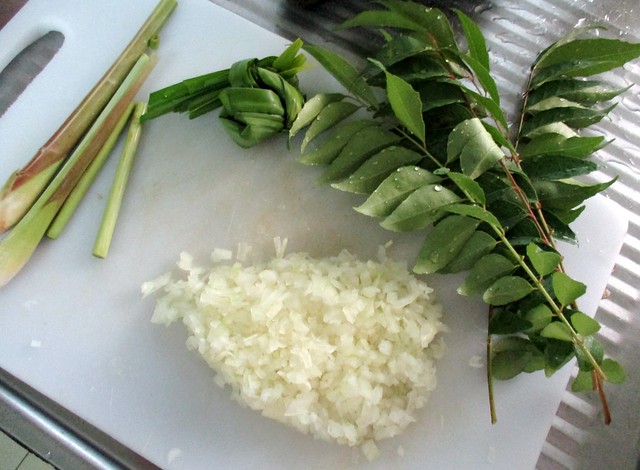 …in a bit of oil till soft and fragrant before throwing in the serai (lemon grass) and curry leaves from my garden, just a sprig or two to fry in the oil…and after adding the instant paste, I put in the organic chicken drumsticks that I bought and diluted it with some water before putting in the pandan leaf, also from my garden, knotted.

When it started simmering, I added the potatoes… 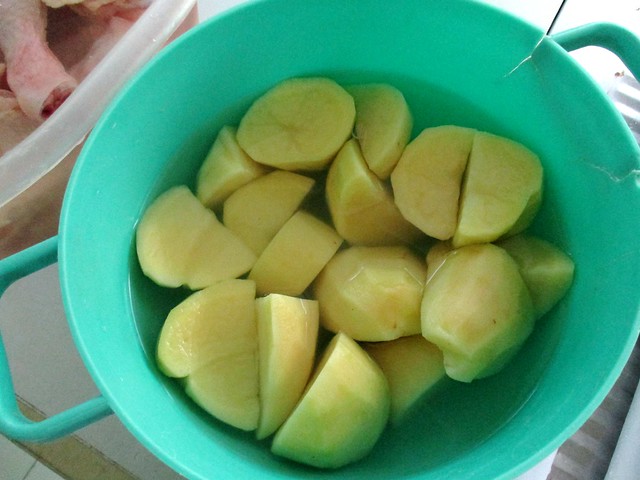 …peeled and cut into chunks and once the meat and the potatoes were cooked, I added the rest of the curry leaves and the santan and that was it. So easy! I did not add the santan earlier as with all that simmering while waiting for (the meat and) the potatoes to cook, it might keluar minyak, they call it in Malay, and one might get one kind of unpleasant smell that is not something to my liking.

Once ready, I dished everything… 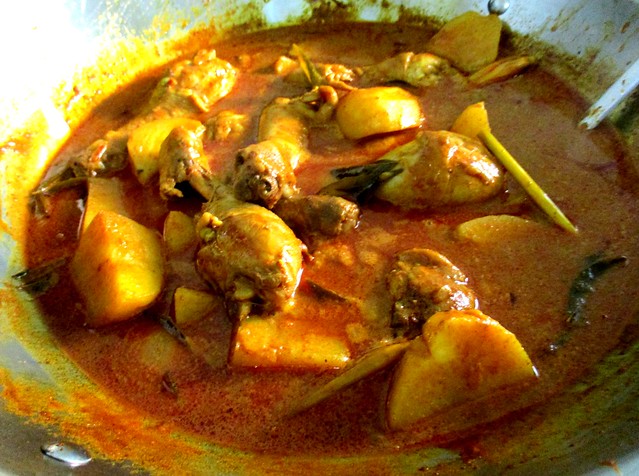 …out and that was it!

Now, don’t say you do not know how to cook curry and all the rest! If you can cut open a packet, you can!