“The other man’s grass is always greener, the sun shines brighter on the other side.“

The first time I had to fly to Langkawi on a working trip, a friend said to me, “You must buy the Kit Kat there!”

“Oh?” I responded. “Don’t we have lots of Kit Kat in our shops and supermarkets?”

“Theirs are imported,” she explained, “from Australia. They are creamier and very much nicer.”

Of course, I had to buy some but blame it on my retarded taste buds, I could not tell the difference and I would say that like our own locally manufactured products, not all imported stuff is necessarily good or better. For instance, the other day, my girl bought two packs of the imported Nice biscuits and two of the Teddy bear ones (that looked more like a lion to me) for me to enjoy. The expiry dates were drawing near so they were going for around RM4 something instead of the usual over RM7.00-8.00 each. They were all right but I do think our own Tiger biscuits are nicer though looking at the prices these days, they may not necessarily be cheaper than these discounted prices.

Of course, many have tried coming out with their own – here or in other countries overseas but none would come near those Kjeldsens Danish butter cookies and I do love those Scottish shortbread so much but unfortunately, I can’t afford to buy those to enjoy anymore these days. My eyes almost popped out at one supermarket that day – a regular-sized pack was going for over RM30.00! *faints*

It’s the same with these digestives… 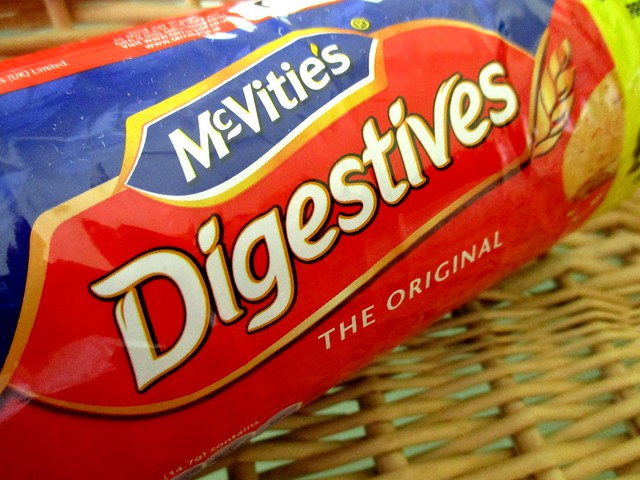 – this particular brand. I’ve tried others but somehow, they are simply not quite there. Not too long ago, I bought what looked quite the same, a bigger pack, but they were really horrible like they had gone all limp and the original taste was not there at all. I did not check to see where they were made but my girl could recall there were some Mandarin characters on the pack. But these came all the way from the UK and they are good and even at over RM9.00, I would buy once in a long while to enjoy. 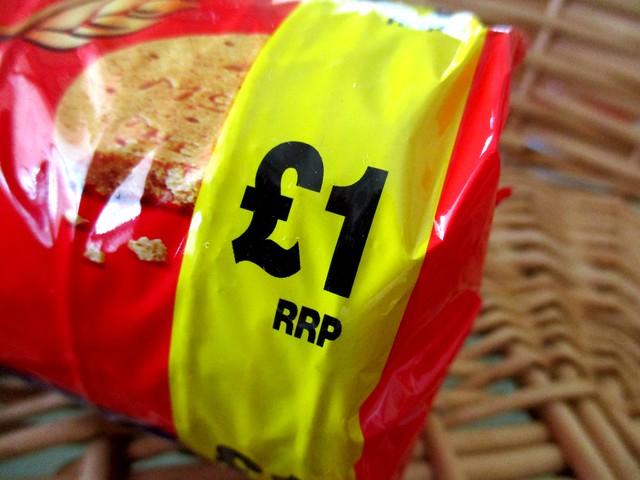 When I was there long ago, I used to look for these special offers – the ones selling at the regular prices were not quite within my budget, especially after converting them into our miserable ringgit. That should be over RM5.00 here but I guess those people would need to make a bit of profit after deducting the shipping charges, the overheads and all. 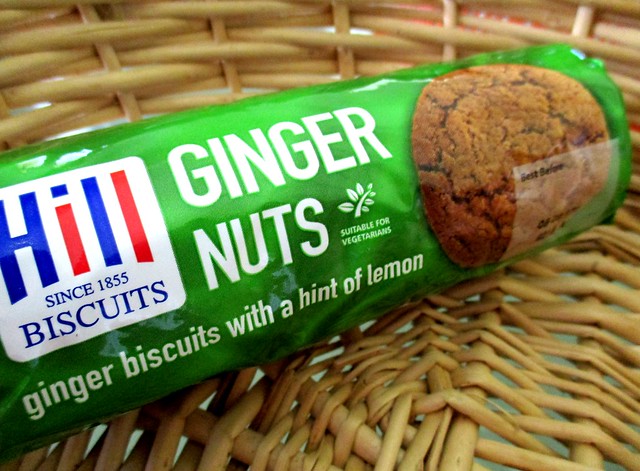 …also from the UK… 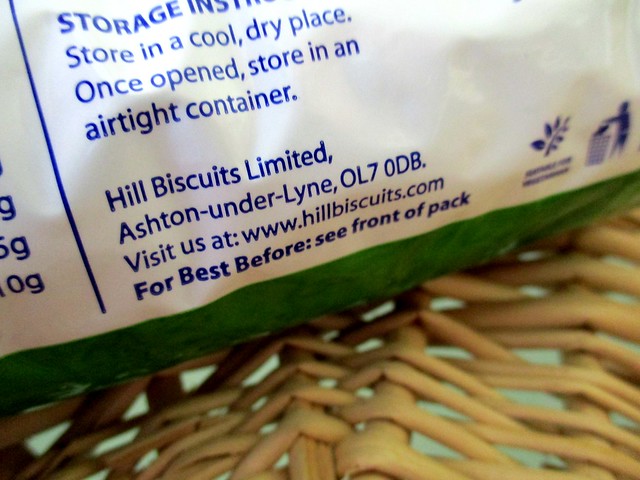 …going for around RM4.00 only so I would buy them sometimes to enjoy.

Then, the other day, I saw these… 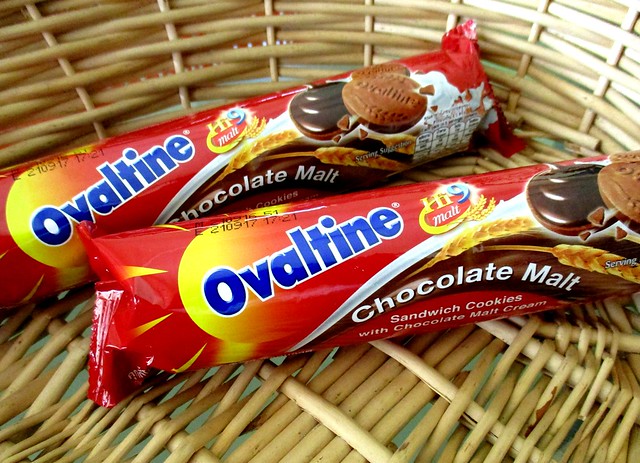 I can recall during the British colonial days, people used to argue as to which one was better – Milo or Ovaltine. I don’t think I’ve seen the latter anywhere these days, just Milo…and I hear many complaining that it is not so nice anymore, nothing like what it was like in the good ol’ days when it was imported from England. 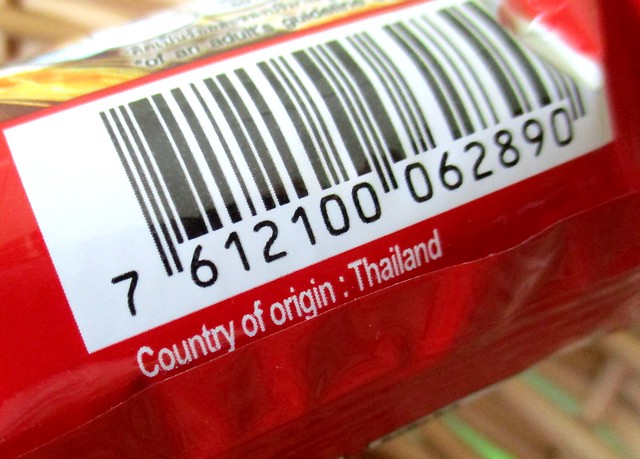 …but in our neighbouring country.

I am not fond of biscuits with cream filling including those overly-sweet black ones with white filling, though I would not mind our Malaysian-made cheese crackers with peanut butter cream inside. To my delight, the filling in this one… 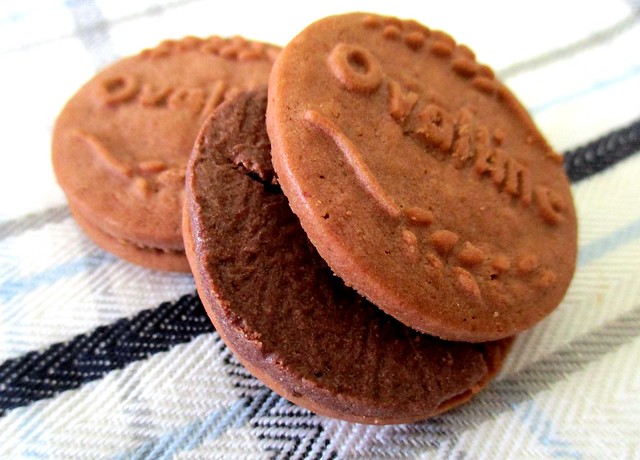 …was so very nice. I absolutely love it! I wonder if that was the same as what I got from my Singapore friend sometime ago. I did try the other one and it was very nice and in the meantime, my sister saw something shared by somebody on Instagram or somewhere and he insisted it was nicer than Nutella so she asked me for it to try. Well, if it is the same, I would say it is really nice.

No, I will not be rushing out to grab a bottle – it is not available here, anyway but I sure wouldn’t mind buying some more of the biscuits… 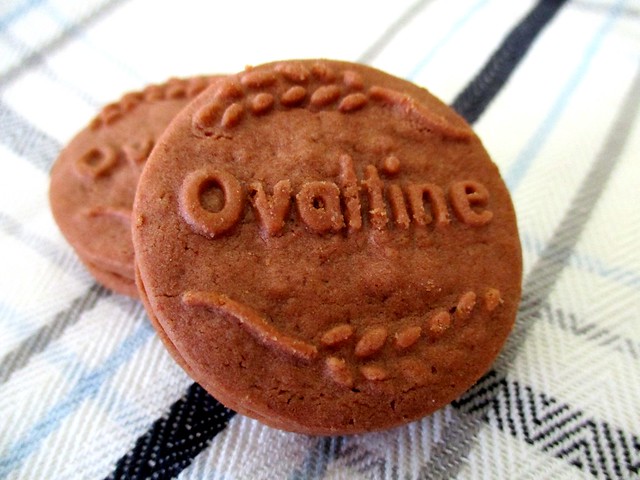 …but not that often. They are not really sweet but still, they are sweet and people my age should not be eating too much of those, everything in moderation.

I guess it’s like going some place to eat – not everywhere here or overseas will be good, we just need to know where to go and it’s the same with these biscuits/cookies. Most of the imported ones are a lot more expensive, of that we can be sure, but they are not necessarily nice(r) and on the other hand, we do have some usually more affordable and very nice local-made ones.

As the remaining lines of the chorus of that song in the above link go:
“The other man’s grass is always greener
Some are lucky, some are not
But just be thankful for what you’ve got !“