A reader once commented a long time ago that I never gave the address of a place that I was blogging about but I replied saying that that was not entirely true. At times, when I have blogged about a place more than once, in the later posts, I would put the link to the older post or posts where I would have mentioned the location at least and at times, I may just put a photograph so you can see the name yourself, like this one, for instance… 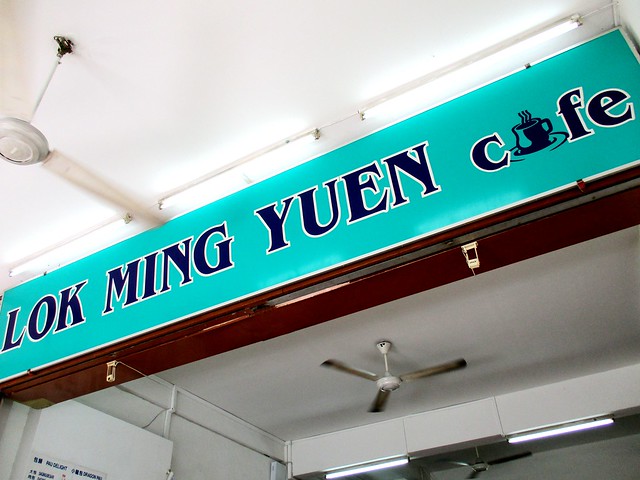 …and if you click this link here, highlighted and underlined, you would get to a post where I did mention its location. Of course, there are times when I had a lot of posts so one might have to hop, step and jump to finally get to a post with the information desired.

Then, the other day, I shared the link to this post on Facebook and somebody asked me where it was, adding that her kids loved kampua noodles and kolo mee. Of course, I replied and told her but actually, she could have clicked on this link in that post and she would get to see all that she was looking for.

Coincidentally, that same evening, I met an old friend/fellow-teacher at church and she mentioned to me that her daughter complained about this same thing. She said that she would see all the nice photographs of the noodles in my blog but she would not know where to go to enjoy them as I never mentioned the locations in my posts. I did explain to her about the links but subsequently, I decided that I might as well add the name of the place and GPS and the address or location at the end…for easy reference – if you are observant enough, you probably would have noticed this in the last few posts. After all, as a matter of fact, it may not be all that easy for me to locate the old post(s) to link. This way, should I happen to blog about the same place again, I can easily copy and paste, no hassle at all.

Now, back to that place in the above photograph, I used to love their sio bee and their tua pao (giant steamed buns) and since it was in the vicinity right behind the medical centre where my mother was warded, I took the opportunity to drop by on one of those days during the time she was there. 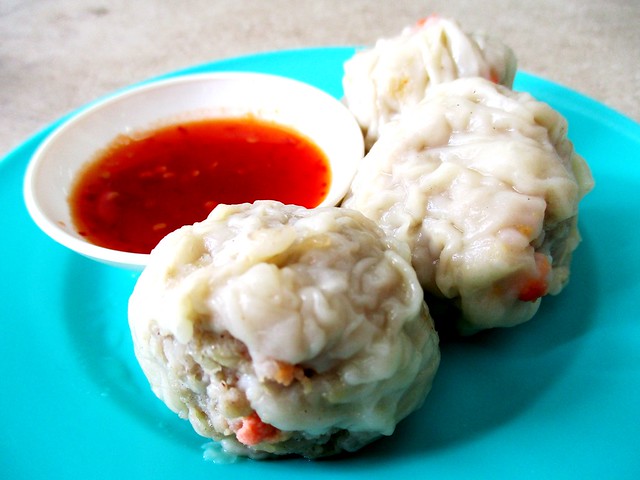 …and they did look much nicer than before. In the past, the skin would be badly blistered and you might get bits of it all over the place. However, maybe it was me but I did not enjoy them as I remember how I used to in the past. I could feel the coarseness of the minced meat and considering that they are of the same price as the ones here, those that I guessed were from the Open Air Market in Kuching… 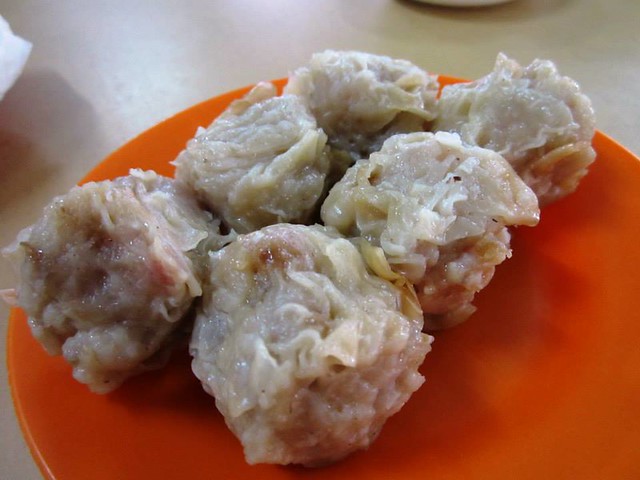 …I would much sooner go for those instead.

I got to talk to the old boss, a very nice and friendly chap, and he told me that they would get their supplies from three different sources now. In the past, there used to be only one and he said that a lot of people liked the ones made using “machine”. Of course I did not order those and I asked to try the steamed chicken bun (RM2.00)… 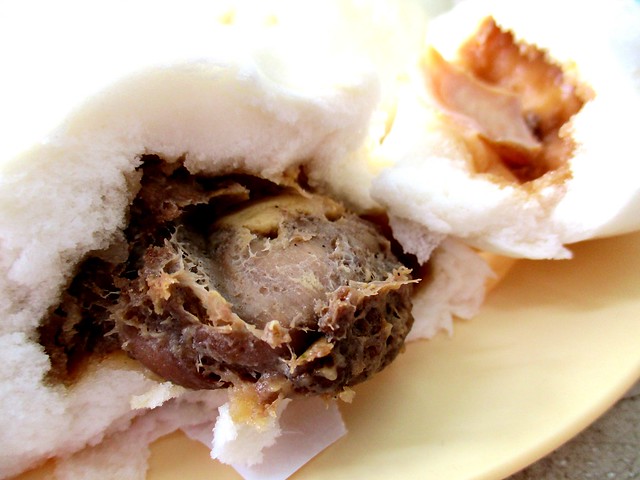 …from another supplier, not the aforementioned or the old one from long ago. I did not think the filling was anything to shout about and I am no fan of this type of skin – the ones you would get at those dim sum places, soft like cotton but very dense. My missus would say eating paos with this type of skin, you will get it all stuck to your teeth! She does not like it either.

I also asked for the char siew pao (RM2.00) which I heard was very nice. Now, this is the type of pao skin that I like… 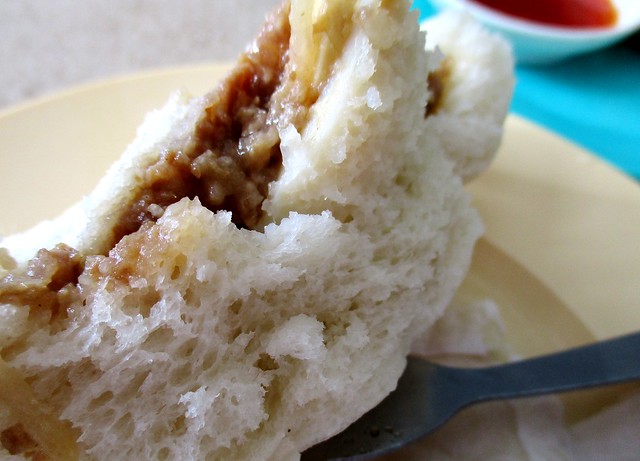 …the old school type, smooth on the outside, cushion soft and airy on the inside but that… 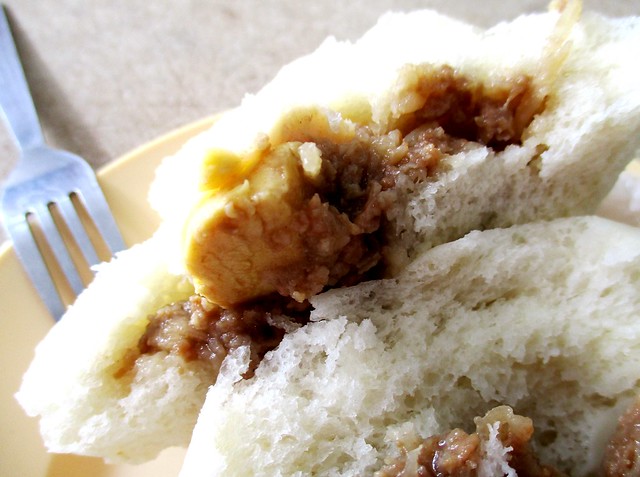 …sure did not look like char siew pao to me!

I called the boss again to tell him that he had made a mistake but he insisted that was char siew pao, adding a name for it in Mandarin which, of course, was Greek to me…and according to him, if I wanted the red meat ones, I would have to go for one of those “machine”-made.

I told the guy that this tasted like the giant tua pao that I used to love and I wished they would make those still…and he said, yes, those were available at RM3.00 each.  However, I was already too full so I did not order any – it would have to wait till another day, I’m afraid.

LOK MING YUEN CAFE (2.293215, 111.836281) is located along Lorong Chiew Siik Hiong 1 in the Fortune Commercial Centre, behind Rejang Medical Centre. It is at the corner opposite Mitsu Shabu Shabu Cafe and across the lane from its back entrance is Sushi Tie, the Japanese Restaurant.

P.S.:
Missed it!!! It was my blog’s anniversary yesterday, 9 years already and still crazy, mostly about food, after all these years!!!