Kampua (noodles) and kompia are synonymous with Sibu. As a matter of fact, I have heard stories of people who had been away for a while even if it was just for a week-long tour and the moment they touched down, they would head straight to the coffee shop for their kampua fix before heading home.

Needless to say, those who live and work elsewhere, when they come home, for instance, when they come back for Chinese New Year, they would go and eat like there is no tomorrow. I’ve seen some stopping by so many places and sharing the photographs on Facebook of the kampua noodles that they had eaten…all in one morning, believe it or not!

Well, my friend in Singapore, the one originally from Sibu who was here briefly over one weekend not too long ago, contacted me via Facebook, all excited about this kampua mee stall… 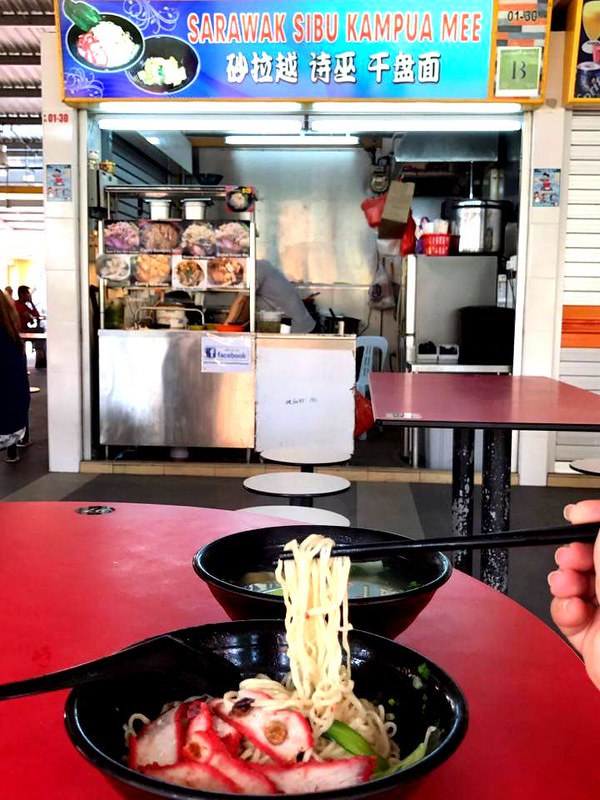 …that she came across in Singapore.

She said that the guy… 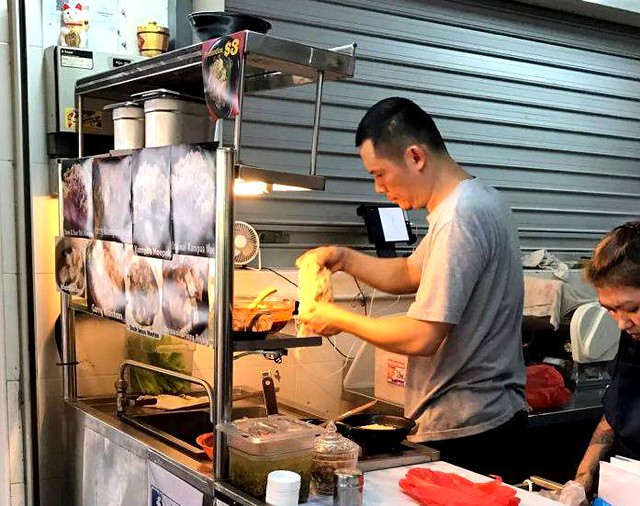 …is from Miri and speaks Foochow and makes his own noodles. She gave his kampua mee an 8 out of 10 but she did not like the pian sip though as she found the skin rather thick. According to the guy, she said, he used those factory-made ones so of course, those would not meet the standard of discerning pian sip lovers.

I shared their link on Facebook and tagged those friends of mine in Singapore and in no time at all, one went to try and sent me this photograph that he took of the stall… 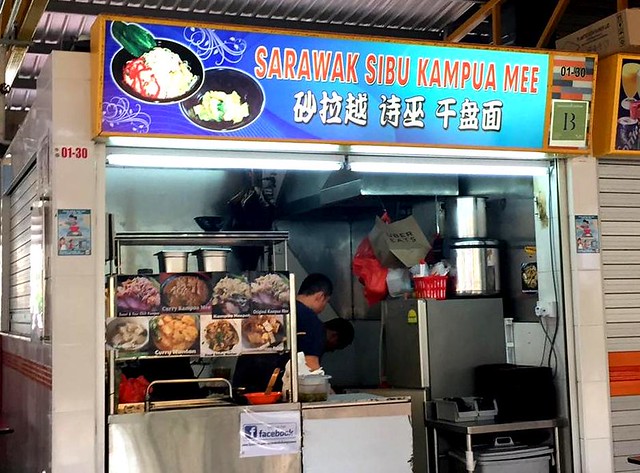 …and the  things he ate… 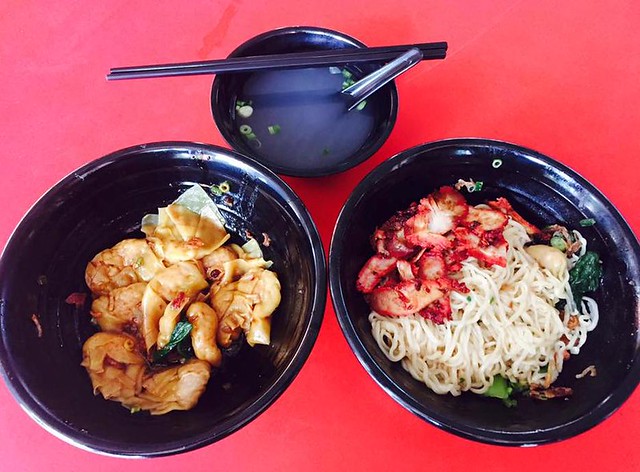 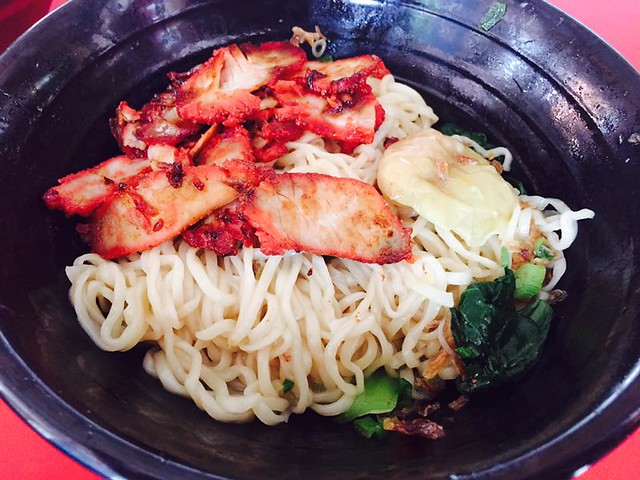 …got his nod of approval, very authentic, he said, just like any of the original ones that one would get to enjoy in Sibu but he too was not so thrilled by the pian sip as he found the skin too thick for his liking. We also buy the skin here from the stalls at the wet market and they are also sold at most/supermarkets in town. I don’t know if it would help but I’ve seen at a lot of stalls here people sitting down by the side rolling the pian sip skin sheet by sheet to make them thinner so it would be nice and translucent when cooked…like the ones that I enjoy very much here.

It seems that they have a lot of variations, deviating far and wide from the original, and of course, the die-hard true blue kampua mee lovers would frown on those. Perhaps it is to cater to the taste of Singaporeans and others who may not be so attached to what is authentic and would not mind trying the rest which may be more to their liking. Well, if anybody is interested in dropping by to give it a try, this is the location:
115 BUKIT MERAH VIEW #01-30
151115 Singapore
…and you can click this link to view their Facebook page to see what’s in store…and incidentally, I hear that you can put in a special request for the “Sibu chili sauce” to go with your kampua mee, otherwise you will get the regular ones.

Go, go ahead and try and let me know how you find it, whether it is to your liking or not.