We were so full after that heavy lunch on Saturday afternoon that we decided to go without dinner and went for supper here instead.

My friend, Robert, told me that the Thai green curry was very nice and said that I should drop by to try. The previous Sunday when my missus and I did that, they were sold out so we did not get to sample it. We were luckier this time around and we had that (RM25.50)… 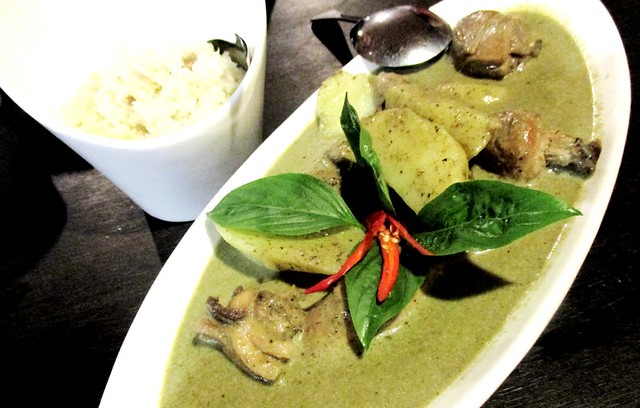 …and butter (chicken) rice with it.

The choice of the rice over plain white rice turned out to be not a really good idea as there was this some kind of clash of flavours. Of course, with all the ingredients that went into it, lots of lemon grass and everything blended together to make the special paste, the curry was very nice, bursting with flavours, but I did feel that it came on a bit too strong, not quite for the faint-hearted, and the gravy seemed a little sweet, plus there wasn’t any terung pipit (pea eggplant) in it either, a must-have in Thai green curry and for me personally, I would say that I prefer the milder but no less tasty one here.

Having said that, this one here is so very much cheaper – I don’t know if that was the extra special special or what but there were all those huge chunks of meat, no less than six, at least and all the potatoes while at the other side, you will get three pieces of the chicken plus rice for RM16.00 so if you double that, it will come up to RM32.00. At the end of the day, it’s all up to one’s individual taste, some may like it this way, others prefer it a little toned down – the choice is yours! 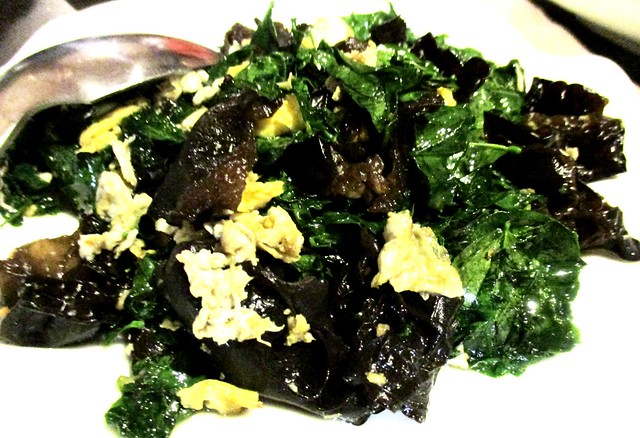 …and as they were running out of the vegetable, they added all that black fungus instead. We did not mind that one bit as we do enjoy eating that and I think I read somewhere that it is very good, has some health benefits though I cannot exactly recall what now. It was nice, different from our usual simple Foochow style, fried with garlic and egg and a little bit of seasoning but if I am not wrong, there was some sauce added so it wasn’t quite the same. Sometimes, there is beauty in simplicity…but with the black fungus, I was thinking that it would be nice fried with udang kering (dried prawns) and/or with a little bit of santan (coconut milk added), masak lemak style – the way they do it with their paku or midin here. That would probably bring the taste to a whole new level.

My girl heard that we went and tried their pad thai and loved it so she wanted to try too. Actually, that was the main reason why we went back there that night – so she could get to enjoy it (RM13.90)… 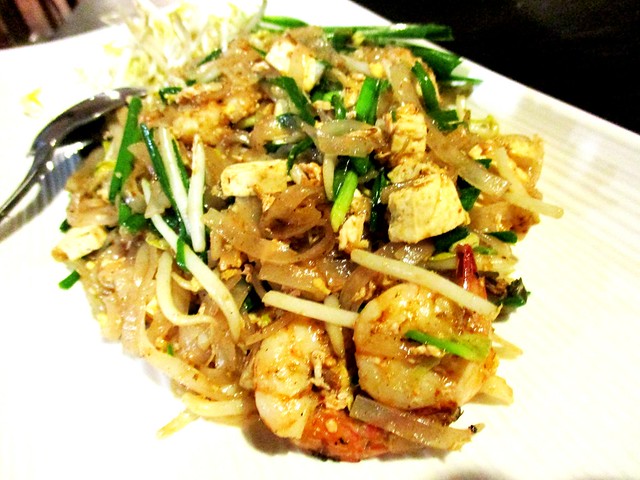 …as well and yes, it was very nice this time around… 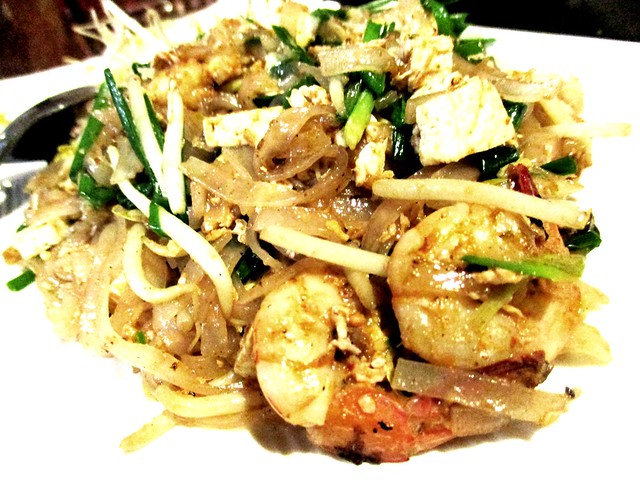 …but not as nice as when we had it previously. That night, it was slightly sourish, just a faint hint of it, like that tom yam kind of sourish taste. Don’t get me wrong – it was nice and some people may actually prefer it this way but we would prefer to stick to the regular.

Oh dear!!! And we thought we were going for a light supper after our sunset church service! We could not finish the green curry so we asked for it to be tapao-ed for us to take home and you would never believe what happened! Mary had cooked some of her so-very-very-nice chicken rice again that day and she had set aside one big bagful of it, plus the steamed white chicken and the sauce and the chili dip for me so she was delighted that I had dropped by and she could just pass it to me – otherwise, she would have to call me to come and collect. Gosh!!! She really is so very nice, so thoughtful, so very generous, bless her!

Thank you so much, Mary – you’d better stop giving me all those freebies or you’ll be seeing me knocking on your door again…and again…and again! LOL!!!

FOOTNOTE:
I shall be away for a few days but scheduled posts will appear on a daily basis as usual. I may or may not respond to comments in the meantime but do keep them coming. Will reply to all of them whenever I get the chance or as soon as I get back. Cheers!!!