…there. This was where I used to buy the very nice kacang tumbuk (rolled crushed peanut cake), exactly like the ones I grew up eating and enjoyed so much in my younger days. Unfortunately, for some reason, the people making those have ceased production so I have never stopped by here since to buy those.

They do have some very nice tau sar peah there but since they increased the prices, I decided that I could do without those as well. Other than those, one would find a lot of other things, mostly the local Foochow delights, at this stall but I never bothered buying any of the rest to try.

Anyway, my missus bought their almond biscuits, those big ones with a peanut stuck in the middle. They were not really nice, nothing like the ones that we used to buy in Kuching a long time ago but I was pleasantly surprised to find that this… 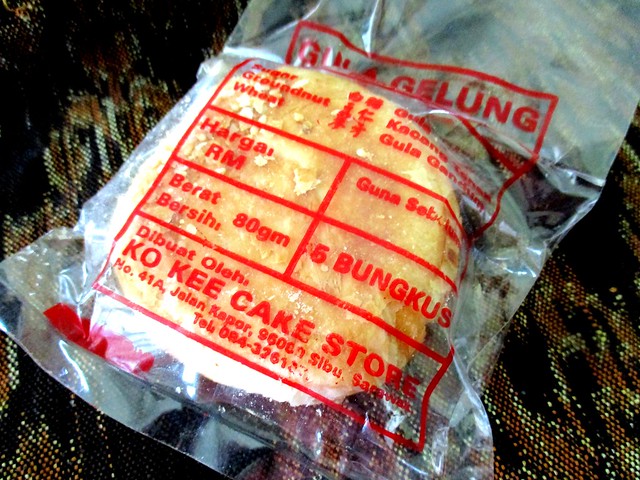 …was, in fact, very good. I had a look at the plastic wrapper and it seemed that this came from the same people who used to make the kacang tumbuk.

If I am not wrong, this is called phong peah… 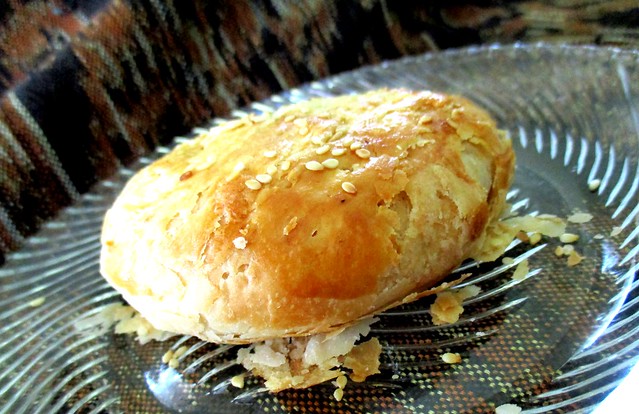 …and I loved how the skin/pastry was so nice and flaky, the bits and layers dropping off at even a gentle touch.

We used to buy these in Kuching – my parents loved the ones from a shop in Padungan but I was not so fond of those as the filling reeked of heng jin (almond syrup) and I am never fond of that in drinks.

As for this one, I loved how generous they were with the filling… 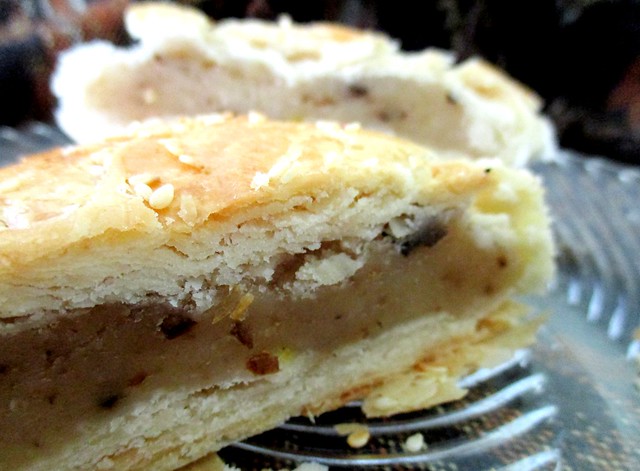 …and the filling was different from the usual. It was something like what we would find in our traditional Foochow engagement cake, our lay peang, and I did enjoy that very much.

I don’t know how much each of those cost though – I asked my missus and she said she had forgotten, probably something over RM1 each…and incidentally, if you are thinking of going to buy the very nice deep-fried stuff at that “hole in the wall” at this mall, don’t bother. I noticed that the place has been closed for quite sometime now so either they have decided to close shop or they have moved some place else. There is a little note on the entrance but I never went over to have a look…but that aforementioned stall inside the mall sure looks like it is still going strong.

P.S.:
In case anyone is interested, the waffles from the stall somewhere opposite this one are very nice, crusty and my girl likes theirs more than the now-very-popular ones here (that you can’t buy home, you would have to eat them there – they would go all limp, not all that edible, not nice at all).