I see a lot of moans and groans all over the social media as to how hot it is in the west, over in the peninsula and Singapore, and newspaper reports about the water level in the reservoirs in certain states running dangerously low at this point in time…and of course, there has been talk of the horrendous haze which is presently quite bad in Sabah, to the east of our island of Borneo.

Thankfully, it has been raining quite a lot here in central Sarawak. It rained almost the whole day on Wednesday but it had stopped by evening… 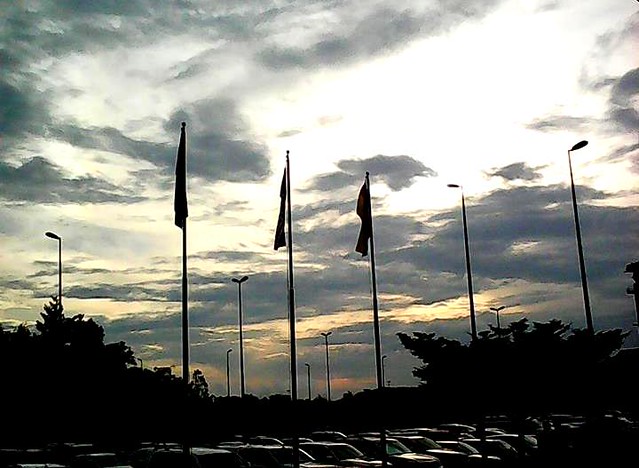 …when we had to go to the airport to pick my sister-in-law who was flying into town.

It rained around noon on Friday too – I always hate it when it rains around that time as my girl would be making her way home in her colleague’s car for the weekend and it is never great driving in the rain especially when it is extra heavy…and there was torrential rainfall on Saturday morning as well but it stopped by mid-morning.

Yes, it also rained on Thursday evening when Huai Bin and I went out for dinner. In fact, it started right before I left the house to go and get him at his house right round the corner a stone’s throw away and by the time we got to the restaurant, all that was left was a light drizzle which was really good in a way as the evening was pleasantly cool and for that reason, we chose to sit outside instead of going into the air-conditioned section. 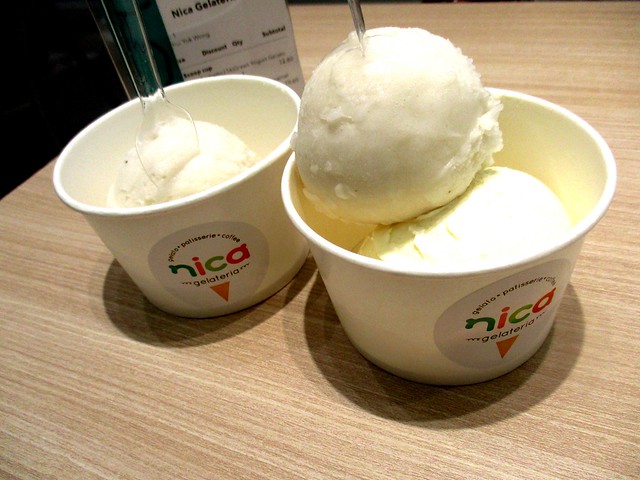 …despite the fact that it was cold outside on that wet evening.

As in my previous visit, we were given samples to try in those little plastic spoons and like the man said, they will always be trying out new flavours so what they may have at one point in time may not be available the next time you drop by again. I did not see the salted caramel that I had had twice before but yes, the fresh banana that I liked was there and Huai Bin had one scoop of that. There were also a lot of other new ones like the passion fruit and the dragon fruit but the one that took my breath away was the ang moh lulian (soursop) so I had that and Huai Bin wanted the same alongside his fresh banana.

He had had gelato at other countries overseas before, of course, and he gave the ones here his thumbs up – they were as good as any other elsewhere but like my cousin who was here recently from the UK and said that the macarons… 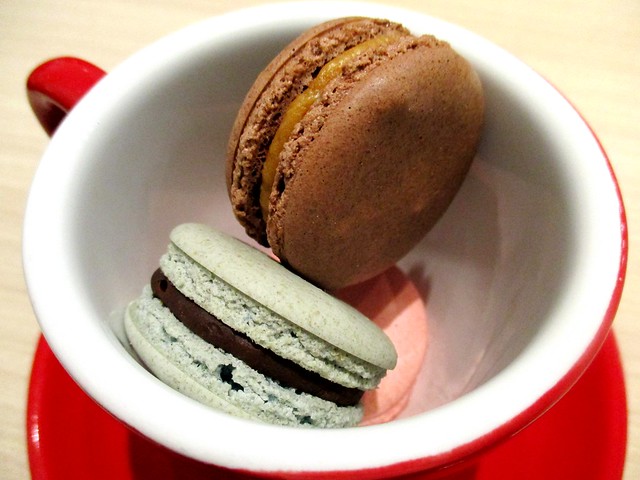 …were quite good, not quite there but were not too bad at all, Huai Bin had a similar opinion – that he had had nicer ones in some of the countries that he visited. I picked the salted caramel, the Earl Grey & lavender and the raspberry (3 for RM10.00)…and I did think that the shell was not as nice and crusty as in the case of those that I had in the past and was kind of crumbly. Probably it so happened that we caught them on one of those days.

On the whole, we quite enjoyed what we had and thank you so much, Huai Bin, for picking up the tab.