I would say that I grew out of it and would prefer some of the other brands and their flavours. I did not like the texture and taste of their noodles and the flavours they had were nothing to shout about. However, when I went over to New Zealand, I saw a wider variety there, made in their factory there, and tried a few. They were so much nicer – even the noodles were nicer…or maybe, somehow, things taste a lot better in the cooler temperate climate, I wouldn’t know.

Anyway, sometime ago, I received this email out of the blue from somebody named Rebecca:
Hello Suituapui!

Congratulations! You’ve been picked as one of the winners of the Maggi Royale giveaway from KYspeaks. In order to have your prize posted to you, kindly fill in the information below:
1) Full name
2) Postage Address
3) Contact Number
Kindly reply to us as soon as possible by 19th January 2015 in order to prevent any delays in delivery ya.

Thank you and have a nice day!

Yes, I did comment on the said post but no, I did not know there was a competition – maybe it was mentioned but I did not read it carefully…and I said exactly what I had said in the previous paragraph, that I did not like their noodles but I had very nice ones in New Zealand and I wondered why.

Anyway, I replied promptly and to date, I have yet to receive anything from them…and I wonder why!

In the meantime, my girl and the mum who are so into anything Korean these days, the consequence of watching too many of the shows on the Korean channel on satellite tv, have been making kim chi, jars and jars of it… 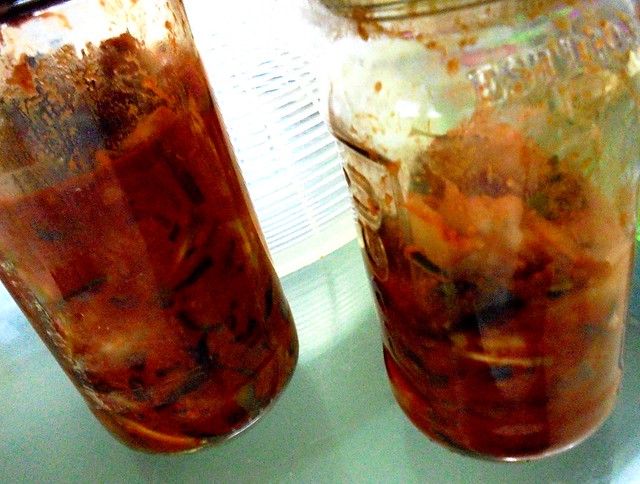 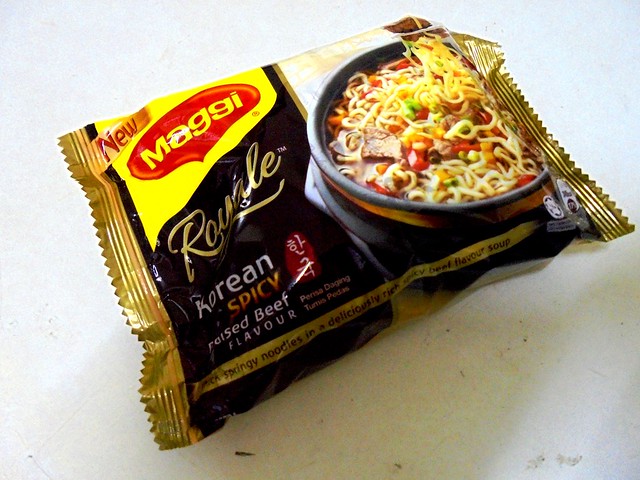 Well, since I had it in the house, I thought I might as well cook a packet and give it a try. As always, I cooked the noodles first and yes, it was nothing like what they have in their regular line.  It was thicker, something like yellow noodles, and very firm. I had to boil it for quite a bit before it became soft enough and I could drain it well and place it in a bowl.

Then I went on to cook the soup. There were two sachets inside the packet… 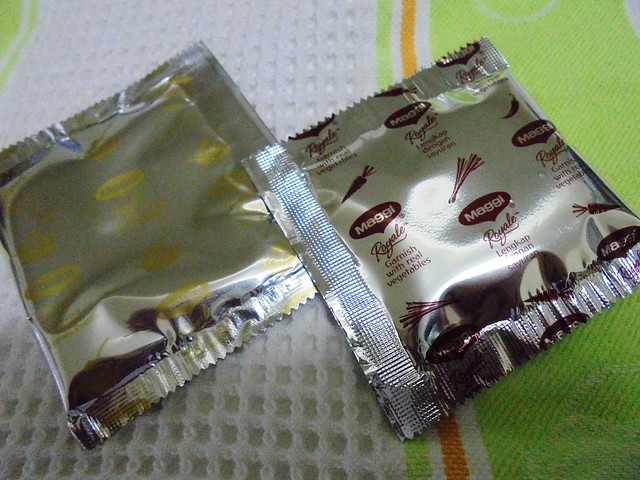 – one with the seasoning and the other one with the vegetables. I emptied them into the boiling water and broke an egg into it as well. Then, I poured everything over the noodles in the bowl… 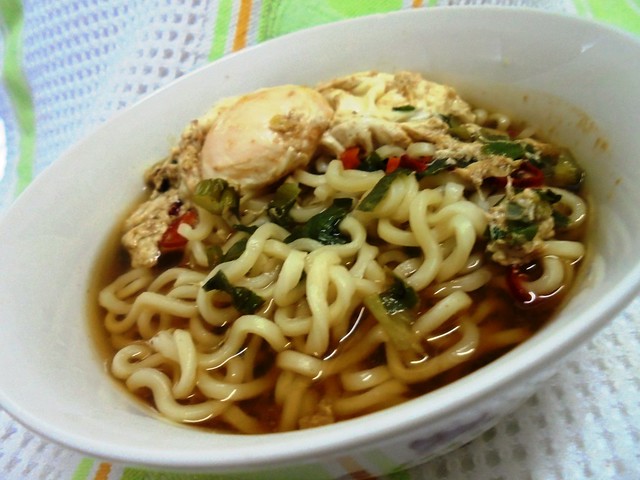 Now, the moment of truth! It was spicy, very spicy but I did not have a problem with that. In fact, I quite liked it that way. I liked the noodles and as for the soup, I thought it was nice but no, it did not taste anything like any beef noodles I have had anywhere.

I did not add any extra ingredients other than the egg… 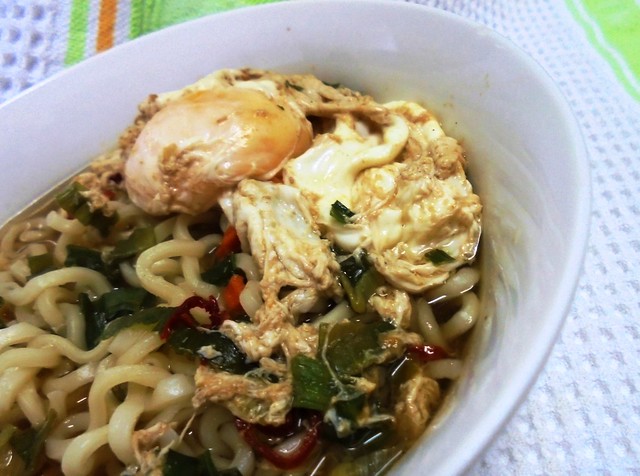 …as I wanted to retain its original taste.

On the whole, I would not say it was anything that would get me running back to the store to grab more…and at RM7.80 for a pack of 4 packets (almost RM2.00 each), I certainly would think twice about doing that.