Yes, one would just have to go for it to achieve one’s dreams.

We have been friends for quite a while now though only in the cyber world or blogosphere and we never got to meet before this. What I knew of him was that he was not given what he wanted but went anyway to do his first degree and when he was 27, he applied again and succeeded this time around so he went and studied medicine in another local university and graduated as a doctor. Then he was sponsored by a local university to pursue a specialist field of study and he just finished that last year. Right now, he is bonded to the aforementioned university and lectures there and he has to go for his clinical practical at a local hospital for six months before being confirmed as a full-fledged neurosurgeon.

Now he comes to Sibu sometimes to conduct examinations for his students and the last time he was here, he commented in my blog that the kampua noodles he had weren’t at all great. Of course, if you do not know where to go and just stopped by those places around the hotel, chances are you will not get to eat any nice ones, much less the best in town. I managed to track him down and got to speak to him but he was busy and we could not get to meet then.

Well, he was back in town and this time, we did manage to go out for dinner together. I took the chance to show him some of the better places in the vicinity of the hotel where he was staying – at least, he would know where to go or where not to go when he would want to venture out on his own.

He said that he would want to go some place to try what would not be available in Kuching so, needless to say, we ended up here… 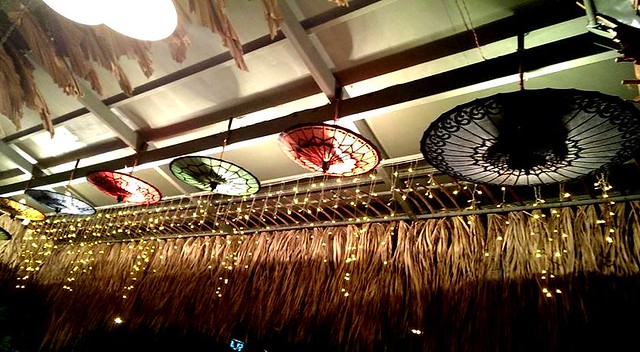 I did not have my camera with me but anyway, we have had enough of the photographs of the things I would order here…again…and again…and again! He enjoyed the Payung rojak a lot and also the mushroom roll…and he thought the otak otak was very nice, nicer than the Johore ones. He said he never tried the Penang ones so he could not say anything about that.

I saw that they had some new items on their menu – the Bangladeshi chicken and the Bangladeshi fish. We tried the former and he said it tasted like Indian curry. Of course, it did – it was Bangladeshi, neighbours. LOL!!! I did not think very much of it though plus it was a little too salty that night and I would prefer the lamb… 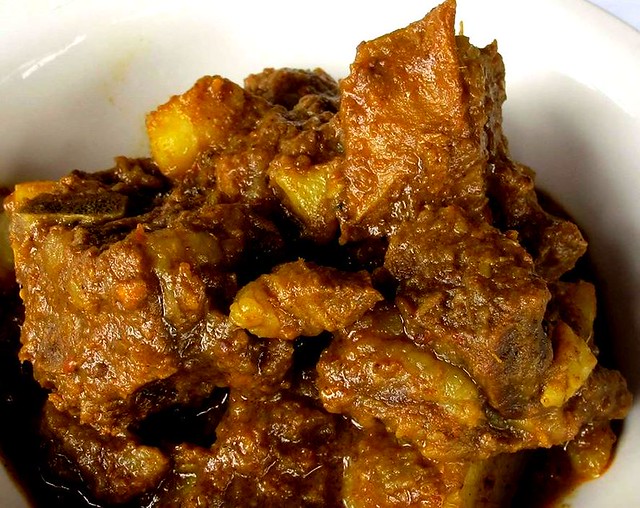 …that we would usually order and enjoy so much.

For our dessert, I had their durian ice cream…and here was someone who did not like the fruit so I ordered the mango… 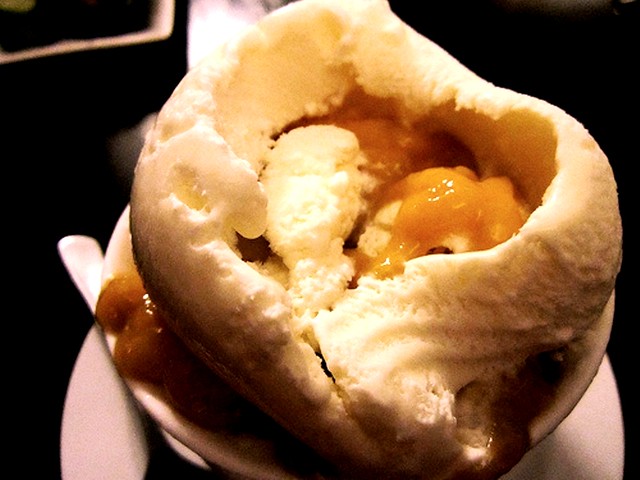 …for him and he thought it was great.

I went to settle the bill but he was quick in coming after me and insisting that he picked up the tab. Sigh!!! I thought I wanted to give him a treat as he was a guest in town and I was the host. Thank you so much, Simon – I owe you one. Do let me know the next time you’re back in town. Cheers and all the best in your undertakings!!!