How much of what I write in each post do people actually read, I wonder? I would think generally, we are all visually-inclined. We love to see photographs like how as kids, we would love reading comics compared to books with words…words…and more words. I do think, however, that if there are too many photographs, that would lead to an overkill. As they say, too much of a good thing ain’t all that good for you.

On my part, I would usually skim and scan when I hop over to other people’s blogs to browse. I would just skim through everything quickly, speed reading or so to speak and if there is any information that I think I have missed, I would go back and scan for it…or sometimes, I would see somebody mentioning something in his or her comment and I would say, “Hey!!! I didn’t see that!!!” Then, I would go back and look for it.

I have a good memory – I always say that I look like an elephant and I have a memory like one too!!! I would remember what I have read in other blogs should I encounter the same thing again elsewhere. I don’t really know but it seems that not many people are like that. For instance, there are places and things that I have blogged about MANY times and out of the blue, somebody would ask, “Where is this place?” or “What is that?” It’s the same with the photographs I share on Facebook.

Like the other day, I uploaded this photo of some Malay kuihs (cakes) that I had bought for tea… 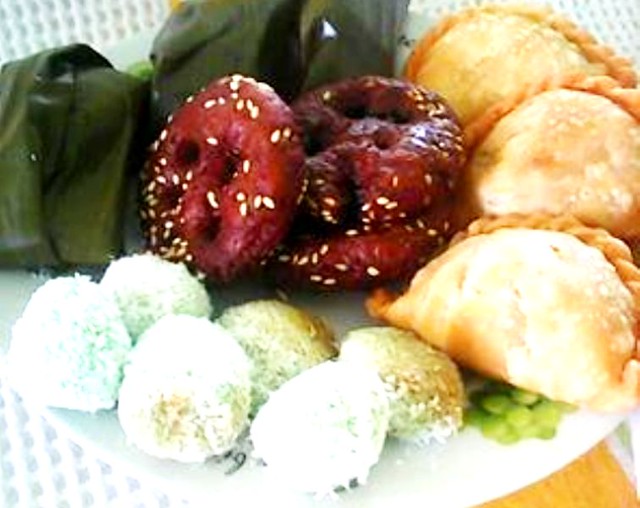 These were RM1 for each type, RM4.00 altogether…and then, there were people asking what that brown thing was….or they knew of it, ate it before but they did not know what the name was.

Actually, it was in one or more of my earlier posts but of course, since there are so many, it can be quite tedious to SEARCH for it. You may have noticed that magnifying glass on the right at the top – you can just type, say kompia and click the icon and all the posts that had kompia in them would appear. Of course, if you want to look for this particular kuih, you would need to know the name. It is called kuih ederam… 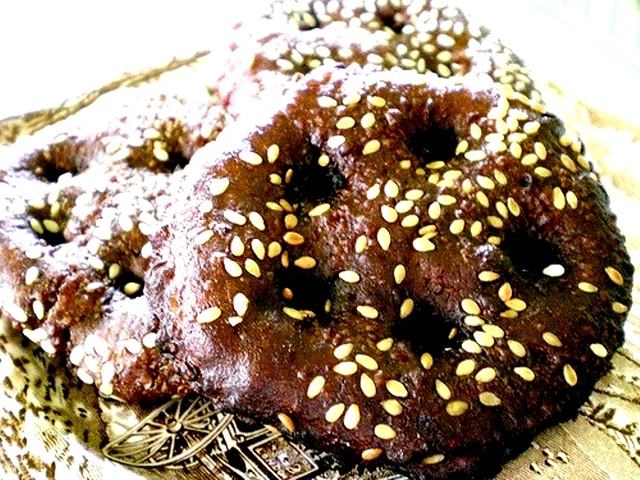 …here or kuih pederam or kuih deram though there may be those that I’ve seen in some blogs with only one hole in the middle like a doughnut.

The ones here are made using gula apong (attap sugar, our version of palm sugar which is not quite the same as gula Melaka in the peninsula). There was a mini-market around half a mile from my house that we called Sungai Bakong (market) after the stream that flowed by it and whenever my mum needed something, she would pack me off on my bicycle to go there and buy. It is no longer there, of course –  a fire wiped it out completely sometime ago but at the time, there was a Malay man that I used to call Haji who had a stall there and I would buy this kuih from him.  He would always have some kept bottled up in a glass jar and if I remember correctly, it was 5 sen/cent each at the time. Now, they are selling at 3 for RM1.00…with the toasted sesame seeds added. I don’t recall there being any at the time.

Incidentally, there were only two of us in the house that day so we could finish all of what I had bought so I put away the curry puffs and the kuih ederam in the fridge and heated them up in the oven the next morning for breakfast. What I discovered then was that the kuih ederam tasted a whole lot nicer after being toasted. Usually, it would be quite soft and crumbly but the heat in the oven would make the outer part crustier and the kuih very much more fragrant, probably due to the sugar in it being caramelised further, best eaten when it is slightly warm. I certainly would do that again the next time I buy some home.

Anyway, back to the post proper, there are people who would ask again and again where this place… 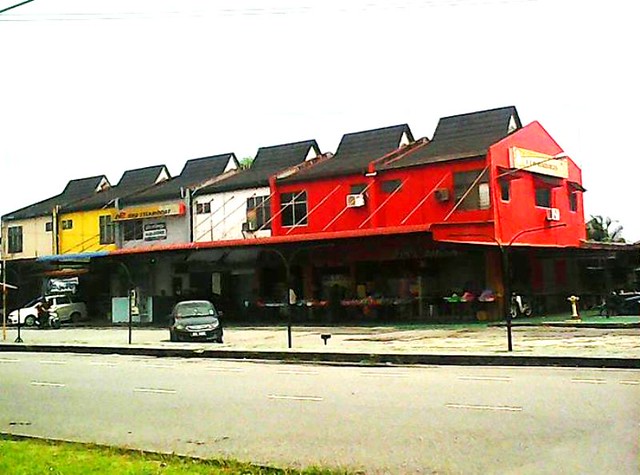 …is even though I’ve given the location more than once in my blogposts in the past. When I told them it’s at the shops along Jalan Bandong, then they would ask where along Jalan Bandong. Good grief! Jalan Bandong is a very short road and there is only one small area there with shops – a lot of people would commune there to eat at night and we would do the same too sometimes – for the ayam penyet, pecel lele, satay and ikan bakar. I even shared an aerial map showing the location… 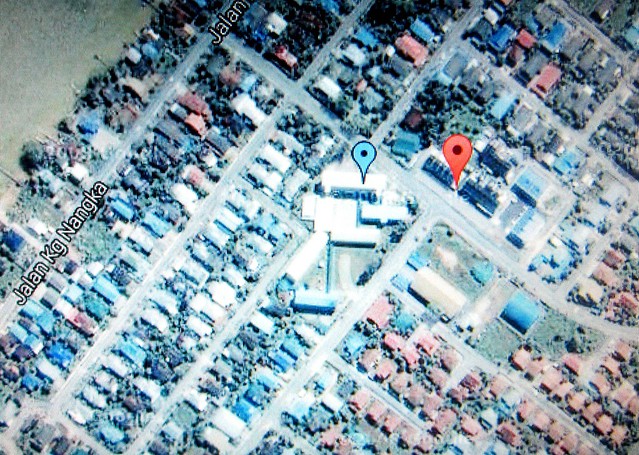 Ah well…I guess it is easier just to ask.

Then there would be people who have seen things in my blog and when the opportunity arises for them to go for it, they would just ask me via a comment on the current post…or the post in question for the location. I would give the information usually but if it is at a place that I had blogged about before, instead of just repeating myself, I would just provide the link…and at times, one may have to hop, step and jump…via one link to another to get to what one is looking for. Old people tend to repeat themselves, I know…and I may be old but I’m not that old…yet!

Others would contact me by phone or via sms to ask me where in town they would be able to eat this or that – they had read all about it in my blog, they said. Well, if that is so, they can jolly well browse through my blog again to search for themselves but of course, it is a lot easier to call and ask…and if you think they would have the courtesy to ask me if I would like to join them (and of course, I would say no, thank you very much), think again! I am like somebody providing this kind of public service – free for all. Tsk! Tsk! 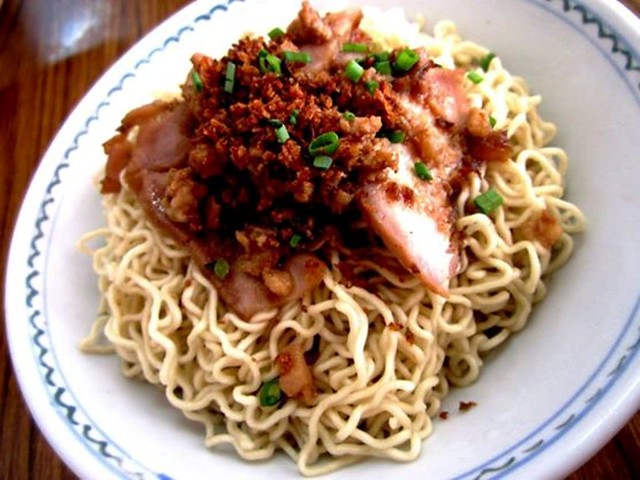 …or they would insist to no end that a certain brand of instant kampua noodles is a lot better than The Kitchen’s, seeing that I’ve blogged about the latter a lot as if I have vested interest in the enterprise, just to state a few examples…and maybe I am over-sensitive but it come across as if they are implying that I am so so so wrong and they are so so so right even though I have always stated time and time again that one man’s meat is another man’s poison – to each his own!  Note that I NEVER ever say something is THE best – I would always say it is my favourite…or the best, in my opinion. More often than not, it is not what they say but how they say it – they could have just said that they like that one some place else more and suggest that I go and try and that would be more civil and a whole lot more pleasant.

Well, unlike many other bloggers, I’m not making any money out of my blog so who knows, one fine day, when enough is enough, I may just decide to call it quits…for good. As they say, it is the last straw that breaks the camel’s back.