The other day, I noticed this on my dashboard: Check out the fireworks you created on your 2014 Annual Report so I clicked on it and this was what I got… 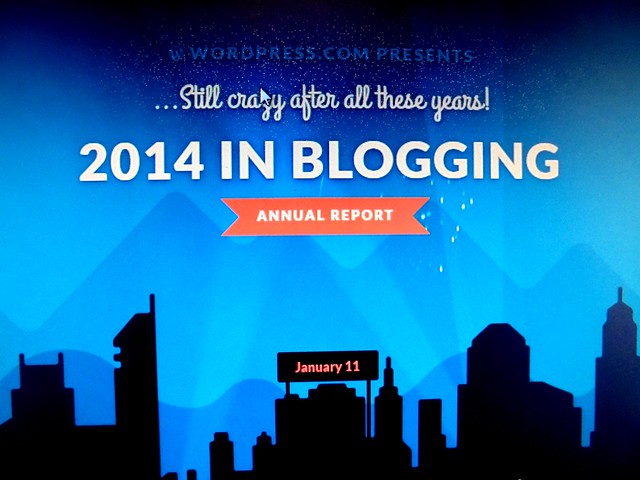 Gee! That was nice, I thought.

I scrolled down and saw this… 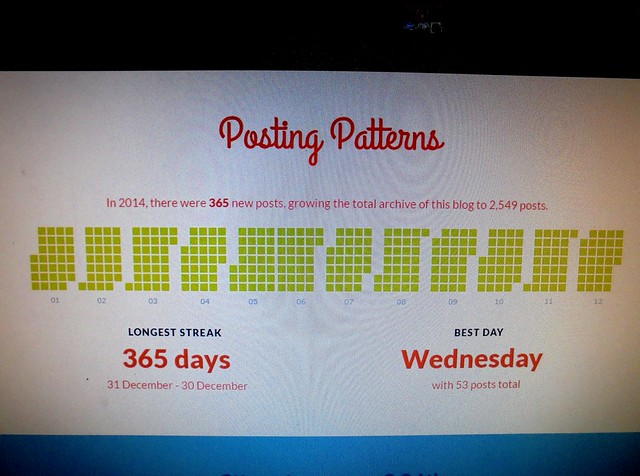 Of course, I had a post a day, 365 days in a year without fail…and at the time of writing, the total number of posts has already increased to 2,573 from the day the report was published.

According to them, these were the posts that got the most number of views in the year… 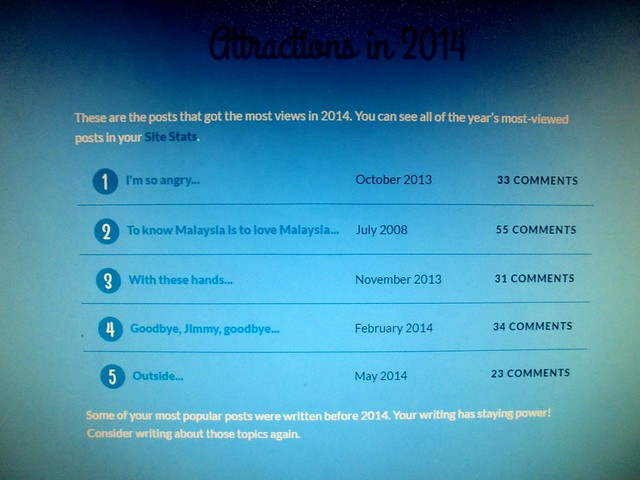 Top on the list was that time in 2013 when I was so pissed off with our national courier, Poslaju Malaysia as the consignment I sent to Seremban in Negeri Sembilan took almost a week to arrive despite its assurance that it would arrive the very next day – Dijamin sampai hari esok. I am surprised that there were still people reading it in 2014.

Now, it certainly was with very much interest to note that one very old post of mine was next on the list – this one features a patriotic poem that I wrote way before I retired from government service/teaching and since its publication, I have had people asking for permission to use it at their school assemblies, come August 31st or September 16th every year. You can see some of them in the comments on that post.

Third came the post on the making of The Kitchen’s instant kampua noodles. Hmmm…I certainly did not expect that to get so many views. I guess this and all the rest that I had on the noodles must have helped in some small way in promoting them to the general public so much so that the man behind the venture, Eric, saw it fitting to give me a special dinner treat even though he was not obliged in any way to do anything of the sort. That certainly was so sweet and generous of him.

The fourth on the list was written during that very sad time in the year with the extremely tragic and untimely passing of a very very dear friend of mine, Jimmy. It has almost been a year now and ever so often, I still think of him and there have been times when I missed him, his infectious laughter and his delightful company so much and I will never ever forget his selflessness, his readiness to be there whenever anyone needed him and of course, his unsurpassed generosity. He certainly was  a true friend, one that is so very hard to find, if at all that is possible. Without a second thought, I knew then that I just had to make the trip to his hometown for his funeral to see him one more time and bid him the last farewell…and to this day, the question remains – WHY?

Number 5 is another post on The Kitchen’s instant kampua noodles. I guess when people google for it, they will get the links to my blog so in a way, it has helped in increasing the traffic to my blog…or so it seems, not that it matters much to me as mine is not a money-spinning blog unlike those monetised ones that are desperate for an avalanche of views so they would be able to earn more. Right now, the total number of views has gone past 1.5 million, over 1,592,000 to be exact and the comments on the numerous posts currently totals around 72,000 with the best day in 2014 being Tuesday, February 18th, 2014. the day of Jimmy’s funeral.

Now where did all these people come from? 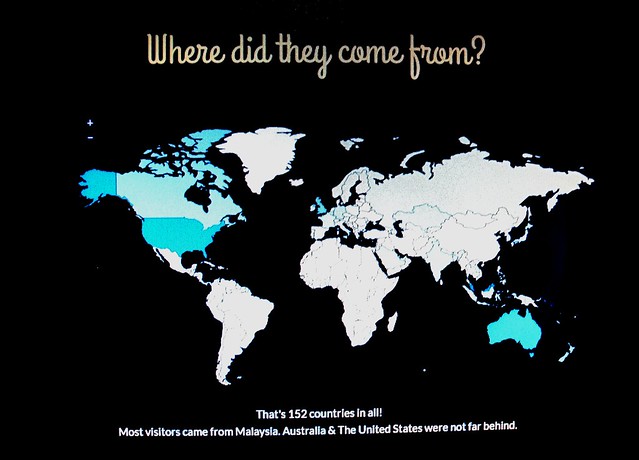 According to the chart, they came from all over the globe, 152 countries altogether but the majority came from Malaysia with “Australia and the United States not far behind“.

Ironically, the posts that garnered the most number of comments in 2014 was Say something – a wordless post…and yet, many certainly had a lot to say about it, 56 comments altogether. LOL!!! Many came, some went…and according to the report, in 2014, these were the top commenters for the year… 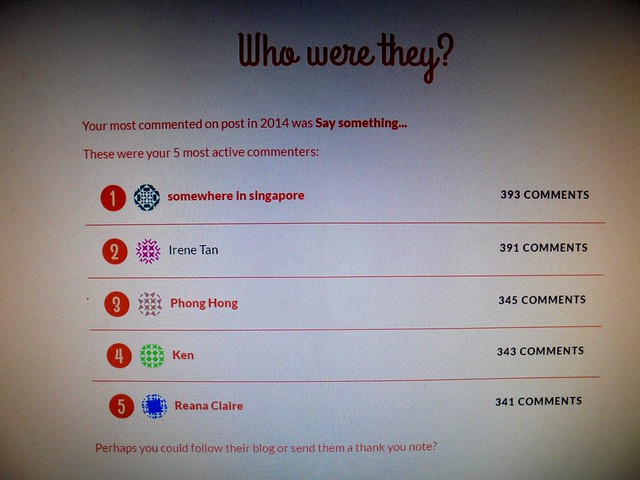 Hmmmm….it would be interesting to see the list in 2015. Will it still comprise this same 5 people or would they be knocked off the pedestal by some newbies to the blog? That, we will have to wait and see.

So, that wraps up 2014 – thank you all for your support, for never failing to drop by and most of all, for commenting – your comments are what keep me going, I assure you. Otherwise, it would feel like I am sitting here talking to myself and yes, I may be old but I am not that old yet and I am certainly not ready to go in that direction just yet. Cheers to all!