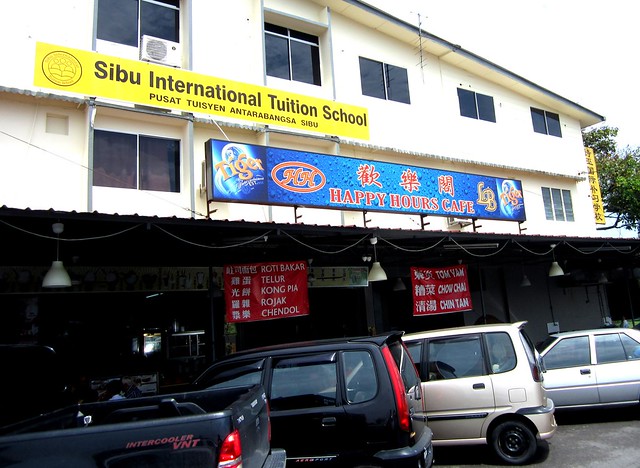 …that I’ve blogged about several times before, here and here, for instance.

Sometime ago, there used to be a stall here selling fish noodles and it was very popular. Long queues were the order of the day and after you had asked for what you wanted, you would have to stand there and wait. Once it was ready, you would have to take it yourself, self-service. The tom yam was everyone’s favourite but when I went once, I had the clear soup fish bihun and I thought it was all right – it certainly did not get me running back for more. Well, the lady has moved elsewhere and no, I have never gone to check her out at her new place but I hear the situation has remained unchanged. For one thing, she certainly is no Miss Congeniality and I certainly have no intention of patronising places with people like that. We pay them money, they make a living out of us so they should show us at least a little bit of respect. Surely it does not hurt one bit to be a little bit nice to people and I just cannot understand why people would want to keep going to such places at the risk of being scolded. Real silly, don’t you think? There are things that I can live without and I certainly can do without those things sold by this kind of people.

Well, I heard that her brother has set up his own stall at the old place selling the same things and no, he will serve you at your table – you will not have to do it yourself. Since I was around there that morning, I thought I would just check it out… 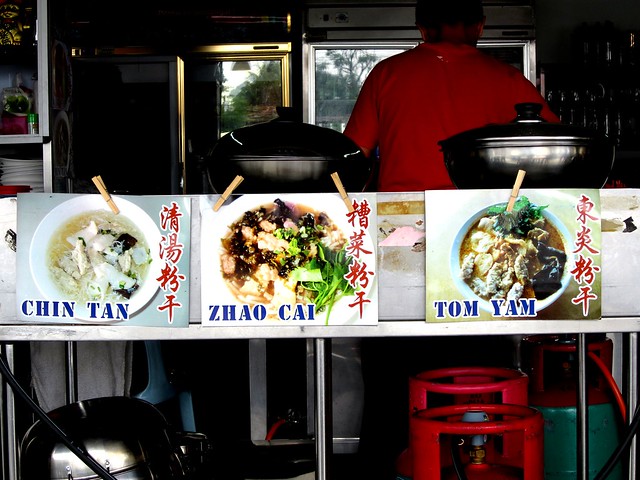 …and yes, the guy was very nice and friendly. Who says the fruits from the same tree are all the same?

My missus would probably want the zhao cai – she loves that with its sourish preserved vegetable soup and somehow, I could not get myself to go for the tom yam. Boring ol’ me, I just asked for the chin tan or clear soup with hung ngang, the big bihun (RM6.00)… 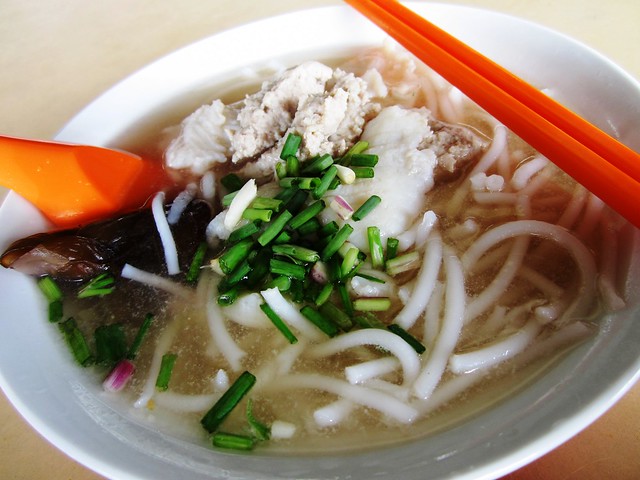 …which was nice even though I had a problem with eating the noodles using a pair of chopsticks – I’m not very good at using those. I wasn’t exactly fond of the fish either. If I’m not mistaken, it was just those frozen fish fillet, usually Dory, that isn’t my favourite. Preferably, he could  use some of the local fish fillet and he can always charge more should anyone asks for that.

Other than that, the soup was very much to my liking – light and tasty and I enjoyed the minced meat balls… 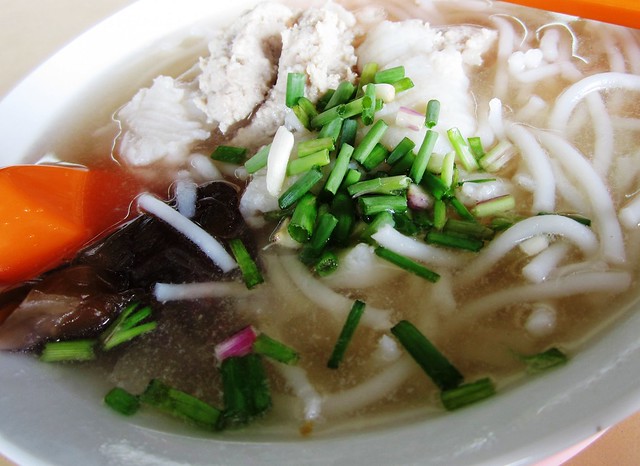 …that came with it. 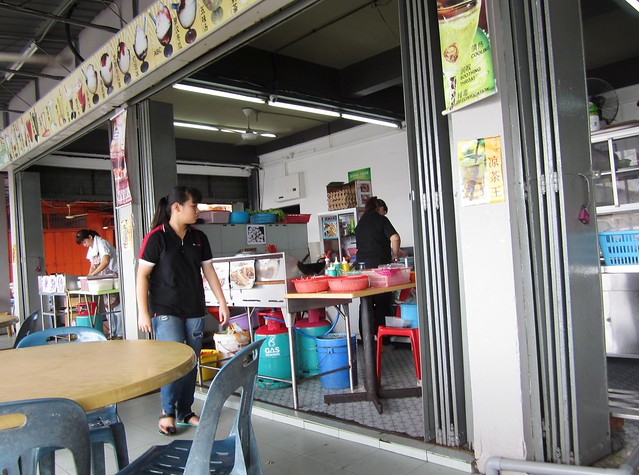 – she used to dish out some pretty nice stuff and I remember specifically her char kway teow and her pek koi. I did not see her that morning and I was not sure if these people were related to her or they had taken over that stall.

For one thing, I think the coffee here is cheaper – my kopi-o-peng (iced black coffee) was only RM1.60 compared to RM1.80 elsewhere and besides, I enjoyed the old Mandarin favourites that they played not too loudly at the place! Ahhhh!!! What sweet memories those songs bring!!!

FOOTNOTE:
I have received a series of anonymous comments, using an email address that led me to one of those food groups on Facebook but I am not sure if that Facebook page and the person concerned here are indeed related.

Well, according to one of the comments,
“…the owner have long change; The foods there is pretty delicious already; You should actually try the new foods there instead of commenting…” [SIC]

In another comment, the commentor said:
“just to add on–>I just cannot understand why people would want to keep going to such places at the risk of being scolded ; you really should find out next time before posted this…I mean I believe not only me but people that live around there like me certainly knew that the owner have change, so….do visit the place at the its busiest time: when I meant busy, it is very very busy…” [SIC]

…and in yet another comment, the person remarked:
“…I really suggest that you go and try that place again since the owner have changed totally; I am certainly surprise by the way you wrote it without finding out information as this actually decrease my credibility towards your blog… even the one who whom do the drinks for this shop have changed -.- ; For goodness sake, please go and try again…I am actually surprise and disappointed =( by the way you insult the new owner…” [SIC]

From the latter comment, as I understand it, it seems that what he/she meant is that somebody else has taken over the noodle stall and somebody else has taken over the selling of the drinks in the shop. The comments are kind of vague and I am not even sure but it seems he/she is talking about this particular shop in my post. Yes, I did notice that there are new people running THIS coffee shop – Happy Hours…and the food stalls (not too sure about the kampua stall in front and the chu char place at the back which was not open that morning)…and I did say I liked what I had and the guy was nice and friendly, the coffee was cheaper than elsewhere and I enjoyed the Mandarin songs played. Well, if we are talking about the one and the same, then I do not know what the commentor is going on and on about since I did not say anything not too flattering about this place, the place, the people nor the food.

Nonetheless, thank you for your comments whoever you are but if I may add, “It is not so much what you say but how you say it.” I am indeed thankful for any added information, correction and even personal opinions contrary to mine that anyone would like to share but it would be nice if people can try and put them across nicely or in a more pleasant manner instead of just barging in and scolding away – just like the kind of people aforementioned in the post. Thank you.