I had to go to the bank the other day so I went out in the afternoon, a little late at around 4.00 p.m., thinking that it would not be so crowded round that time but how wrong could I be! The vicinity where the one that I usually go to is located was jam-packed with cars, illegal parking in every available space along the roads and I had to go around slowly in search of a parking space.

I saw a young lady getting into her flashy and impressive-looking 4WD about to vacate the parking lot…but that was meant for the disabled. No, thank you. I am neither physically nor mentally disabled and I would not want to leave my car in that space meant for special people, even if it would only be for a minute or two. Not me! Honestly, I just cannot understand how people can lack the social responsibility and civic-mindedness and blatantly park their cars there when I am sure they know they should not be doing such a thing. Tsk! Tsk!

I decided to try another branch on the other side of town and yes, I was able to find a parking space somewhere in between that bank and the Sibu Central Market. It was nice and cool that day so I decided to walk to the market first to stroll around and see if there was anything that I wanted to buy. Nope, I did not manage to get anything but I enjoyed that stroll…and after that, I walked to the bank to withdraw some money from one of the ATM machines there. Having done that, I thought I would just pop by the bakery next door – Applebee’s.

This bakery is a subsidiary of our very own Sarawak fast food franchise, the Sugar Bun. I used to love their egg tarts and also their chocolate brownies that had lots of raisins in them and thin slices of cherries on top and all over…but yes, that was very sweet so I stopped buying eventually. Then, they moved on to focus on our Sibu kompia and it was very successful indeed. Eventually, the novelty wore off so I guess it is not doing as well now as when they first embarked on that venture. They are still making and selling them though…and I did see a pack of 4 with meat filling, selling for RM2.00 – that would work out to 50 sen each so I reckon that was very reasonably priced.

Nope, they no longer have those favourites of mine, just a bit of this and that, stuff that did not really tickle my fancy. In the end, I decided to buy this so-called creme cake (RM6.00)… 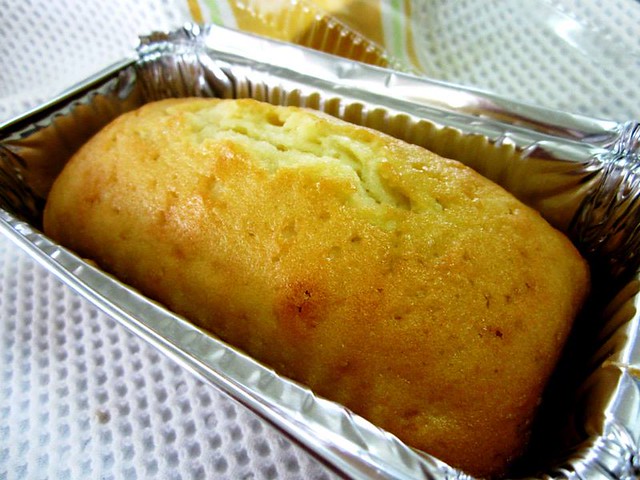 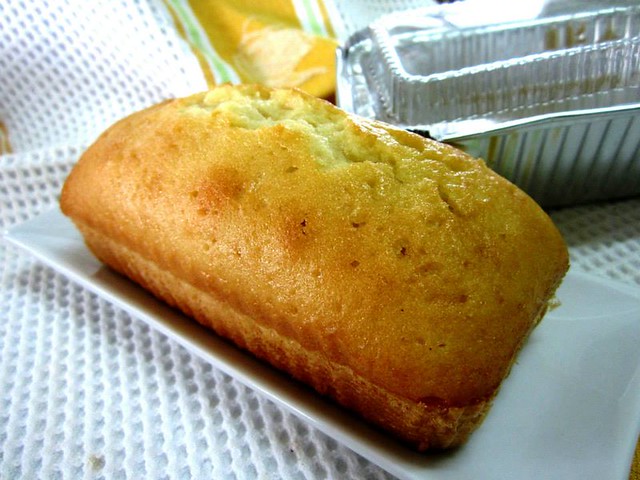 …but when I sliced it, it got me wondering as to why there were those “passageways” that one would find it kek sarang semut (ants’ nest cake)… 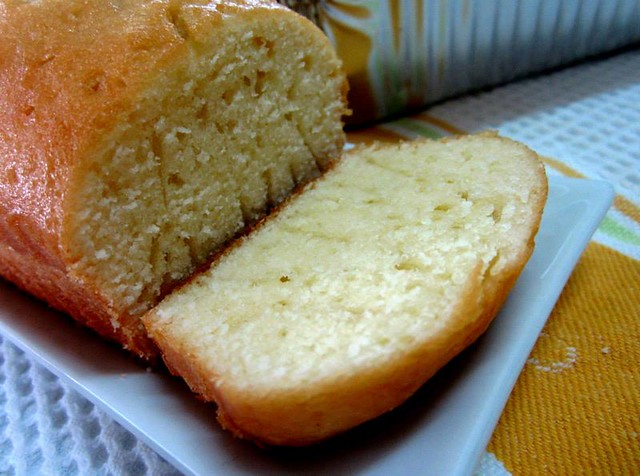 I’m not into baking so I wouldn’t know the explanation – perhaps, those of you who bake regularly can enlighten me a bit on this. Other than those blemishes, I thought it was quite nice – light, not as strong as some of those butter cakes that we have around here, soft and moist but I did  not think it  was anything so special that I would want to buy again.

My girl bought me a slice of red velvet cake from some bakery in town and it was very nice, just a tad too sweet so I would not be making a beeline back to the place for more. They had red velvet here too and I bought a loaf (RM6.50)… 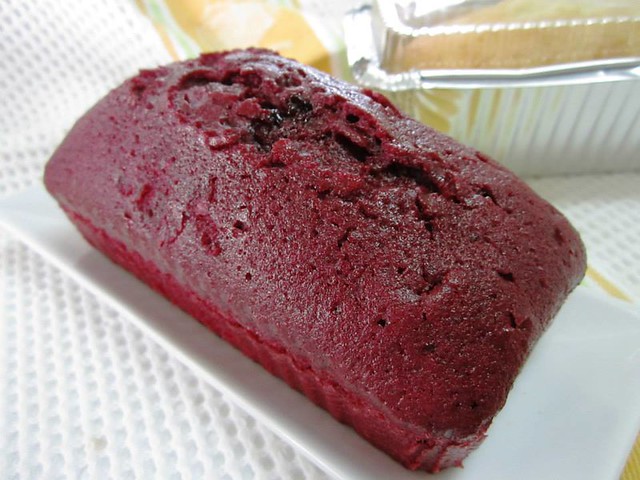 …to see if it was any good.

Yes, it was not too sweet, very soft and moist… 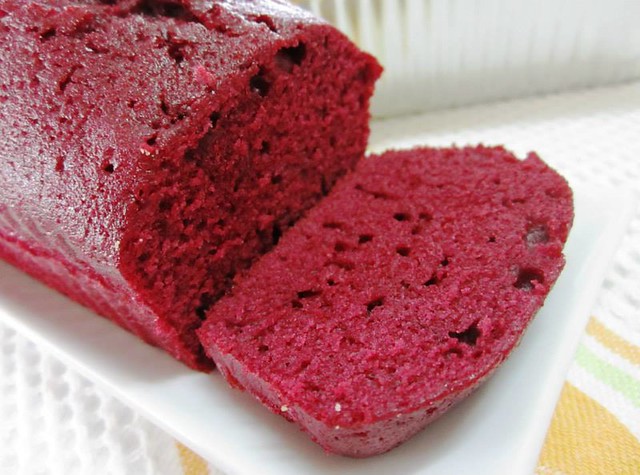 …and never mind the fact that it had some little holes in it and there wasn’t any of that very nice cream cheese frosting, I thought this was good enough and I would not mind getting more should I happen to be around that part of town again.

Now, that night, at around 9 something, when I was about to call it a day, suddenly I found that I had this excruciating pain in my left ankle. No, it was not gout – I did not think I ate anything that I shouldn’t have had nor a lot of anything that day. Maybe it was because I had walked too much that day…and at the time of writing, the nagging pain is still there everytime I need to get on my feet and be on the move. Now, perhaps, if I were to drive to town, I would be eligible to park my car in that parking lot…specially designated for disabled persons. Shame on you if you’re one of those who do that even if it is only for a few minutes once in a while.