Bakso is quintessentially a dish from our neighbouring country on the other side, Indonesia.

The name intrigued me as bak in Chinese (Hokkien) is meat…as in the name bak kua (barbecued pork slices) so I googled it up and this was what I found on Wikepedia:  “…The name Bakso originated from bak-so (肉酥, bah-so), the Hokkien pronunciation for “shredded meat”. This suggests that bakso has Indonesian Chinese cuisine origin…” Well, I don’t know whether it is due to the territorial differences or what but here, we call minced meat bak chor and that’s pretty close, I guess. Of course, in Indonesia, being predominantly a Muslim country, they use beef and at times, chicken as well. 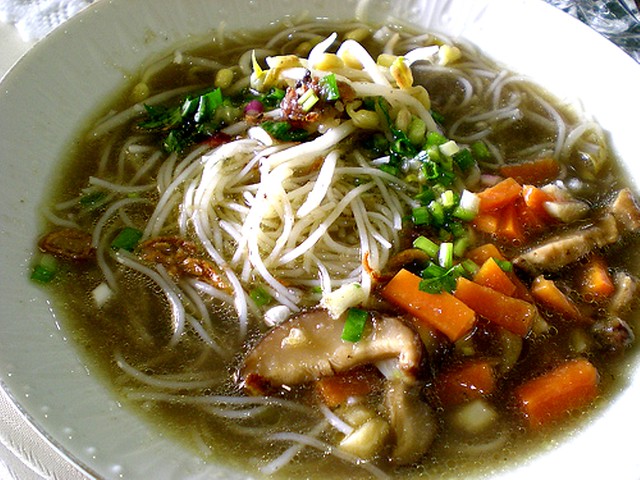 …though I would not say that it swept me off my feet.

Sometime later, I spotted a stall selling it…

…right beside the ayam penyet place at Bandong that we do frequent quite a lot. I wouldn’t know whether it was because we already had our dinner earlier that evening but I thought it wasn’t all that great either…

…plus I felt there was a bit too much msg for comfort.

Not too long ago, I was invited to this food tasting session at the food court beside the Sibu Bowling Centre and I had the bakso from one of the stalls there… 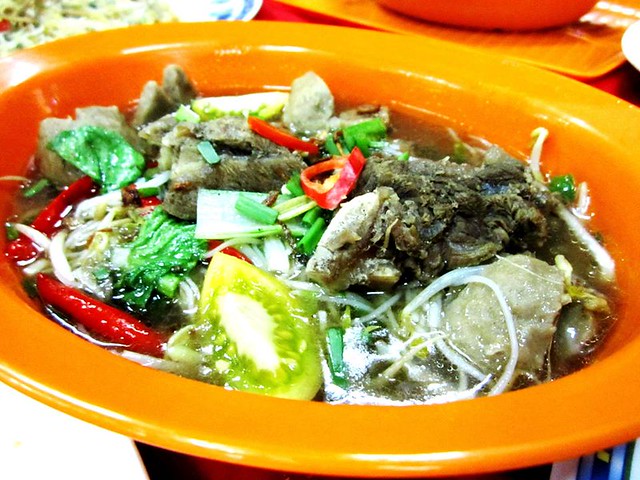 …and I really enjoyed this one. However, somehow or other, I have not had the opportunity to go back there since to have more of it.

Anyway, recently, my niece, working in Singapore, went to Bali and when she came home, she gave us a packet of instant bakso. I did not take a photograph of the packet as it did not look all that attractive and I was feeling somewhat skeptical – I did not think it would be all that nice and at best, it was going to be something like all the rest, the multitude of instant noodles on the shelves in the shops and supermarkets here, there and everywhere. Nonetheless, one morning, I thought I would just cook and have it for breakfast. 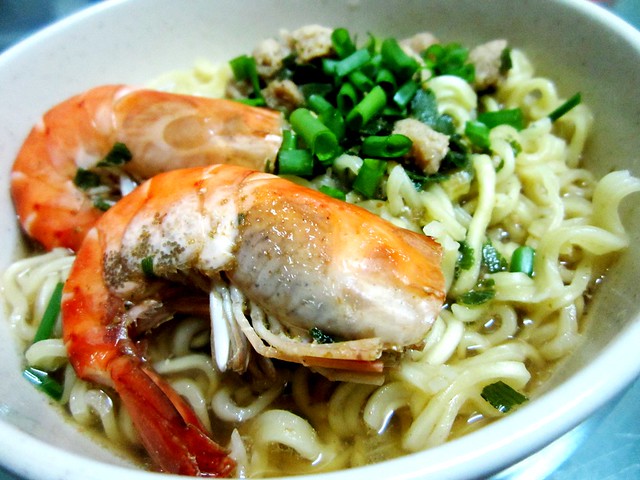 …and I did garnish it with some chopped spring onions from my garden before I started eating it.

Everything else came from inside the packet – the little meatballs and the garnishing, the bumbu (seasoning) and the chili powder and even a bit of fried onion oil… 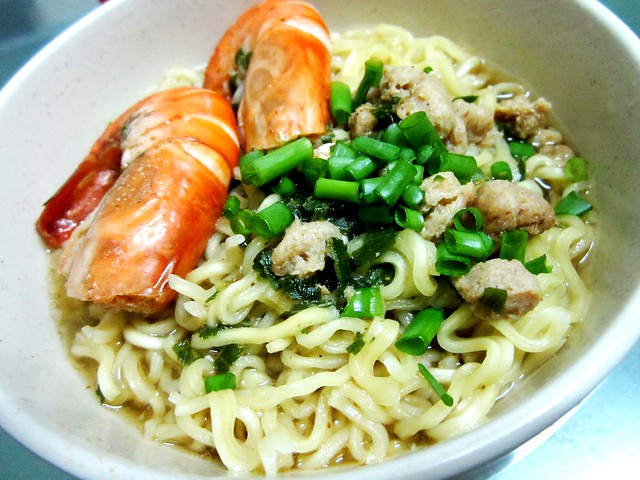 I tried it and good golly, it was VERY nice!

Unfortunately, my niece only gave me one solitary packet and that was all that I had…and I don’t think anybody else is hopping over to the other side anytime in the near future. I don’t know if it will be the same or not but I suppose I can always cook my own…or be happy with those that I can get at the stalls around here.

STOP PRESS:
Well, I’ve tried cooking my own but I did not really go full swing as I was afraid that it would not turn out nice. I used these beef balls…

…that we enjoyed a lot but I only used a few of them, just in case! They turned out to be a whole lot nicer than those fishball-like ones that they use in the shop as they still have that texture of minced meat in them.

Well, since what I managed to dish out was really good and was well-received by all, I certainly would want to go all the way the next time around – the complete works. No holds barred! Watch out for my blogpost on that!

21 thoughts on “From the other side…”