No, it may look like I’m pregnant but I definitely am not, by any chance, in the family way and that is exactly what this English expression means. A little learning is a dangerous thing, so they say and imagine some sweet young thing wearing a t-shirt that cries out loud in front, “I’ve a bun in the oven!” or worse, “So many men…so little time!”

Anyway, that aside, actually, I would like to highlight in today’s post some so-called Korean buns that I got to try recently. A friend of mine shared on Facebook this photograph of the ones that she bought… 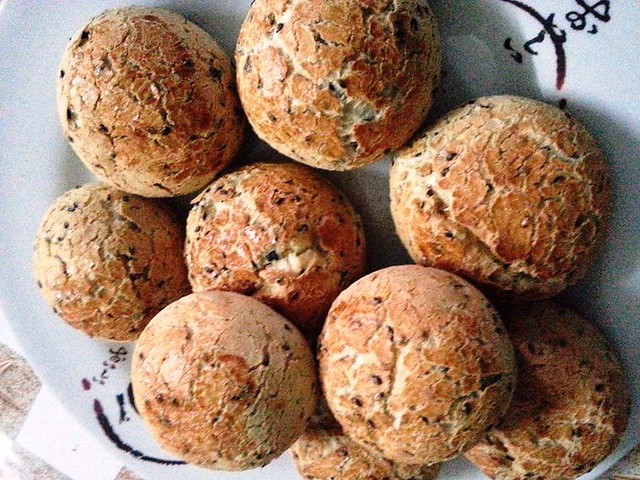 …and I wasted no time in asking her where she bought them. She told me that they were sold at a cake accessories shop among those in the Apollo area here, opposite the primary school (Su Lai). Well, that should not be too difficult to find, I thought, considering that there are only a few blocks of shops in that not very big area.

However, when I went around lunchtime one fine day, I was told that they were all sold out and I would have to go back another day if I wanted any. The girl said that they would bake them on the first floor above the shop and every hour, they would send a tray of the buns down, piping hot from the oven, for sale but only till around 11 something in the morning. I wouldn’t know but I guess probably, they only had one small oven so they could not bake a lot at one go, just one tray at a time.

The very next day, I made it a point to go a bit earlier and I managed to get some to try… 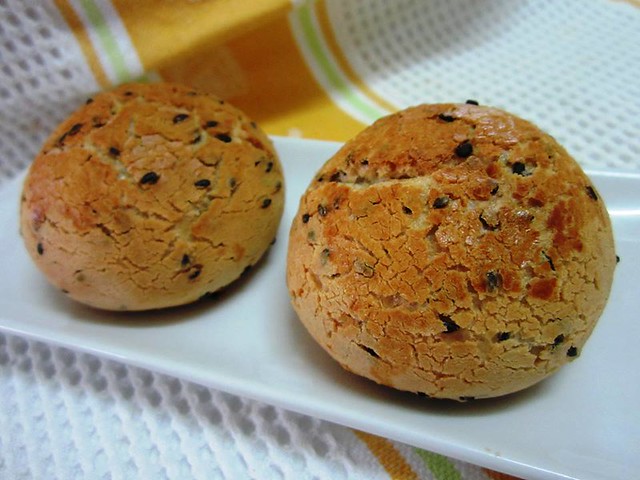 On the outside, I thought they looked like those artisan breads but no, they were not anything like those.

They had a very fragrant and thin crust on the outside… 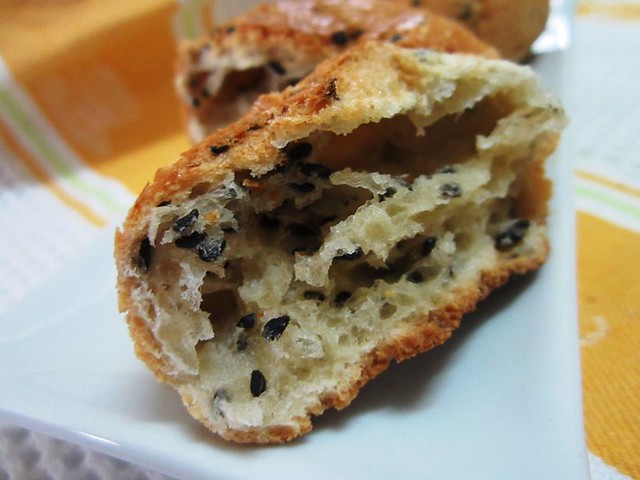 …and with the toasted sesame seeds, initially, I thought it tasted something like our Sibu Foochow kompia. However, as I continued eating, it became quite clear that this was quite different and as a matter of fact, I would say that I liked this a lot more.

I googled and found out that these were supposed to be Korean mochi buns so it was supposed to be slightly chewy on the inside,  just that I did not think it was all that sticky and rubbery like mochi… 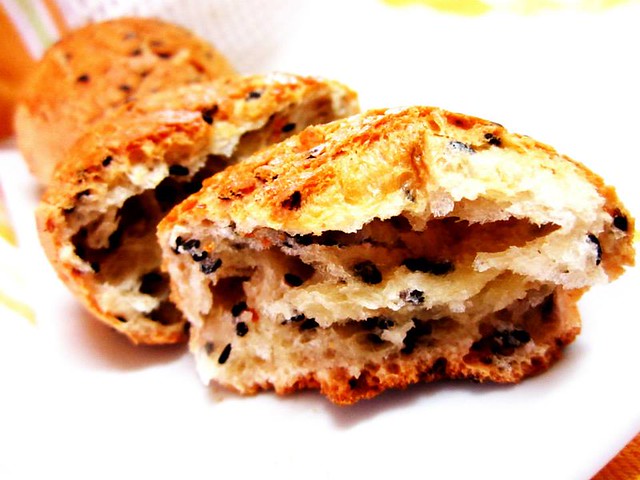 …and the texture actually gave some bite to the bun and made it different from normal bread or buns and with a very slight hint of sweetness that complemented its fragrance and taste, I would say that I enjoyed it…very much!

My missus said that she did buy some once at a local bakery but theirs were bigger and more expensive but she did not think they were any good and that was why she never bought anymore after that. Like me, she also enjoyed these a lot and at RM1.00 each, we thought it was quite reasonably priced and we would definitely go back there again to get some more time and again. 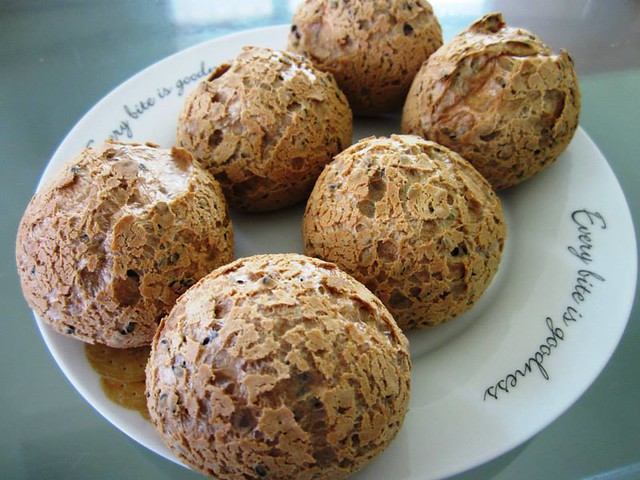 They were much cheaper – only 70 sen each and you can get 3 for RM2.00. To me, they did seem slightly smaller and did not look as nice on the outside. The taste was exactly the same except that they did not have that nice and crunchy outer crust that the ones aforementioned have so they were completely kind of tough and rubbery.

Given a choice, I certainly would buy the ones that I like more even though they may cost a little bit more.