An ex-colleague told me that I should drop by here… …to try their pek koi (white cake). He thinks it is the best around but I would have to ask for the or koi (black cake) so that it would come out black, fried with dark soy sauce. In case anyone’s wondering, this coffee shop is right beside the Nissan showroom on the other side of the Sibu Bus Terminal commercial centre, a bit to the left of this place.

Well, it so happened that I was in the vicinity that morning to collect my orders for the instant Sibu kampua so I decided to drop by here and give it a try. Unfortunately, I neglected to tell them I would like it black so it came out like this… 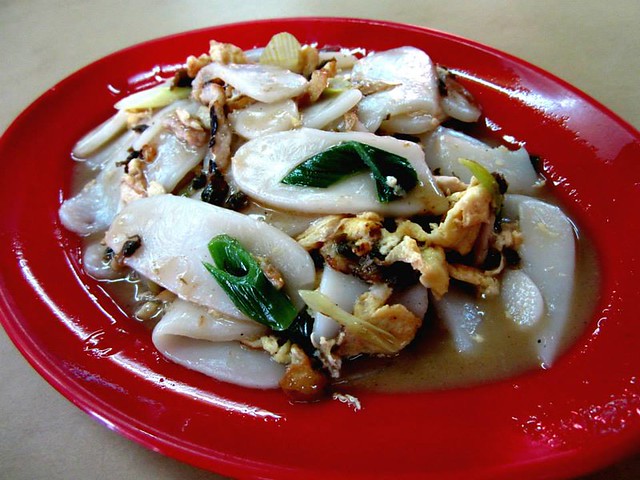 If any of you have not come across this in my earlier posts on the dish here or here, for instance, this is pek koi… 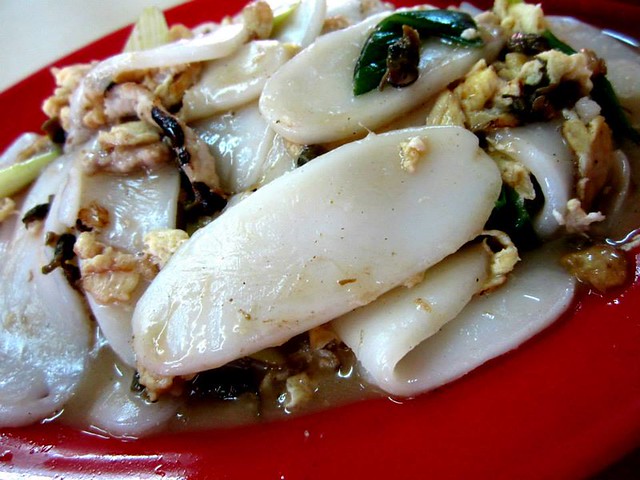 …or white rice cakes. The dried pieces are sold, packed in plastic bags, at most grocery stores and supermarkets. In the past, the made-in-China ones would be so hard that you would need to soak it overnight to soften before you could fry them and eat. I hear that there are some these days, I don’t know if they are made in China or some place else, whereby you would not need to do that. It makes no difference to me really as I am not really a fan and you would not catch me buying any and cooking my own.

There are places around here that fry them black like char kway teow (fried flat rice noodles) and there are others that cook them this way – with the canned clams in soy sauce and egg. 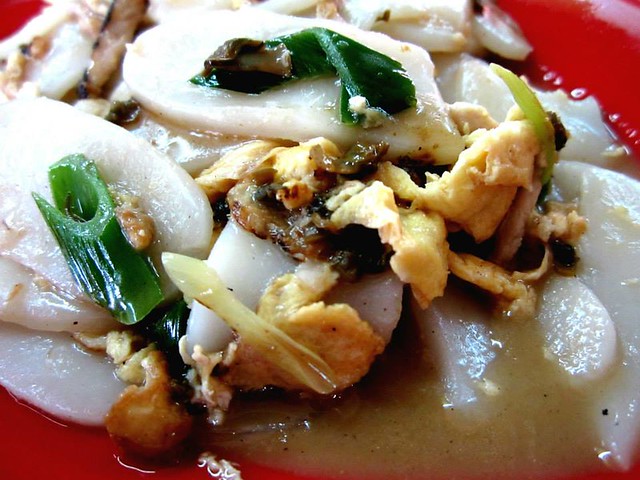 If I’m not mistaken, the one here had a little bit of thinly-sliced leek in it as well.

This was RM3.80 a plate, probably an increase of 30 sen from RM3.50 before…and I would say that it was nice and something one might consider having sometimes for a change but seeing that a plate of kampua noodles is RM2.70 or 2.80, a ringgit less, and many would agree that they’re a lot nicer, I guess occasions when I would go for this again would be few and far between.

26 thoughts on “Whiter than white…”