My friend, Ken, no…not the Penang one, but my ex-classmate now living in Australia, was home last weekend for Ching Ming and also our school’s alumni’s annual reunion dinner.

I picked him up at his hotel the moment he arrived and he said that he wanted a “truly Sibu lunch”. Huh? What on earth would that be? Kampua and kompia? When I asked him, he told me that he was thinking along the lines of something like dianpanngu. Eyewwwwww!!!! No, thank you…and definitely not so soon, not when I just had that a few days earlier.

In the end, I took him here and I guess anything that is truly Sibu would have to be quintessentially Foochow so I ordered the cangkuk manis fried with egg… 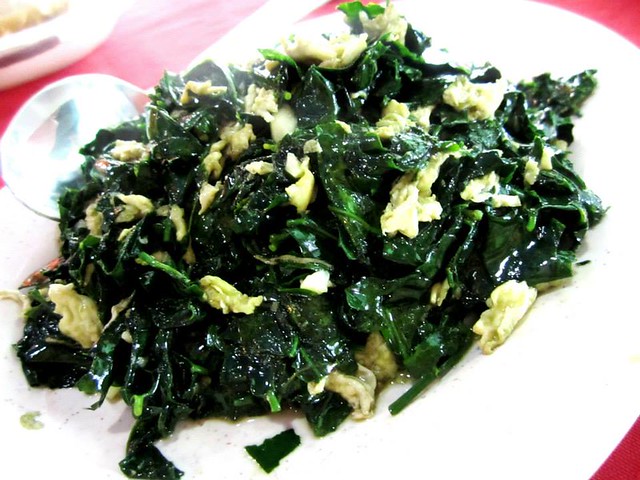 …and the tauhu tier… 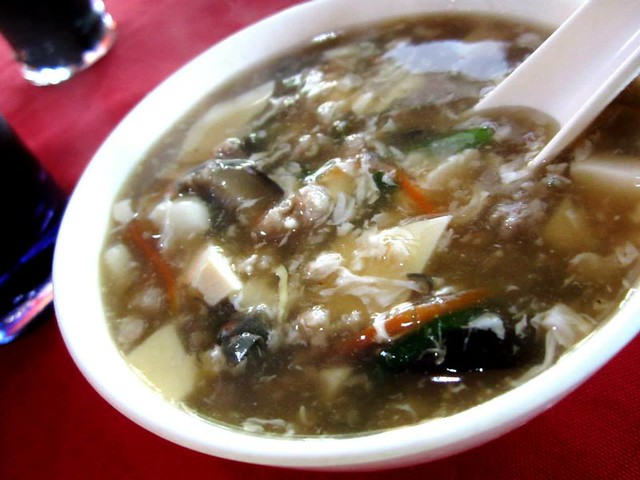 – our Foochow-style tofu soup. He loved it so much and kept saying it was good! I just had one little bowl and he finished all the rest. LOL!!! For one thing, I did not think this was how it should be done. Theirs is something like sharks’ fins soup…minus the fins and with tofu and canned oysters added instead. Their sea cucumber would be something similar – minus the fins but with bits of sea cucumber in place of those. It was very nice, no question about that…just that it wasn’t like how we would usually have it at home.

When it comes to preparing midin (wild jungle fern), the Foochows would just blanch them and toss them in lard and the traditional Foochow red wine and ginger or fry them with those same ingredients. They do serve their kangkong like this too but personally, I can’t say that I’m a fan so since Ken did not mind, we had the ferns fried with belacan (dried prawn paste) instead… 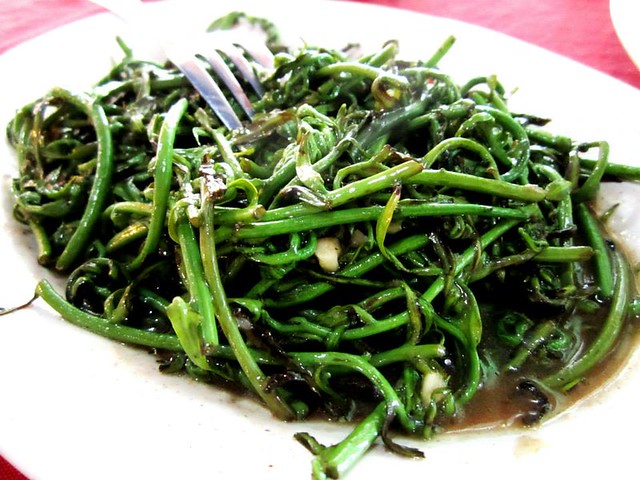 For the meat dish, the boss suggested sweet and sour pork ribs and we decided we would not mind that… 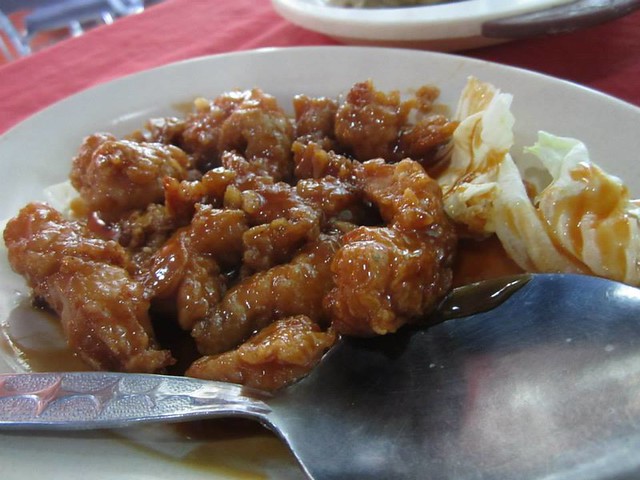 They do it very well here but compared with the one at that other place the other day, I still think they do it much better there.

Well, it came as no surprise that Ken enjoyed the lunch thoroughly and that nice guy insisted on picking up the tab. I found out from him that the bill came up to RM44, inclusive of rice and drinks, around AUD$14.00. I guess that would be cheap for him – probably just enough for a decent meal of one Down Under but to me, I thought that was kind of on the high side. Normally, I would pay around the same for three persons – me, my missus and Melissa…but we usually order servings for two only. I guess that was what Ken and I had – servings for two and hence, the near identical total on the bill. I wonder if they do have servings for one or not. 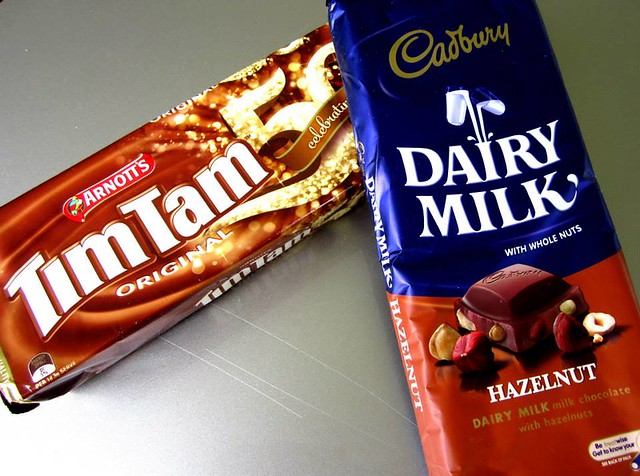 He said that Australia = Tim Tam = Australia and that was why he got that specially for me. That was indeed so very nice of him .  My! My! He actually thought we could not get them here. Hehehehehehe!!!! It sure looked like I would have to take him to that supermarket in town with the imported stuff from all over and watch his jaw drop! LOL!!! Anyway, as they say, it’s the thought that counts, Ken – thank you so much…and thanks for the lunch too.

P.S.
HERE ARE THE ANSWERS to the quiz in yesterday’s post. The vegetables are:
1   Cangkuk manis or mani cai or lakia cai
2   Tapioca or ubi kayu/chiew chu AND pumpkin or labu/pu
3   Bitter gourd or kho kua or peria
4   (Sweet) corn or jagung
5   Chai hua/chai sim or sawi
6   Ensabi or sawi Sarawak – note the jagged edge of the leaves
…and the first all-correct entry came from Chris Anthony. Congratulations!!! Do send me your mailing address via my inbox on Facebook and I’ll send a prize down your way soonest…and to the rest, good try – watch out for the next time I’ll have a quiz of sorts like this one in my blog. Cheers!