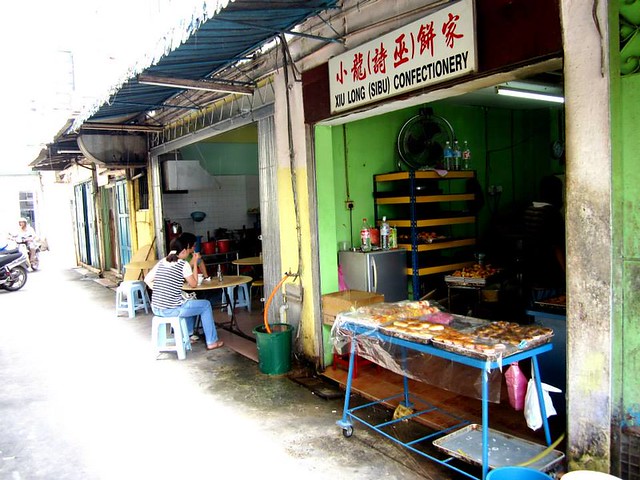 …but sometimes, I wouldn’t have much of a choice.

We used to drop by during my teenage years – it was already very popular then. I wouldn’t say I liked it a lot, not even way back then…but it was something that we could have for a change, those days before the fast food franchises and all when we really did not have much to choose from.

That small shop, right next to the confectionery, has been there for as far as I can remember and it has not changed one bit. Oh yes! It has a name…just that the sign is placed inside the shop… 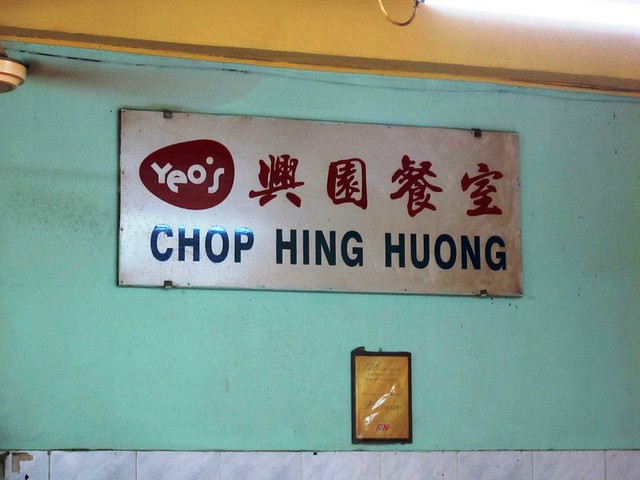 …and you can imagine how hot and stuffy it is in that small enclosed space. ..and the fact that I would have to sit precariously on those little stools sure does not help one bit.

I was here once, if I remember correctly, when a cousin from Kuching came to town on a working trip and if I’m not mistaken as to which one it was, she’s now in Australia, married with two kids – she was still single at the time. Then, when I started blogging, seeing that this Foochow delight is immensely popular among all and sundry, I decided that I should feature it in my blog. So I went to the other place in town – they say they’re related, the sister or something…and I could not even finish half the bowl that I ordered and when I HAD to go again because there were visitors who insisted on going for a bowl, I had something else at that other shop.

Now, what is it here that is so special that people keep coming back for more? Well, it’s the dianpianngu… 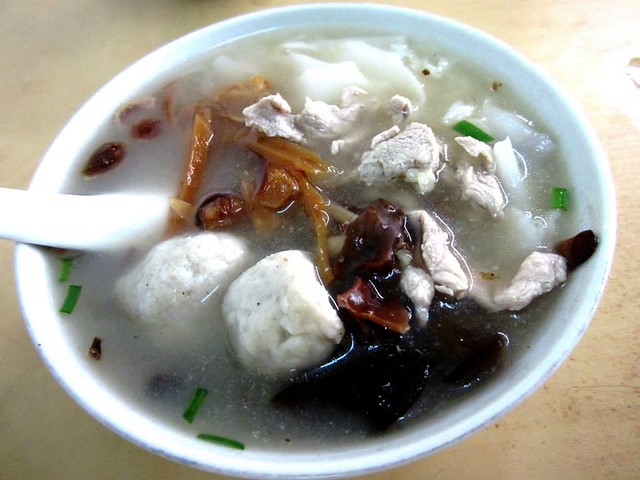 Gosh!!! It is so famous that it even made it into the local daily!

If I’m not wrong, dian means wok and pian is turned while ngu means gruel or something like that…so dianpianngu would be this unique dish with those white flat noodle-like sheets… 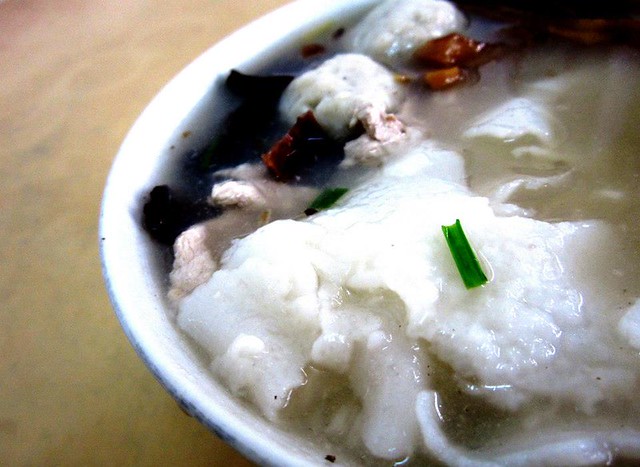 …made using a wok and everything else served in its special broth. I think the local Malay name for it is bubur ikan or is it bubur sotong…but it isn’t exactly bubur or porridge actually.

Well, there is sotong in it – the dried cuttlefish or what the Foochows call meng ngee. Some people say that the dianpianngu at the other place is not as nice and from what I saw that time long ago when I had it there, they used fresh cuttlefish which would not have the sweetness and the fragrance of the dried ones. They use the latter here, it seems…but I don’t think they use those expensive ones imported from China selling at over RM10.00 for one small piece. I guess that is why even though they have that here in thin tiny strips, that much coveted quality is lacking in the broth or soup…and probably that is also why I hear a lot of people saying that it is no longer as nice as before and yet, they would insist on going back there for more, more and more.

Well, my friend’s son, Michael, also insisted on going that day so even though we had had a rather heavy lunch, I took him to the place and I did order a bowl… 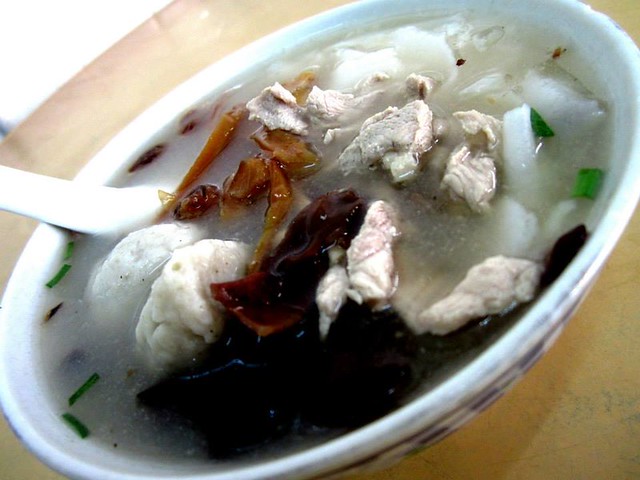 …for myself just to give it another chance.

Well, I did think it wasn’t too bad even though it certainly did not bowl me over or get me jumping with delight. I was put off by the fish balls, unfortunately – they were soft, not firm and springy and they had a horrendous fish smell that was so bad that I spat it out immediately. Initially, I actually thought that they had gone bad but when I tried a bit more of the other fish ball, I could tell that it was not the case…and I just left the rest of it by the side. For somebody home from abroad, Michael must have been horrified and disgusted to see me spitting it all out like that… Blush! Blush!

I must say that it is really so amazing that like so many of the rest, Michael who, in fact, was born and raised overseas and not here, was actually craving for it and insisted on eating it before he left town the very next day. Perhaps if you drop by this little ol’ town, you would like to drop by here and give it a try too?